Derrick Rossi, the co-founder of Moderna, got the Pfizer vaccine and he's happy about it

The Canadian stem cell biologist helped pioneer the mRNA industry, which led to the COVID vaccines that could change the lives of billions 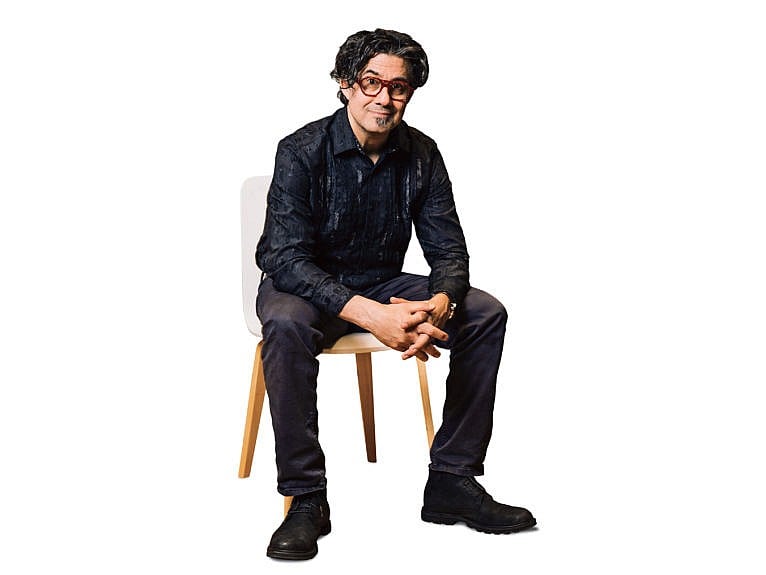 Dr. Derrick Rossi, the the co-founder of Moderna. This portrait was taken in accordance with public health recommendations, taking all necessary steps to protect participants from COVID-19. (Photograph by Jake Belcher)

As Derrick Rossi waited in line for his COVID-19 vaccine, everyone standing six feet apart, he reflected on the significance of the moment.

Getting vaccinated against a virus that brought the world to its knees will be memorable for most people, but it has special importance to Rossi. The Canadian stem cell biologist at Harvard helped pioneer mRNA vaccines nearly 10 years ago as a co-founder of Moderna Therapeutics (though he’s no longer affiliated with the company). Modified mRNA is a key part of the COVID vaccine; when it successfully makes its way into our cells, it carries instructions to express a protein—in the case of the vaccines, the virus’s spike protein, which prompts the production of antibodies for COVID-19. It was Rossi’s experiments in 2010, with the goal of finding a way to create stem cells, that unveiled the therapeutic possibilities for mRNA technology.

While the Pfizer and Moderna shots are the first vaccines to use mRNA, he admits “it’s not the first time I’ve dosed myself with mRNA.” Before his eureka moment, he experimented on himself: he took mRNA encoding a jellyfish protein encased in lipoplex (used in gene therapy) and “smeared it really hard” on his arm in the hopes it would penetrate his cells and make his skin glow green.

The experiment failed, but he guesses it would have worked had he used a needle—intramuscular delivery—like the COVID vaccines. “I couldn’t resist,” he says. “I think it might have been the first time we ever tried to go into any animal. The first animal might have been me.” Luckily, he tried again, this time with a firefly protein injected into a lab mouse. It worked—the mouse glowed. The discovery, which built on the work of other scientists, set Rossi and his collaborators on the path to founding Moderna.

“Others may have developed mRNA therapeutics, but they would not be here at this time,” says Rossi. “The work we did launched the whole industry.”

Moderna has been successfully raising money and making deals since its inception, but Rossi has always thought that once it made a medicine that “altered the quality of life for somebody,” he’d be truly satisfied. “I guess that time has now come,” he says. “I didn’t imagine that it was going to be a global pandemic. There’s literally going to be billions of people on the face of the planet whose lives are changed significantly because of this.” Now, he feels a sense of responsibility to inform the public on the science behind the virus and vaccine, and has spent much of his time in isolation answering daily media calls to do so.

When the time came for his vaccination through his affiliation with the Boston Children’s Hospital, it was the Pfizer-BioNTech mRNA vaccine that made its way into his arm. His friends find it very funny that the co-founder of Moderna didn’t get a Moderna vaccine, he says. But Rossi is pleased because it gives him the opportunity to tell people: get vaccinated. “Don’t pick and choose,” he says. “Even if a vaccine is only 60 per cent efficacious, it’s better than zero per cent.”