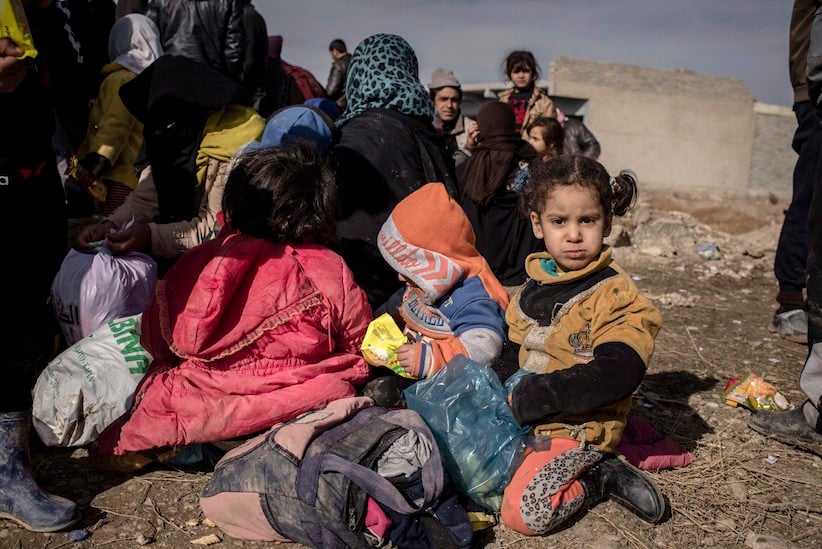 ERBIL, Iraq – A baby’s cry pierces the din as dozens of people wait to see a doctor or nurse at what’s surely one of the busiest health clinics in the Middle East: inside a sprawling refugee camp that’s home to 18,000 displaced men, women and children.

The clinic’s future is as unclear as that of its clientele.

The facility is just one of several projects Canada is supporting in Iraq as part of its efforts to help those affected by the war against the Islamic State of Iraq and the Levant — help those on the front lines say is desperately needed.

“It’s very important for the people here that they have this clinic and they can get services here,” Azad Murad, a nurse with the International Organization for Migration (IOM), said through a translator.

“And it’s really good that the Canadian government … helps the clinic, because it is a great help for the people here.”

But as welcome as Canada’s support is, the UN and other aid agencies say more is needed from the international community — now and going forward.

“One of the things we are nervous about inside the humanitarian community is once (ISIL) is gone in the next couple of months, the world is going to turn its back,” said Lisa Grande, the UN’s humanitarian chief in Iraq.

“They’re going to look at Syria and Yemen and other places that have a crisis. But we know the humanitarian crisis in Iraq is not going to be over when the fighting is.”

The Liberal government pledged last year to provide $840 million over three years in humanitarian aid to Iraq, Syria, Jordan and Lebanon as part of its revamped mission against ISIL.

On Monday, International Development Minister Marie-Claude Bibeau revealed the latest details, announcing that $52 million would be directed to different NGOs working with refugees in Iraq.

The funds will be directed to three key areas: health care, clean water and sanitation, and providing psychological help and counselling for those affected by conflict, especially women and children.

Another $187.5 million will go toward similar projects in Syria, Jordan and Lebanon.

Speaking from Erbil after touring the nearby Ashti refugee camp, Bibeau said she saw and heard first-hand how Iraqis are struggling with the traumas associated with war.

That’s why Canada has put a special emphasis on psychological support, she said.

“They’ve been through horrible things, and they were telling me how this support from our humanitarian partners is important for them,” Bibeau said.

“And not only talking about the food, but the needs they have in terms of psychosocial support.”

Women and girls have been a particular focus for Canadian assistance; one such initiative, visited recently by The Canadian Press, is a women’s centre in the Khanke refugee camp near the city of Dohuk.

Established by the UN Population Fund in October 2014, the centre features a women’s-only health clinic, including reproductive education, recreational activities such as knitting, and job training.

“Before coming I was not comfortable, I was crying,” Baran Shmo Yosf, who fled with her family when ISIL attacked their town more than two years ago, said through a translator. “Now I can keep going on.”

Bibeau said Canada is unique in having pledged its money for a three-year period, a strategy meant to give its UN and NGO partners confidence to run their programs over a longer stretch of time.

“Part of the review is to reconsider where we work. The idea of the countries of focus and partner countries is on the table right now,” she said.

“Obviously the Middle East is a fragile area and a fragile region, and this is in my mandate, to refocus international assistance on the most vulnerable and on fragile states.”

Grande did not single Canada out specifically, but said the international community has “responsibility” to continue to support Iraq as it tries to rebuild following years of war.

“The planning horizon for coming out of a civil war is a generation,” she said.

“If we’re lucky, that’s 10 years. If it’s a miracle, it’s five years. On average, it’s best to assume it’s 20 years. However we look at it, the Iraqis have a difficult road ahead of them.

“Part of our responsibility in the international community is to realize this and walk shoulder-to-shoulder with them on the road — however long it may be.”