The Premier is suggesting one of his popular campaign slogans for licence plates on commercial vehicles. Cue the road rage. 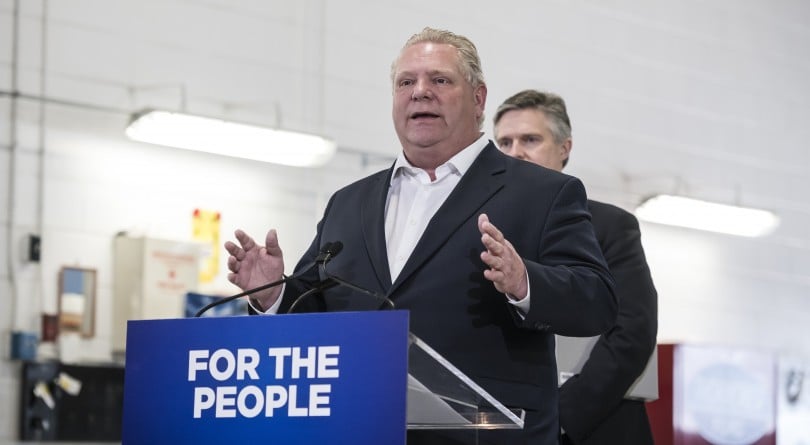 Ontario premier Doug Ford has said that the province’s official licence plate tagline will soon be replaced. He’s considering changing ‘Yours to Discover,’ to ‘Open for Business,’ at least for commercial vehicles. A separate phrase will likely be chosen for passenger vehicles.

The reaction to the news has been incredulous, with many wondering why this is a priority for the Ontario government and balking at the idea of Ford’s campaign slogan making its way onto licence plates.

In response, several Twitter users have shared what they think the new slogan should be. Someone even made a tool that lets users customize Ontario’s licence plate graphics for themselves. Have your own suggestion? Send us a reply on Twitter or leave a comment on Facebook.

What would be a better slogan for Ontario license plates than “Open For Business”? #onpoli

So Ontario is changing our license plate slogan from “Yours to discover” … may I suggest “Inclusion and equity” instead of “Open for business”? @fordnation

So, are we putting money down on

We are tired out in making complaints and getting no redress.
-Joseph Brant@fordnation #Ontario https://t.co/AH9iA9TBvW