Nokomis, Sask. native Elmer Lach, who played for the Canadiens alongside Maurice Richard from 1940-1954, has died in Montreal 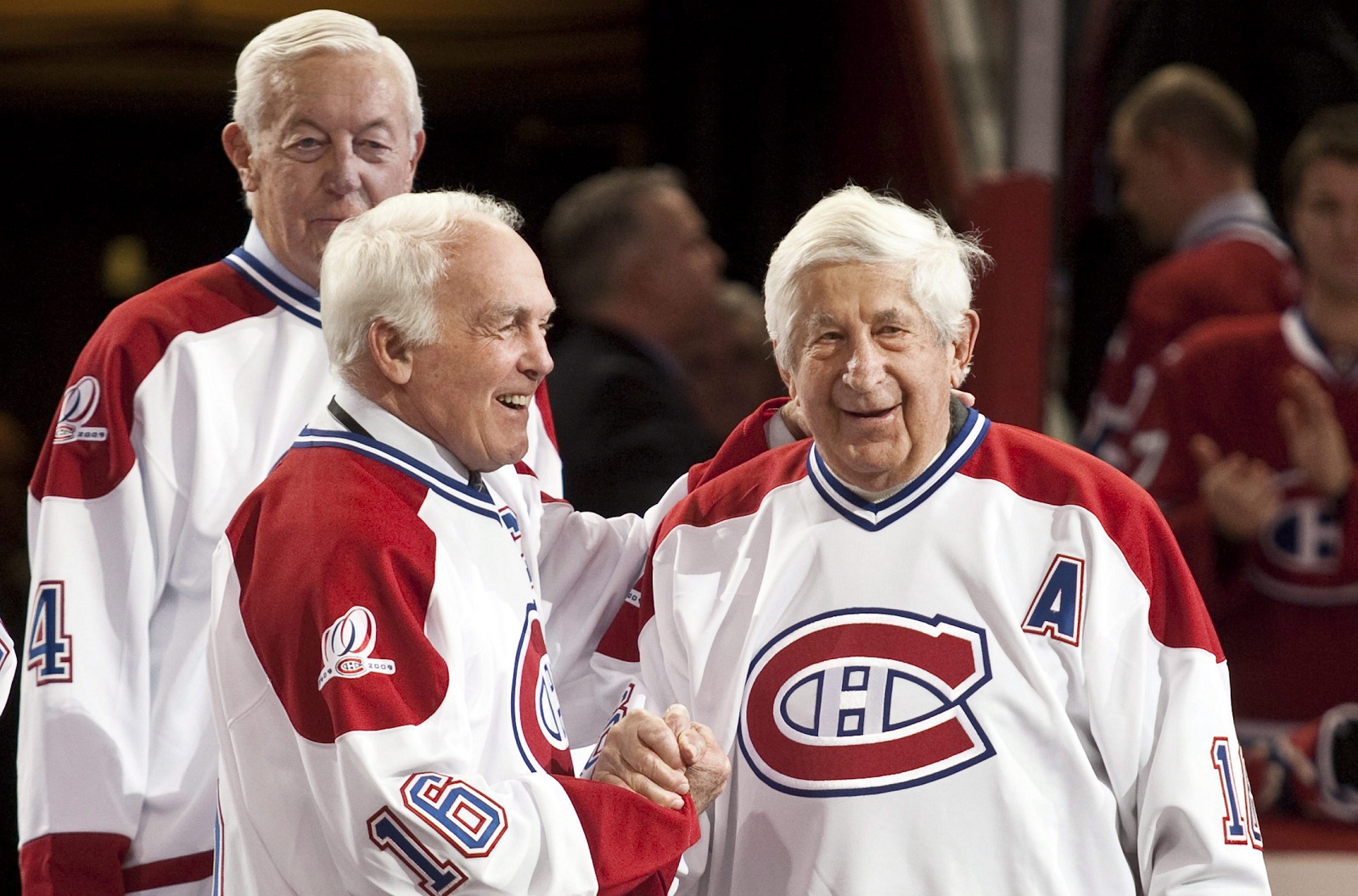 MONTREAL – Elmer Lach was more than just the centre who fed passes to Maurice (Rocket) Richard on the Montreal Canadiens famous Punch Line.

The Nokomis, Sask., native, who died at age 97 in Montreal on Saturday, could skate and score well enough to be called Elegant Elmer and had a battling nature that made him an invaluable player for the 1940s Canadiens.

“They used to call him Elegant Elmer but he wasn’t very elegant,” said broadcaster Dick Irvin Jr., whose father Dick Irvin Sr. was Lach’s only coach through this 14-year NHL career from 1940 to 1954. “He was a tough little guy.

“But he was a wonderful playmaker. He knew what to do with the puck.”

A spokesperson from the Canadiens confirmed Lach’s passing on Saturday morning.

Before his death, Lach was the oldest surviving NHL player, 42 days older than a former rival with the Boston Bruins, Milt Schmidt. Irvin Jr. compared Lach’s combination of grit and skill to the now 89-year-old (Terrible) Ted Lindsay.

Lach retired as the league’s all-time leader in points with 623, which is a far cry from the current record of 2,857 by Wayne Gretzky but was accomplished in an era of 50-game seasons in a super-competitive six-team league.

The Punch Line with Toe Blake on left wing and Richard on the right terrorized opposing goalies for four years until Blake’s retirement in 1948.

It started in 1944-45 when Richard became the NHL’s first 50-goal scorer and the linemates finished first, second and third in the scoring race. Lach had 54 assists and a league-leading 80 points and won the Hart Trophy that season.

It was not until his second scoring title that he became the first recipient of the Art Ross Trophy, which was inaugurated in the 1947-48 campaign.

While he amassed 215 goals in 664 NHL games, Lach missed 150 games with a staggering number of injuries. He broke his nose seven times and broke his jaw twice in the same season. He missed almost all of his sophomore season with a broken elbow, had a fractured skull and broke nearly every other bone somewhere along the way.

One broken nose came when Richard jumped up to hug him after Lach scored the winning goal in overtime against Boston to clinch the 1953 Stanley Cup.

He often played head-to-head against the league’s best and toughest centres, including Schmidt and Toronto’s Ted (Teeder) Kennedy.

After being turned down in a tryout with the Maple Leafs, Lach was invited to the Canadiens camp in 1940. He boarded a train in Regina that was carrying another rookie who would go into the Hockey Hall of Fame, defenceman Ken Reardon. Butch Bouchard joined the following season and Richard debuted in 1942.

Under the senior Irvin’s direction, they would build a mediocre Canadiens squad into champions.

After Lach passed Bill Cowley of Boston’s 594 points to become all-time scoring leader in 1952, a centre-ice tribute was held at the Forum at which he got $11,000 in cash and gifts that included a TV, a fridge, a freezer, a chair and a rowboat. Teammates pooled money and gave him a washing machine.

He also got a car that was driven onto the ice by Blake, wearing a chauffeur’s uniform.

After hockey, he briefly coached the Junior Canadiens but wasn’t cut out for life behind the bench. He went into business and settled down in the Montreal area.

His first wife Kay died in 1985 and his second wife Lise Desjardins died in 2014. He had two daughters.