College sports in the U.S. is a billion-dollar business. Is it time to finally start paying student athletes? 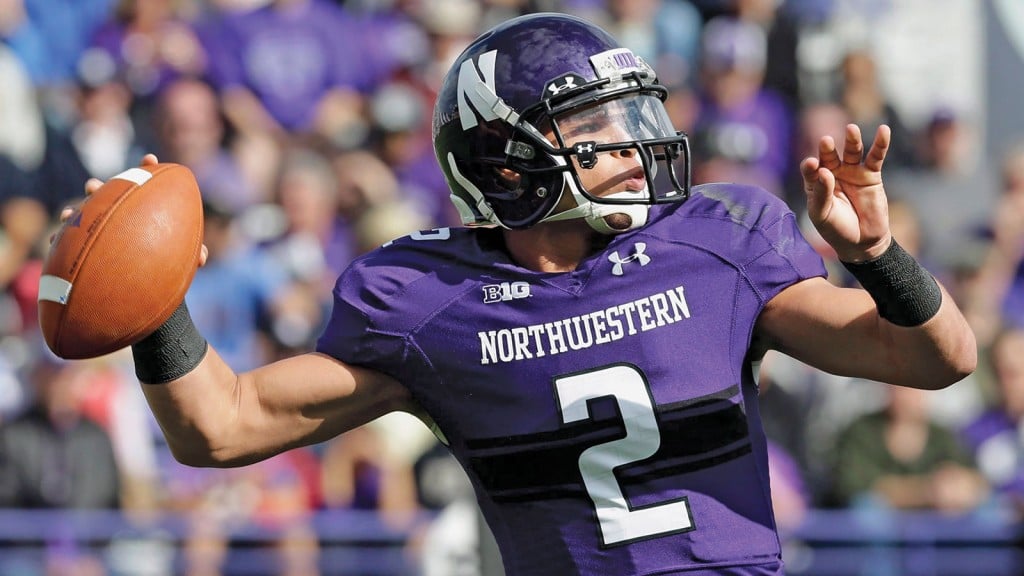 Not long before Shabazz Napier, one of the America’s brightest young basketball stars, led the University of Connecticut men’s basketball team to the NCAA championship, he confessed that, despite an athletic scholarship, he sometimes goes to bed hungry because he doesn’t have enough money to buy food.

If this were any other point in the history of U.S. college sports, such a statement may have gone unnoticed. But it comes at a time when the entire notion of what it means to be an amateur college athlete in America looks ready to crumble. Last month, the National Labor Relations Board ruled that football players from Chicago’s Northwestern University were not student athletes, but employees of the school and were therefore entitled to collectively bargain their wages and working conditions. That opened the door to a union vote by Northwestern athletes to be held on April 25, organized by the school’s former quarterback, Kain Colter.

After Napier chimed in about his substandard scholarship, Connecticut lawmakers announced they are considering legislation that would allow the state’s college athletes to unionize, a move that would ultimately allow schools to pay their athletes. “He says he’s going to bed hungry at a time when millions of dollars are being made off of him,” said state Rep. Matthew Lesser, a Democrat. “It’s obscene.”

The fallout has sent shock waves through American colleges, which insist that paying student athletes beyond their scholarships would destroy the fundamental principle of amateurism in college sports, a rule meant to prioritize academics over athletics. Politicians in Ohio rushed to introduce a law this month affirming that students at public universities are not employees and, therefore, can’t unionize. More states with lucrative college athletic departments are expected to follow suit. “Do we really want to signal to society and high school students that making money is the reason to come play a sport in college, as opposed to getting an education that will provide lifetime benefits?” the NCAA wrote in a statement.

“We have very strong ideals of what college life is about and of what amateur sports is about,” says Nick Dorzweiler, a Northwestern doctoral student, whose course on the history of the American workplace Colter attributes to sparking his interest in unionizing the school’s football team. “The idea that somebody’s time in college is not just simply about playing sports for the love of the game is a real shock for a lot of people.”

Critics of college sports contend that the issue has drawn much-needed public attention to colleges’ exploitive business model, in which top athletic schools rake in billions in ticket sales, broadcast licensing fees and merchandise sales—money used to build multi-million-dollar stadiums and to pay armies of coaching staff—while banning players from accepting so much as a bag of groceries from an agent or sponsor.

“It’s certainly a tipping point,” says Marc Edelman, a sports law professor at Baruch College of the City University of New York. “It has brought to the forefront the extreme difference in financial status of those who are operating at the highest level of college sports and college athletes themselves, who, in many cases, do not even have enough money to go out and enjoy their usual weekend activities.”

An analysis by Forbes estimates that the University of Alabama athletics department took in more revenues last year than the Toronto Maple Leafs. In 2010, CBS and Turner Broadcasting paid $10.8 billion for rights to broadcast the NCAA men’s basketball tournament for the next 14 years, which included the rights to broadcast Napier’s Connecticut Huskies triumphing over the University Kentucky Wildcats last month. ESPN estimates that U.S. colleges earned $437 million in broadcast rights and brand licensing alone in 2008, and spent $734 million on salaries for coaching staff. Edelman calculates that if college players were given a similar cut of the revenues as professional athletes, then basketball players who made it to the NCAA championships would stand to earn roughly 10 times the average $23,000 scholarship.

The NCAA has defended its long-standing ban on allowing players to profit from their talent, in part by saying that athletic programs are hardly a cash cow for many schools, since money raised from sports such as football and basketball goes to subsidize scholarships for students who play less lucrative varsity sports, such as water polo. They have public opinion on their side. A recent poll found that two-thirds of Americans are against the idea of paying college athletes.

Still, Edelman suspects that, if football players at Northwestern or in Connecticut were to unionize, other schools would have no choice but to sweeten the pot for their student athletes to stay competitive. NCAA President Mark Emmert warned that such a slippery slope would “blow up everything about the collegiate model of athletics.” Maybe it’s about time.