They are also suing the bus manufacturer 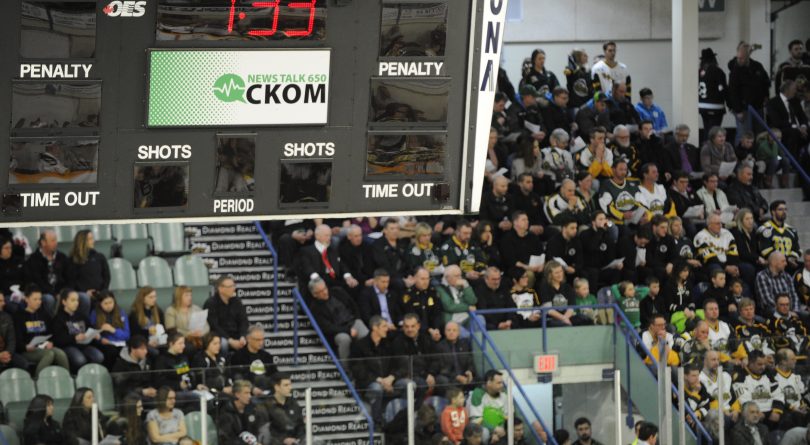 The score clock at what would have been puck drop for game six of the best of seven series between the Humboldt Broncos and Nipawain Hawks. Instead it was a standing room only vigil at the Elgar Petersen Arena in Humboldt, Sask, Sunday night after a Friday night crash that left 15 Humboldt Bronco players, coaches and staff dead. (Photograph by Mark Taylor)

CALGARY – The man who was behind the wheel of the transport truck involved in the Humboldt Broncos bus crash has been released on bail. Today, we’re also learning he’s being sued.

The family of the youngest player to die in the crash three months ago has filed a suit for an undisclosed amount against the driver and two other parties.

Adam Herold was just days away from his 17th birthday on April 6, when the team’s bus slammed into the truck on a highway in Saskatchewan.

His parents, along with his estate, is now suing Jaskirat Singh Sidhu — the man charged with 16 counts of dangerous driving causing death — the company he was working for for only a month, and the bus manufacturer.

The claim argues the bus was not manufactured to sustain the impact of the crash. It is also asking a judge to declare the intersection of the crash unsafe in its current form, to call for more stringent training of truck drivers, for coach buses to have better safety equipment installed, and for better compensation for traffic collision victims.

None of the claims have been proven in court. No statement of defense has been filed.

Correction: Adam Herold’s last name was misspelled in the original version of this post