'Do the right thing,' says Colin Marsman in a statement 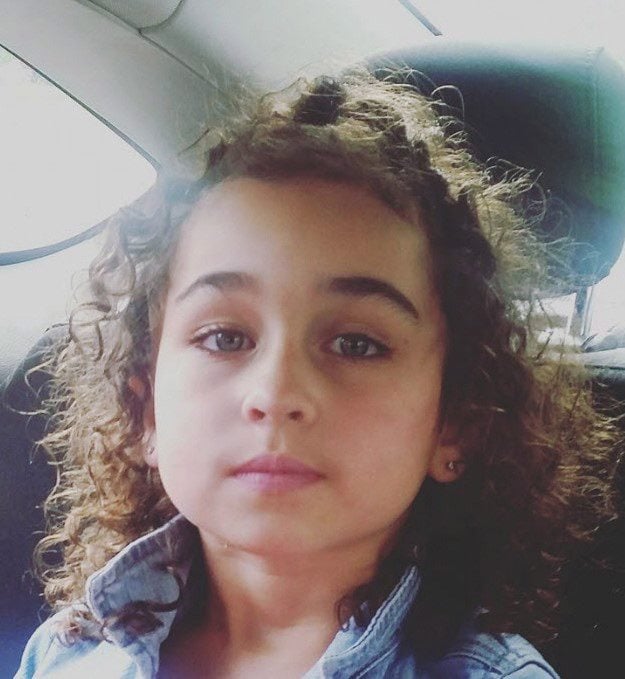 Taliyah Leigh Marsman is shown in this handout image provided by the Calgary police. THE CANADIAN PRESS/HO-Calgary Police

CALGARY — Police say a girl matching the description of a missing five-year-old was spotted about nine hours before her mother was found dead.

Investigators say witnesses saw a girl who looked like Taliyah Leigh Marsman on Monday around 11:30 a.m. with a stocky, black male.

They were seen in the Calgary neighbourhood where Taliyah lived with her mother, Sara Baillie, who was found dead that evening in their basement suite.

Police say the sighting was near where Baillie’s vehicle was found. The girl who witnesses saw was wearing red or pink boots with white polka dots and was carrying a reddish-coloured suitcase.

The Amber Alert for Taliyah was still in effect Wednesday. Police have ruled Baillie’s death a homicide.

Police also said footage from a closed-circuit camera shows Baillie and her daughter at a Dairy Queen around suppertime Sunday. Baillie appears to be speaking with a family. Police say they want to identify the people in the footage and have posted still photos of the exchange on the City of Calgary’s website.

Taliyah’s father is begging anyone who might have information to “do the right thing.” Colin Marsman said in a statement Wednesday that his daughter is his “light” and that he loves her with all his heart.

“I want to make a plea to anyone out there who knows anything about where my baby is,” Marsman said in the statement released to the media through his friend Gabriel Goree.

“Please, it’s never too late to do the right thing! If you even think you might have seen something that could be a clue, let your local law enforcement know immediately.”

Court documents show he was charged last year with unlawful confinement and intimidation by threats against Baillie. The charges were later withdrawn and a peace bond was issued.

“Those who know me best, know the person and kind of father I am and know more than anything I just want my baby girl back,” Marsman said.

“Once again, I plead for anyone knowing anything about where Taliyah is to please come forward with anything that will help get her home and back to her family.”

Police have said Marsman is co-operating with their investigation.

Goree described Marsman as a “great dad” who also has a son and works in construction.

Marsman’s girlfriend, Jessica Mardinger, added on Facebook: “Colin is a great father. He is in so much pain right now. We need Taliyah back.”

Wracked with sobs and struggling to walk, Tanya Kruger, who is Taliyah’s godmother, stopped by their northwest Calgary home on Wednesday.

She said she met Baillie around 10 years ago working at Boston Pizza and the two became close.

“She had met Colin and gotten pregnant with Taliyah and she graciously asked me to be Taliyah’s godmom and, of course, I accepted,” said Kruger.

“Her and I spent so many good times together, with Taliyah calling me ‘auntie.”‘

Kruger said she visited with Baillie and Taliyah last weekend.

She said she thinks whoever took Taliyah knew the little girl.

“We all, and her family all, have one suspect in mind, not that I want to mention it. But that’s for the police to do their work and find out and I know that justice will be served.

“If anybody knows anything about her, please, she wants to come home. She needs to come home. She has a lot of people that love her and this little precious angel does not deserve this. Just please, bring her home. Keep your eyes out and pray.”

A handwritten note left on the makeshift memorial, signed by Keisha Meas and encased in a plastic baggie to protect it from the rain, called Baillie a “beautiful, caring and strong” woman and thanked her for “giving us a home when no one else would.”

“We are trying our best to search for Taliyah and we know you are looking over us … We will get you justice no matter how long it’ll take.”

Baillie’s aunt and uncle tearfully pleaded on Tuesday to whomever took Taliyah to drop her off anywhere at all.

They said Baillie was pretty much raising Taliyah on her own and the pair were inseparable.

Police have said they aren’t ruling anything out in their search for the little girl and have faith she will be found safe.

Taliyah is described as a mixed-race child with a slim build, brown curly hair and blue eyes.