As part of tens of billions in new spending planned for the coming years, the fiscal update includes funding for long term care, students and remote working 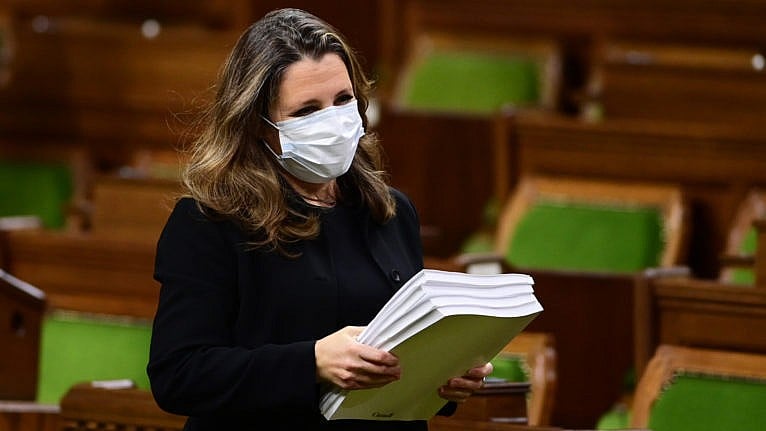 The federal government didn’t have its usual annual budget rigamarole this year—that will come sometime in 2021. Instead, it released a fiscal ‘snapshot’ earlier in 2020 and now today’s economic statement, which lays out more of Ottawa’s plan to get through the next gruelling months and years as the COVID-19 pandemic rages on.

Some highlights include significant funding for supporting long-term care in Canada, some sector-specific help, an update in the climate change plan, wins for young people and more. Here are five elements of the spending plan, in addition to as much as $100 billion in stimulus in the next three years.

The federal government is pouring a lot of money into support for long-term care in the face of COVID-19, including $1 billion in a Safe Long-term Care Fund, which will be doled out across provinces and territories, based on spending plans. Provinces can use the money to make ventilation improvements and hire additional staff among other things.

Help for the airline industry is on the way

The feds are doling out roughly $1 billion in new spending for the air sector. They’re proposing $206 million in support for regional air transportation and regional air carriers via a new Regional Air Transportation Initiative. Small and regional airports will get a $186 million funding boost over two years for investments in updating health and safety infrastructure. Large airports making safety, security and infrastructure updates will get $500 million over the next six years. The 21 airport authorities that pay federal rent will get an extra $229 million in rent relief. They’ll also get an additional $65 million in the 2021-22 fiscal year to deal with the financial impact of reduced air travel. While a new program for other hard-hit sectors called the Highly Affected Sectors Credit Availability Program (HASCAP) has been announced, the details have not.

The environment—and homeowners who care about the environment—are getting a big boost. The government is planning to give Natural Resources Canada $2.6 billion over seven years to provide up to 700,000 grants of up to $5,000 to make energy efficient home improvements. It is also providing $150 million over three years to build more fuel stations for electric cars. And after a long time, we have an actual budget for the Liberals’ promise to plant two billion trees by 2030. All that planting will cost $3.16 billion over the next 10 years.

The young and the debtless—kind-of

Canada Summer Jobs will get a boost in funding to the tune of $447.5 million with the purpose of creating 120,000 job placements next year—40,000 more than this year. Some changes to the program, announced this year, will be extended to next including the ability to hire students outside of summer. Perhaps the program’s name needs a tweak, too. The government will also provide $575.3 million over two years to the Youth Employment and Skills Strategy to help young people who were driven out of work because of the pandemic, by creating 45,300 job placements for them. The government also plans to remove interest on the repayment of the federal portion of the Canada Student Loans and Canada Apprentice Loans for next year. The $329.4 million relief measure will help 1.4 million Canadians.

How the pandemic changed the way we live and work

This year has upended many a work routine across the country and the fiscal update made special mention of how not everyone’s experience is the same. While remote work is an option for a large swath of businesses, plenty are just not logistically set up for working from home (like commercial real estate and public transit as well as local small businesses). According to the Canadian Survey on Business Conditions, businesses majority owned by Indigenous peoples (16 per cent) were less likely to have a fully-teleworking staff, as of by the end of August. The Regional Relief and Recovery Fund, which has seen relatively high uptake among rural, women-owned and Indigenous-owned businesses, is getting a top up of $500 million. The Canadian Northern Economic Development agency will also be getting $3 million to further help businesses in the Territories. For employees who can work remotely, the Home Office Expense Deduction will be simplified so that they can deduct up to $400 without having to keep detailed records of expenses.