Fort McMurray, the city that battles back

A string of calamities has revealed the resilience and sense of unity that Fort McMurray, Alta. spent decades building 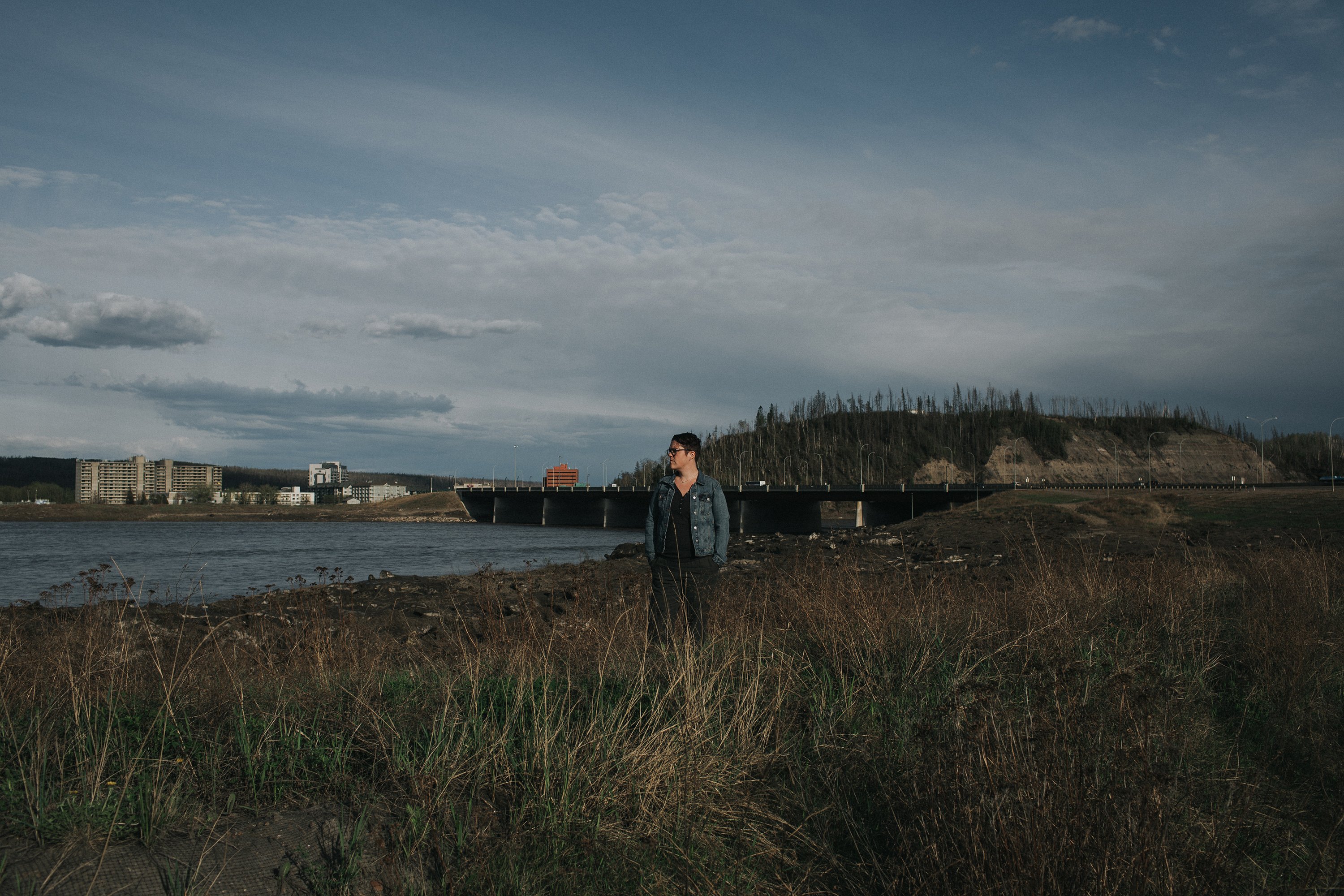 MacDonald on the bank of the Athabasca (Photograph by Serghei Cebotari)

At the start of May in 2016, the wildfire that would sweep through Fort McMurray, Alta. had arrived at the front steps of the city’s Royal Canadian Legion branch. Thick smoke and burning ash enveloped the two-storey metal building, which sits at the city’s south edge. A large Canadian flag at its entrance flew high in the hot wind.

Branch president Pat Duggan—a firefighter himself—was busy elsewhere, protecting lives and property while more than 88,000 residents fled to safety, when he received a call from a friend. “Your legion is still standing,” Duggan remembers him saying. It was news Duggan couldn’t believe until he laid eyes on the building himself.

Not only was the legion unaffected, thanks to its flame-resistant metal structure and gravel rooftop, but it had served to shield a dozen residential homes behind it—the only structures saved within a half-kilometre radius.

Though damaged from the smoke and slightly tattered, the flag survived, too. As a tribute to the city’s endurance during the largest wildfire evacuation in Alberta’s history, and to the outpouring of national support that followed, Duggan collected signatures on the flag from other legion branches across the country that had donated labour and funds to Fort McMurray. He then framed it to display at his local branch as a token of hardship overcome.

But four years later, to the week, misfortune struck again—this time in the form of a flood unlike any the city has seen in recent history. And in this instance, the legion’s luck ran out: six feet of water inundated the building’s main floor and threatened to destroy its cherished artifacts, including the flag recovered from the fires.

The flood wreaked havoc upon significant portions of Fort McMurray, particularly the downtown core. Its casualties included department stores, the city’s food bank, and scores of homes and small businesses, with damage estimates that soared above $100 million. Some 13,000 people were forced once again to evacuate, and all this came at a time when many residents and businesses had just finished rebuilding from the fires. To make the whole situation seem cartoonishly cruel, the COVID-19 pandemic had sent oil sands crude prices plummeting into the negatives, exacerbating a pre-pandemic supply glut—ghastly numbers never seen before by a community largely built and employed by the oil and gas industry.

It would be easy for a city to let such an onslaught of disaster become its default identity, or regard events as some biblical portent of doom. And there’s no denying that Fort Mac has its challenges, starting with its ties to an oil sands industry that environmentalists and critics around the world want phased out. Around 13,000 residents have departed amid this run of misfortune, disappointed that the promise of prosperity that lured them in the first place had turned to ash.

But for many, Fort McMurray is still home, and not even a run of calamity can change that.

READ: The wildfire baby who came back to Fort Mac

“Fort McMurray is the biggest family any of us know,” says Meghan MacDonald, who has lived here for seven years. Like so many, she and her husband moved from Nova Scotia after he landed a well-paying job in the oil sands. Their home was spared in the fire, but COVID-19 brought new challenges. Among them: MacDonald, 34, was laid off indefinitely in March from her job as an educational assistant at the local school board.

Then the floods hit. “It was that fire mentality all over again,” she says. Emergency updates became routine. Cars, again, were queued bumper-to-bumper on the highway out of town during the evacuation. News of friends losing their homes travelled fast. “I was gutted,” MacDonald says.

Her grief and love for her community, however, forced her into action. Calling on her network of friends, colleagues and acquaintances, she filled her van three times over with donations of food, bedding and kids’ colouring books, which she delivered to flood evacuees. The money came pouring in, and she wasn’t surprised.

It was one more example, MacDonald says, of the familial spirit that has kept the town together time and again. “So many people from Fort McMurray have come from nothing,” she says. “We came from the East Coast where we’d barely gotten by.” But since arriving, MacDonald has never felt abandoned or homesick. “We never had a holiday where our house wasn’t full of people,” she says. “You make your own family here because everybody knows what it’s like to be alone.”

Some of the donations she gathered found their way to the Wood Buffalo Food Bank, which lost its 2,700 sq.-foot downtown building and 100,000 pounds of food due to water damage. It was a devastating blow, director Dan Edwards says, but one quickly remedied by the generosity of the community. In less than a month, the food bank had received six times the amount of food it lost. “It’s just part of being Fort McMurray,” Edwards reflects. “You know someone is down, you roll up your sleeves and get to work.” 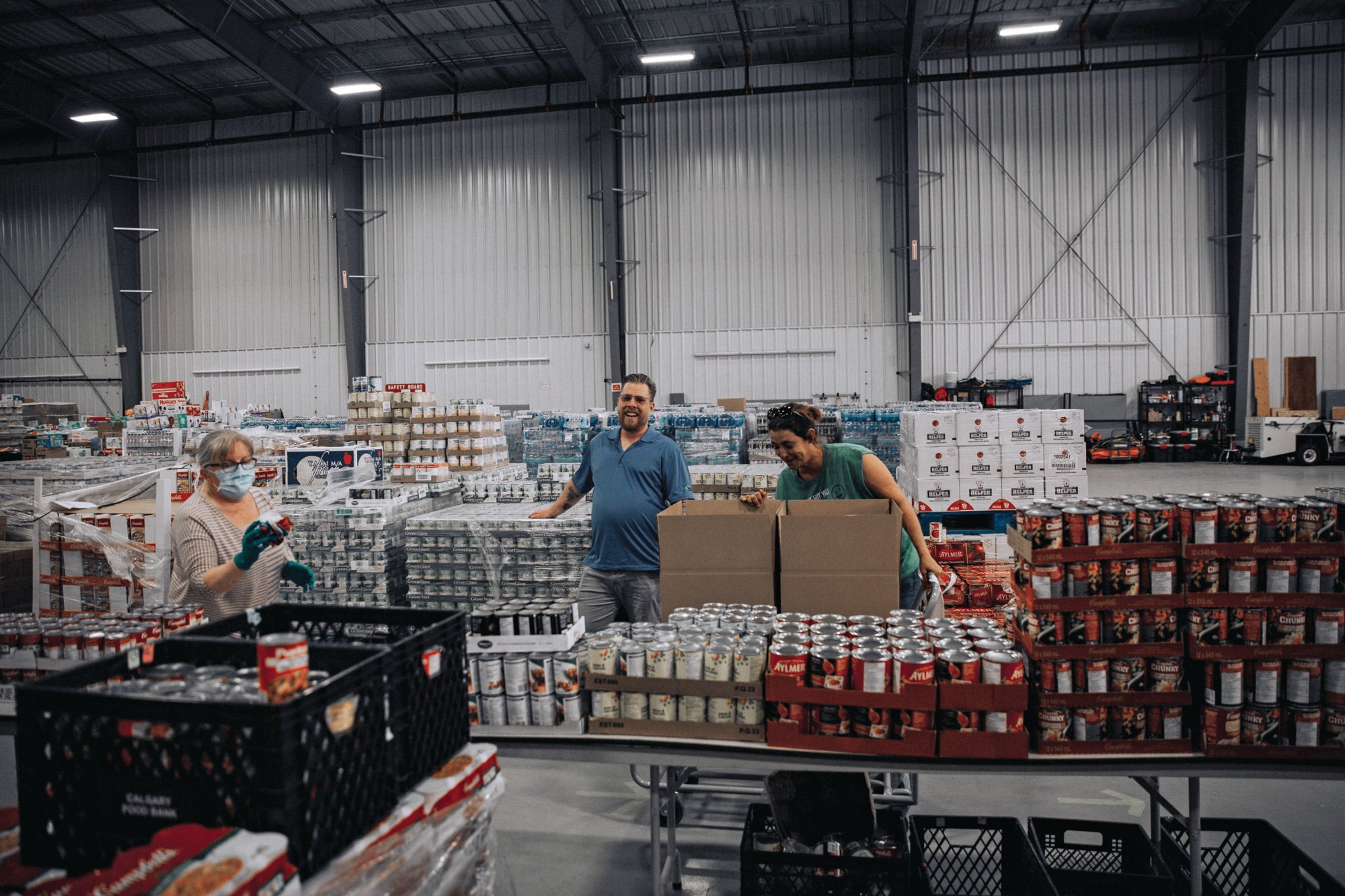 That hard-working mentality, of course, is what built Fort McMurray in the first place. The city, seemingly isolated in the middle of Alberta’s vast boreal forest, was a pivotal stop on Canada’s historic fur trade route. Its population began flourishing in the 1970s with the rising national interest in petroleum development, and the laborious process of separating oil from sand made careers for thousands who moved to the area.

When Gareth Norris arrived with his family from Wales 38 years ago, recreational spaces and department stores were scarce, and many were forced to drive four hours south to Edmonton for anything but basic goods. Then 14, Norris couldn’t understand why his parents chose the seemingly desolate town to settle in.

But it didn’t take long for Norris to embrace Fort McMurray. He joined the local rugby club, started a family and opened a bar called Paddy McSwiggins, which became a neighbourhood mainstay. In 2016, his bar suffered considerable damage from fire smoke and had to be demolished per Alberta Health orders. When his insurance company refused to pay for the rebuild, a local handyman and restauranteur named Billy Martin stepped up to help, charging next to nothing, and summoning a team of workers and volunteers who reconstructed the bar in 10 months. In July 2019, Paddy McSwiggins opened its doors again for the first time since the fires. 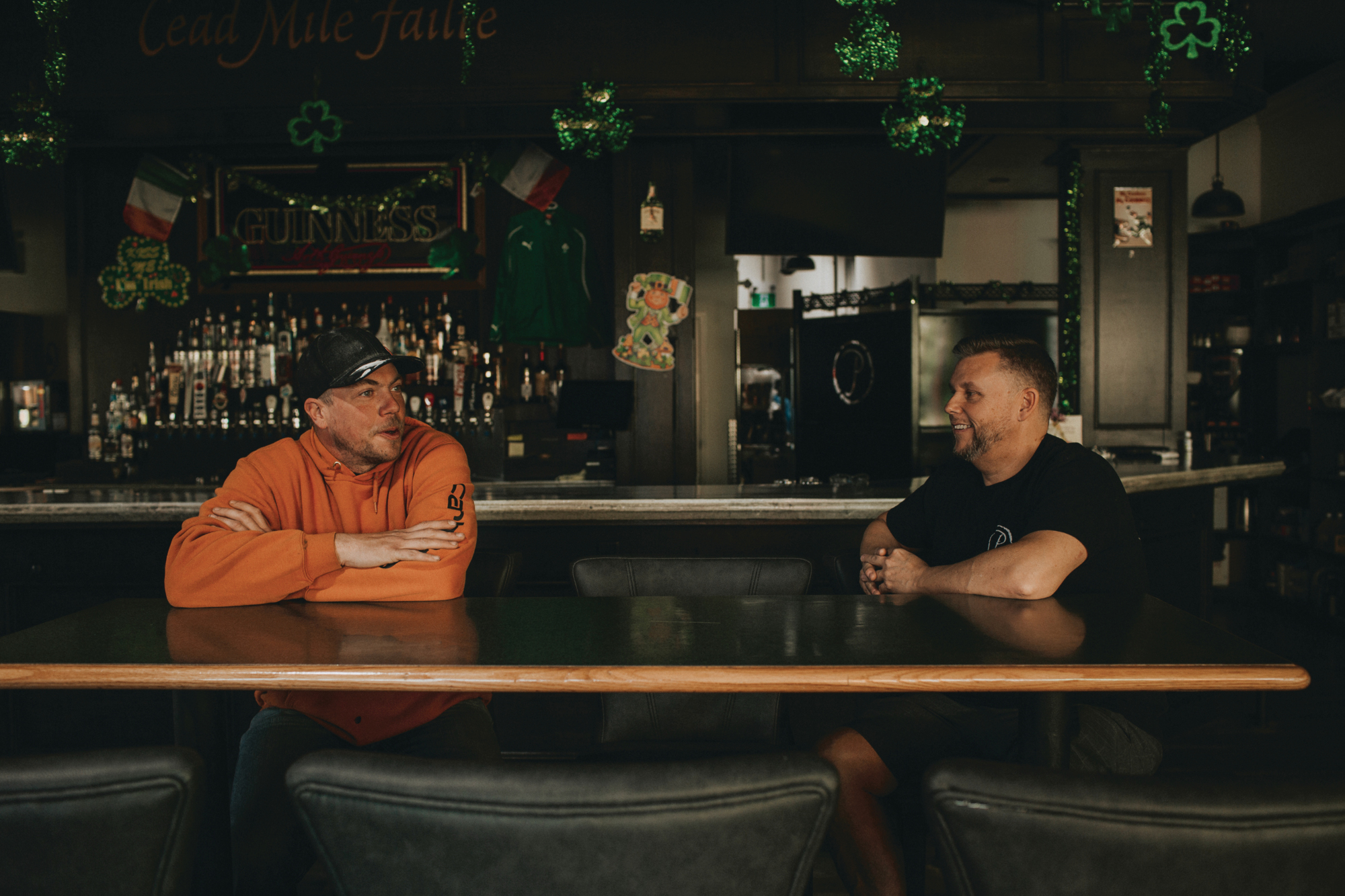 In 2020, Norris is nothing but grateful to call Fort McMurray home. He still walks around the bar when it’s closed, marvelling at how strangers—now dear friends—came together to save his business. “ ‘Thank you’ just doesn’t work,” he reflects. “It just seems so insignificant.”

Martin, who is originally from Kelowna, B.C., has been recognized over the years for his tireless volunteerism. In 2018, he assembled a team that upgraded an entire home for the family of a local girl with a congenital heart condition. When this year’s floods hit, he was forced leave his own downtown home, retreating to his small restaurant to make sandwiches for first responders. The place quickly turned into a makeshift donation centre for other evacuees.

The 38-year-old maintains his success would not be possible anywhere else in the country. “There’s a giving nature here,” he says. “I don’t think I could pull it off in Kelowna. It’s just the Fort McMurray way of thinking.”

MacDonald says many people outside Fort McMurray misunderstand it, or downright “loathe it.” But more than its industry and headline-grabbing disasters, it’s a community with green spaces, parks, and families raising children in for the long haul. “We don’t live in some rugged one-horse oil town anymore.”

Exhausted, some leave after cycles of hardship. Nobody judges them, MacDonald says. “No matter what happens, we seem to get stronger,” she explains. “We honestly say, ‘Bring it on,’ because what else could you go through at this point in this town?”

Back at the Legion in May, Duggan found himself surveying yet another aftermath scene, braced for the worst as the framed Canadian flag rescued from the fires had been submerged in the flood. It was slightly wet and muddy when Duggan recovered it, but the banner remained intact, with the signatures still visible on its white and red threads. A sign of yet another hardship overcome.

This article appears in print in the July 2020 issue of Maclean’s magazine with the headline, “The city that battles back.” Subscribe to the monthly print magazine here.