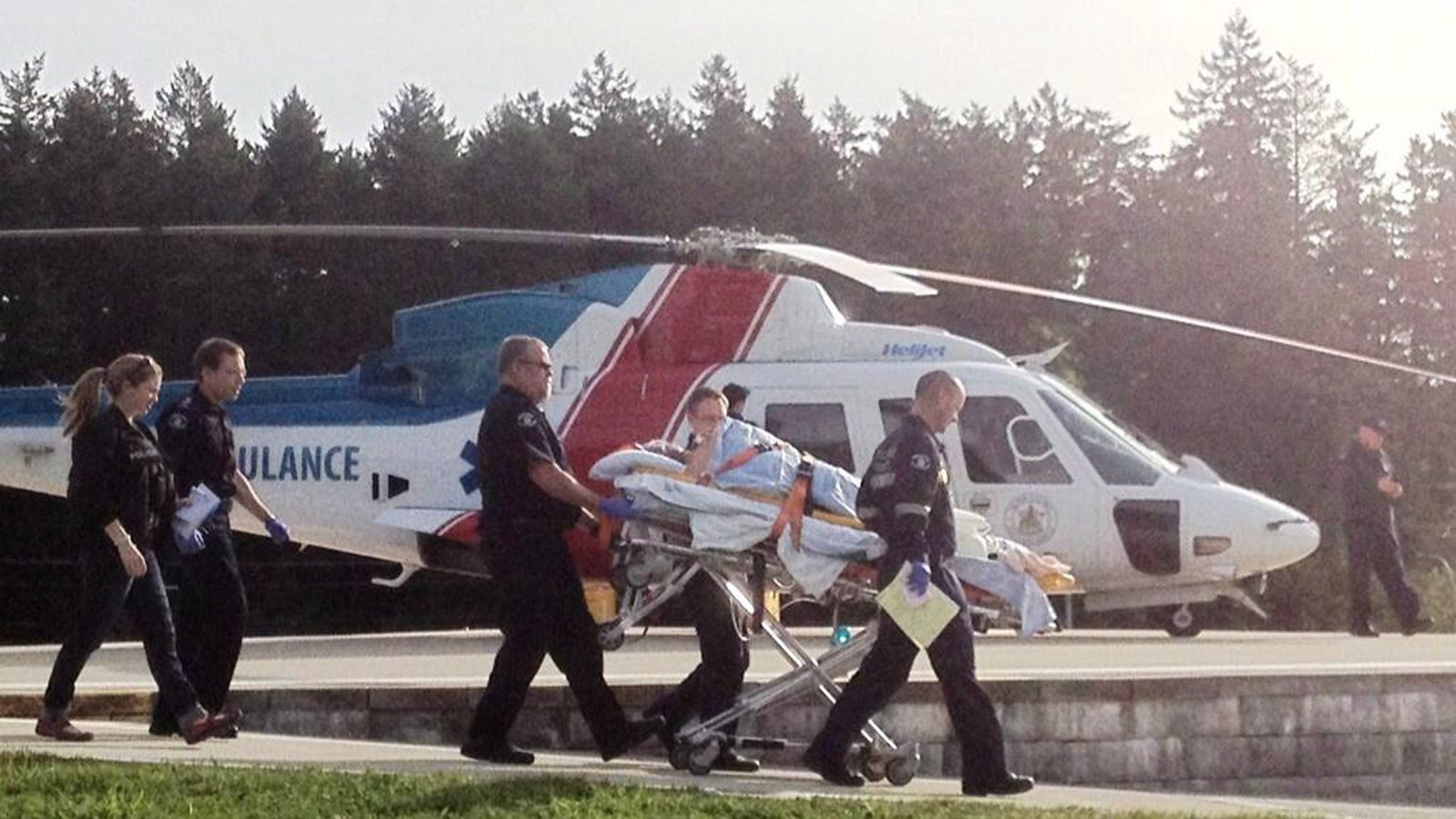 NANAIMO, B.C. – Two employees at a Vancouver Island sawmill were killed, two others were injured and one of their former co-workers was arrested Wednesday after a gunman opened fire in the mill’s parking lot and continued shooting inside, RCMP said.

The shooting happened shortly before 7 a.m. at a Western Forest Products sawmill in Nanaimo, located more than 100 kilometres north of Victoria.

Police arrived within minutes of the first 911 call, RCMP said, and arrested a 47-year-old man from Nanaimo.

Four men were taken to hospital with gunshot wounds, one by air to Victoria and the rest to Nanaimo, where two were pronounced dead.

Few details were released about the victims, the suspect or what may have motivated a workplace shooting that left a normally quiet coastal city of about 84,000 people in shock.

Supt. Mark Fisher said police believed the attack began in the parking lot and then moved into the mill’s offices.

Members of the RCMP emergency response team were on the scene within three minutes of the first 911 call, said Fisher. Officers quickly arrested the suspect and seized a shotgun, he said.

Fisher didn’t provide any further details about the suspect and he declined to speculate about what may have motivated the attack.

Western Forest Products said the suspect was a former employee, though it wasn’t clear when the man left the mill or under what circumstances.

“We have no indication that there are any other suspects involved in this incident,” said Fisher.

Don Demens, president of Western Forest Products, which is based in Vancouver, confirmed the man was a former worker, but he declined to reveal anything else about him.

The Island Health Authority said one of the surviving victims was airlifted to hospital in Victoria in critical condition and the other was in hospital in Nanaimo in stable condition.

Demens said all of the company’s operations on Vancouver Island were closed out of respect for the victims.

“Clearly, we’ve had a terrible tragedy at our sawmill here in Nanaimo today,” Demens told a news conference alongside the RCMP in Nanaimo.

“I’d like to express our deepest concern for the families, friends and co-workers. For those lives that were lost and those that were wounded, our hearts and minds are with them today.”

Demens said the company is providing grief counsellors for its workers.

The United Steelworkers union, which represents workers at the mill, said it dispatched its own emergency team to the site to provide counselling and other services for workers.

At the mill, family members and workers, some in tears, gathered outside the facility.

Charlie Gallagher, a shift supervisor at another Western Forest Products mill in nearby Ladysmith, placed a bouquet of flowers at the mill’s gates.

Gallagher said he didn’t know whether he personally knew any of the victims, but he wanted to express his sympathy for his co-workers.

Nanaimo Mayor John Ruttan, who attended the RCMP news conference, said he was “shocked” by the shooting and his sympathies were with the victims’ families.

Fisher, the RCMP superintendent, said the shooting will have a profound impact on the entire city, where such violence is rare.

“The families and the mill employees will now have to cope with the tragedy that unfolded here today, as will the community of Nanaimo,” said Fisher.

“It’s going to be a challenge.”