The victims include Const. Robb Costello and Const. Sarah Burns 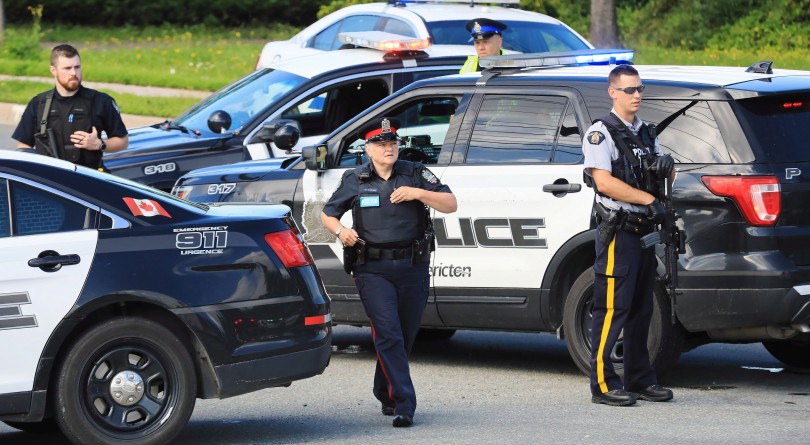 Police and RCMP officers survey the area of a shooting in Fredericton, N.B. on Friday, August 10, 2018. THE CANADIAN PRESS/Keith Minchin

FREDERICTON—Fredericton police have identified two police officers who were among four people killed in a shooting today in a residential area on the city’s north side.

Jackie McLean, Costello’s wife, says a police inspector told the family this morning that her common-law partner was among the dead.

McLean says the couple had been together for four years and Costello has two adult daughters from a previous relationship.

The shooting incident began at about 7 a.m. at an apartment complex on Brookside Drive.

Fredericton police have a 48-year-old man in custody who was being treated for serious injuries.