The problem with sealed cockpits

Speculation on the crash has focused on co-pilot Andreas Lubitz, but the real culprit may prove to be our myopic obsession with airline security 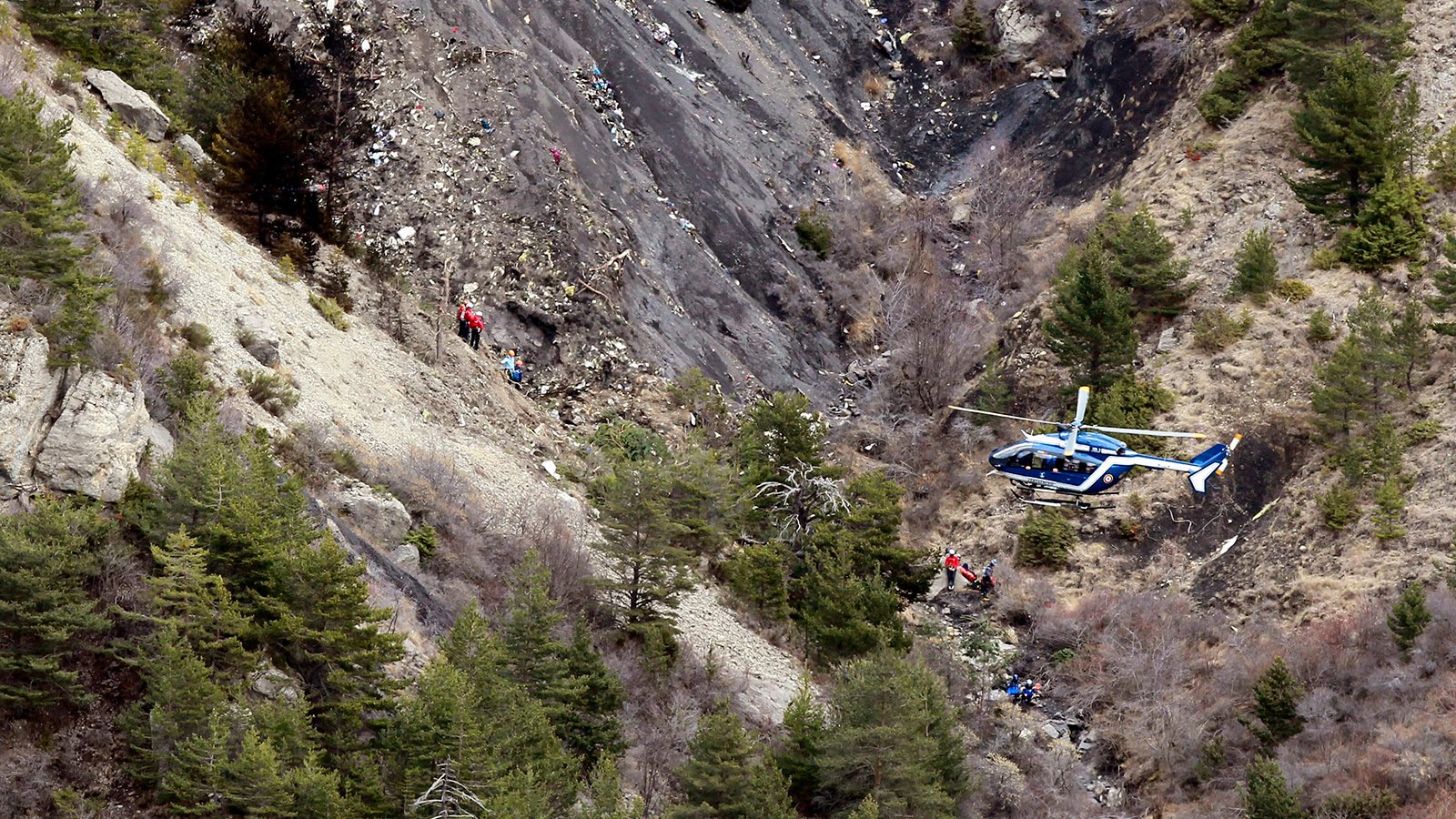 Everything went as it should for the first 20 minutes of the Germanwings flight from Barcelona to Dusseldorf on Tuesday. That is, until the captain told his colleague, Andreas Lubitz, to take the controls while he stepped outside to use the washroom. When he tried to re-enter the locked cockpit, he quickly realized something was amiss: not only was Lubitz not responding, but the plane had begun a steep, controlled descent.

The next several minutes would have been nothing short of terrifying for the 144 passengers. Based on information gleaned from the plane’s cockpit voice recorder, French officials say the captain knocked on the door ever more loudly—eventually sounding as though he were trying to force his way in. Passengers, meanwhile, could be heard screaming in the final moments before the Airbus A320 slammed into the French Alps, killing all 150 on-board. Brice Robin, the chief Marseille prosecutor handling the investigation, called the act deliberate—the co-pilot can apparently being heard breathing on the recording—saying he intended to “destroy the aircraft.”

Speculation about the tragedy has not surprisingly swung to focus on Lubitz’s background, which so far hasn’t revealed much other than his relative inexperience (the 28-year-old had been flying for the Lufthansa subsidiary for a little over a year). But the real culprit may well prove to be a myopic global obsession with airline security—specifically the need to terrorist-proof airplane cabins by treating pilots as though they were New York taxi drivers.

In the wake of the devastating 9/11 attacks, airlines around the world were required to install heavy, armoured cockpit doors that would prevent the flight deck from being rushed by attackers. The doors themselves are supposed to be durable enough to survive a grenade blast, and the locking mechanism is designed to be controlled from the inside. When a crew member exits to use the washroom—not uncommon during longer flights—he or she must page the pilot at the controls to reopen the door (some planes are equipped with cameras and video screen to show who is standing outside). On Airbus planes, crew members outside the locked cockpit door have the ability to enter via a keypad code during emergencies, but entry can always be overridden by the pilot at the controls—effectively giving him or her the final say on who gets access. 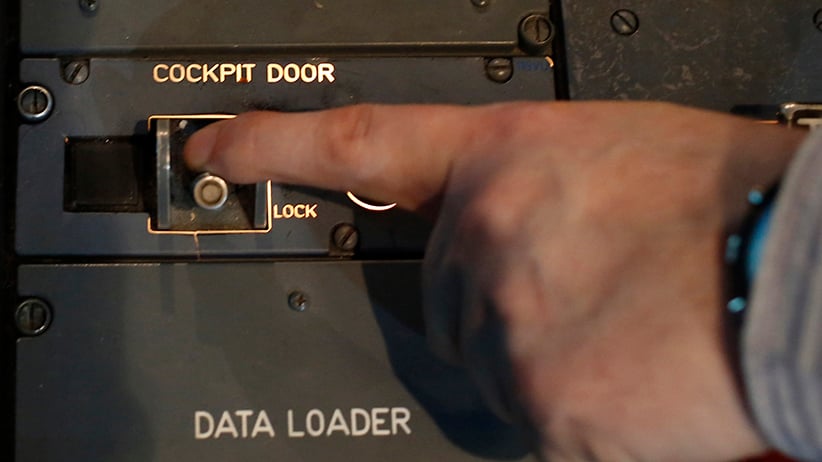 A person moves the switch of the cockpit door locking system inside a flight simulator of an Airbus A320 in Vienna. (Leonhard Foeger/Reuters)

The sealed cockpit system makes sense when it comes to securing planes against hijackers and other terrorists, but it’s far from clear whether passengers are any safer as a result. If the Germanwings crash turns out to be a pilot suicide, as some are speculating, it wouldn’t be the first example of a pilot using the door-locking system for a purpose other than it was intended. In November 2013, a Mozambique Air flight crashed in Namibia, killing 33. The black box recordings later suggested one of the two pilots had been locked out after going to the washroom. A 1999 Air Egypt crash in Massachusetts that killed 217 followed a similar sequence of events, although investigators never formally deemed it suicide. One of the theories behind the 1997 SilkAir crash in Indonesia, which killed 104, involved a pilot locked out of the cockpit.

Mishaps involving locked cockpit doors are also common. Earlier this year, a Delta Air Lines flight from Minneapolis to Las Vegas declared an in-air emergency after a jammed cockpit door left the pilot locked out of the flight deck. The plane landed safely and nobody was hurt. Another emergency occurred in 2o11 on a All Nippon Airways flight from Okinawa to Tokyo when a the co-pilot mistakenly grabbed the wrong knob while trying to unlock the cockpit door. The plane went into a deep roll that resulted in injuries to two flight attendants.

There may even be threats when the system is working exactly the way it was designed. Sunjoo Advani, the head of an international air safety group that focuses on pilot training, says locked cockpit doors are inherently a bad idea because they seal off tired pilots in dark flight decks, degrading their situational awareness and ability to react to emergencies. In other words, they get tired and bored and easily startled—all elements that have been fingered in a growing number of so-called “loss of control” accidents. That’s the industry term for confused, disoriented pilots who inexplicably turn minor mid-air emergencies into catastrophic ones. The 2009 loss of Air France Flight 447 over the Atlantic, which killed 228, is one example. The recent crash of Air Asia Flight 8501 into the Java Sea, where 162 perished, is shaping up to be another. All in all, loss-of-control accidents are believe to be responsible for some 1,500 deaths over the past decade, making it by far the most deadly category of airline accidents. “For a pilot to perform properly, they can’t just be locked in a room,” Advani says. “They need social interaction.”

The industry response to the Germanwings crash, once its final cause is determined, is unlikely to deliver the relief Advani is seeking. If changes are made, it will most likely involve tweaking rules about pilot bathroom breaks or implementing new safety equipment. Israel’s security-focused El Al, for example, is said to use a double-door system that seals off the forward washroom from the rest of the cabin, providing an extra layer of security for pilots and, potentially, making it easier for them to move between the washroom and cockpit without exposing themselves to an outside threat. (An El Al representative declined to comment when contacted by Maclean’s.)

If history is any guide, however, spending billions to reconfigure thousands of airplanes with similar double-door systems will only solve one problem and create another. Worse, it risks putting further distance between overly sequestered pilots and the very passengers they’re trying to protect.