Big names getting together 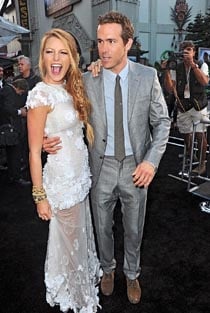 Toronto stage impresario David Mirvish offered to demolish his most opulent venue, the Princess of Wales Theatre, to build a trio of monumental skycrapers on King Street designed by hometown architect Frank Gehry. Mirvish, a major art collector, teamed up with Gehry to propose 85-storey condo towers that would house public galleries and extend the OCAD University campus. Don’t call these towers condos, said Mirvish—“I’m building three sculptures that people can live in.” If the project is approved, congestion may turn traffic into a sculpture people can live in.

Her heart will go on, and so will Schwartz’s Deli. Quebec superstar Céline Dion and manager-husband, René Angélil, bought the iconic 84-year-old Montreal restaurant with local restaurateur Paul Nakis. Dion and Angélil, who already own Quebec’s Nickels Restaurant and Bar chain, allayed fears they would turn the smoked-meat shrine into a franchise operation. “I have so many great memories of being there with the guys, and with Céline and our families,” said Angélil. Even before the deal, Dion’s photo was on the wall.

After negotiations that dragged on for 19 years, Russia became the last major economy to join the World Trade Organization. As tariffs are relaxed, the country’s gross domestic product may get a boost to three per cent, or $49 billion a year. With China’s economy booming, the original Communist superpower has a lot of catching up to do. The U.S. has yet to lift the 1974 Jackson-Vanik amendment, a Cold War sanction that could disadvantage U.S. companies selling to Russia.

It’s The Way We Play

Bridging generations and musical tastes, Canadian rock stars Avril Lavigne and Nickelback frontman Chad Kroeger shocked fans with a surprise engagement. Kroeger, 37, became involved with Lavigne while working on her fifth studio album. He popped the question, armed with a 14-carat diamond ring (estimated value: $1 million). Lavigne, 27, is divorced from Sum 41 singer Deryck Whibley; Kroeger has never married but ended a common-law relationship with a B.C. horse trainer in 2009. Lavigne, whose hits include Sk8er Boi and Complicated, has greater rock cachet. But the critically reviled Nickelback has sold more than 50 million albums with its grunge rock anthems. Perhaps she can make him cool while he can make her the chug toast of tailgate parties.