A roundup of victories, tragedies, thrills, and disappointments 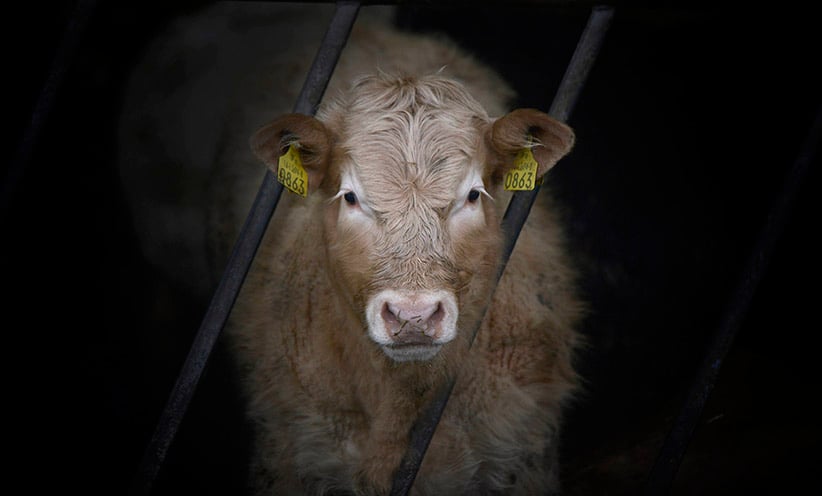 Cattle call: For the first time in nearly 16 years, Irish beef is destined for the U.S. after a ban, dating back to a BSE outbreak across Europe, was lifted.
(Charles McQuillan/Getty Images)

A safe place for Syrians

After failing to meet its stingy July 2013 pledge to settle 1,300 Syrian refugees in Canada by the end of last year, Ottawa has at last thrown open the door to those suffering through one of the largest population displacements since the Second World War. Immigration Minister Chris Alexander says Canada will welcome 10,000 Syrian refugees and 3,000 Iraqis over the next three years. The move won’t solve the underlying problem of Syria’s murderous civil war, but it will ease the plight of a few of those battered by it, albeit belatedly.

Despite the Canadian economy’s oil slick, new signs of life

The plummeting price of oil—$46 a barrel this week—poses a big challenge for the Western provinces. But, as the petro-driven loonie tumbles too (down to US84 cents), central Canada’s manufacturing sector is stirring again.Chrysler said it will spend $2 billion retooling a minivan plant in Windsor, Ont., and a $500-million expansion of Linamar, an auto-parts factory in Guelph, Ont., promises 1,200 new jobs. Meanwhile, analysts predict Bombardier Inc.’s profit margins at facilities in Quebec and Ontario will jump nine per cent as a result of the weaker dollar. Silver linings among the threatening economic clouds.

A thawing of U.S.-Cuba relations, in time for travel season

Unlike America’s sputtering rapprochement with Iran, Washington’s moves to kiss and make up with Cuba following decades of hostility appear to be progressing smoothly. According to Reuters, American officials confirmed that Havana has released all 53 prisoners whose freedom was part of a deal U.S. President Barack Obama and Cuban President Raúl Castro announced in December to restore diplomatic ties. And Obama will reportedly soon move to ease restrictions for U.S. travellers. Canadian snowbirds may find Cuban beaches more crowded next winter.

The U.S. Navy is trying a friendlier approach to its female recruits, doing away with a requirement that they buzz their hair short for boot camp. Under a new trial program, women will be allowed to choose from 19 approved styles, set out on an interactive website. Braids, cornrows and buns are now accepted alongside bobs, pixie cuts and flat-tops, although ponytails remain relegated to physical training only. The move comes after the Army revised its lid list last summer, following complaints by female soldiers. No word yet on whether Hollywood is planning to remake G.I. Jane. 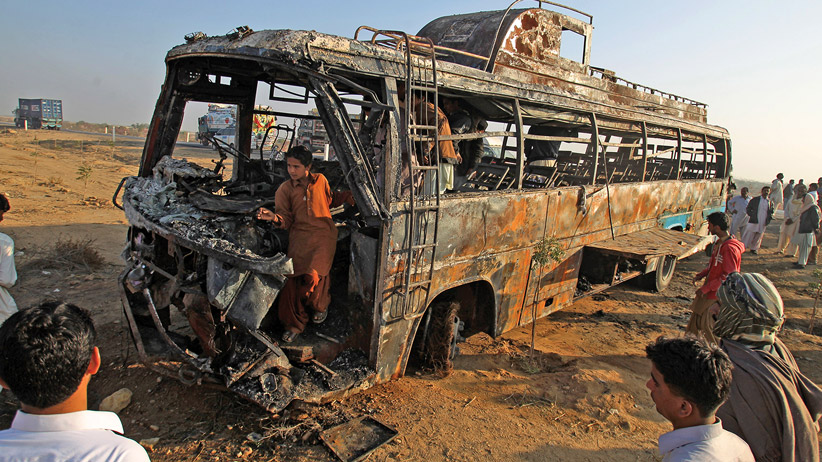 Fiery crash: A passenger bus was destroyed after colliding with an oil tanker on a highway about 50 km outside of Karachi, Pakistan
Fareed Khan/AP

With the attacks in Paris still top of mind, the RCMP has arrested three Ottawa men it alleges were planning to participate in terrorist activities. Twin brothers, Ashton and Carlos Larmond, 24, were collared last week—Carlos at the Trudeau airport in Montreal, supposedly on his way to join Islamist rebels in Syria. Their friend Suliman Mohamed, 21, was apprehended a few days later in Ottawa. The police have yet to provide details of their alleged crimes, but the charges will be the first test of a 2013 law that made it an offence to even try to become a jihadi—and a prelude to the Tory government’s plans for even tougher anti-terror measures.

As cyberattacks go, it was rather mild, if embarrassing. A group claiming to back the Islamic State jihadist group briefly hacked the Twitter and YouTube accounts of U.S. Central Command this week and posted some taunting messages. “ISIS is already here, we are in you [sic] PCs, in each military base,” boasted one tweet. “American soldiers. We are coming. Watch your back,” warned another. Some internal documents were also posted, though Centcom said “there was no operational impact” resulting from the breach. And whatever the damage, presumably, it pales beside the effects of ongoing U.S. Air Force strikes against Islamic State in Syria and Iraq.

Three hikers have been found dead near Whistler, B.C., after apparently plunging hundreds of metres while scrambling up the side of an icy mountain. The bodies of the trio, who were roped together, were discovered at the foot of Joffre Peak, a popular destination for backcountry enthusiasts. They were part of a larger group that had split up, some to ski, others to hike. When the hikers failed to show up at a planned rendezvous, the skiers looked for them, with the husband of one of the victims discovering her body shortly before nightfall. Authorities speculate that one of the hikers might have slipped and dragged the others to their deaths.

A woman in Newmarket, Ont., has pleaded guilty to aggravated assault after her homemade buttock-enhancement injections caused several women to fall ill. Marilyn Ely Red, 48, used a needle and a caulking gun to shoot silicone oil into her clients’ posteriors, charging them around $5,000 each. The Crown wants her to spend the next 10 years on her duff in jail.