No peace in Ukraine, jail time for Michael Sona, and gold for British royals 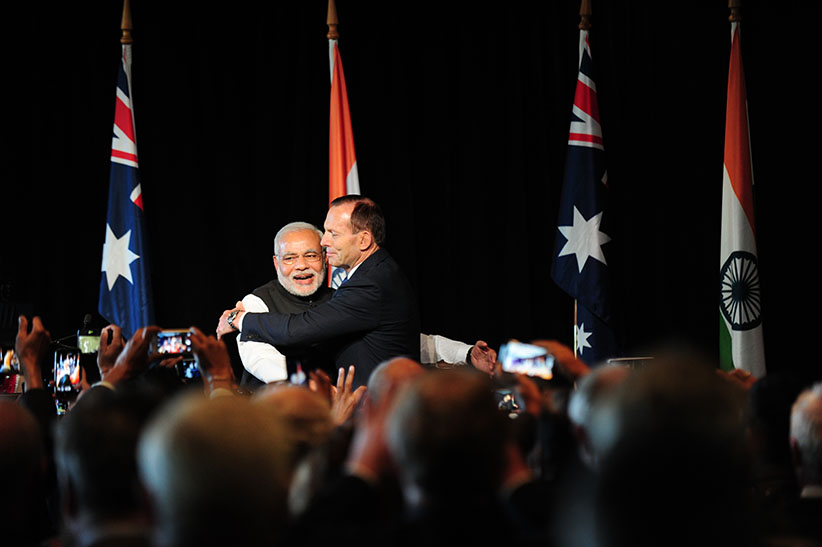 Sound judgments
Courts in two countries handed down serious jail time last week for non-violent offences—and, in both cases, the judges were spot-on. In Canada, former Conservative staffer Michael Sona appeared dumbfounded at the nine-month sentence he received for his part in the 2011 voter suppression scheme in Guelph, Ont. In Iceland, Sigurjón Árnason, the former CEO of Iceland Landsbanki, got an unexpected year in jail for his part in market manipulation that caused the collapse of three banks. While neither man did physical harm, their crimes struck at the trust that makes free-market democracies work. Let their punishments serve as a deterrent.

Gold in that thar hill
With their spending habits under ever-increasing scrutiny, the British royals can take heart in the knowledge that they’re sitting on a gold mine—literally. London-based Stellar Resources has made a new discovery at Clogau St. David, a Welsh mine that operates under lease from the Crown Estate. The mine is best-known for producing the gold used to make royal wedding rings since 1923, including the one William slipped on the ﬁnger of Kate, duchess of Cambridge. It will comfort the house of Windsor to know there’s a lot more where that came from.

Justice delayed
Hossein Derakhshan’s crime was writing the truth. But, in Iran, such honesty comes at a steep price. In 2010, the Iranian-Canadian blogger was sentenced to 19 years in prison after a Tehran court found him guilty of spreading propaganda—although his real “offence” was helping other dissidents to harness the power of the Internet. Now, six years after his original arrest, Derakhshan has been pardoned by Supreme Leader Ayatollah Khamenei. The move surely has more to do with ongoing negotiations over Iran’s nuclear program than any reform. But we can all rejoice in his freedom.

From the heart
Ted Rogers travelled the globe seeking medical treatment to prolong his life. But now, six years after his death from congestive heart failure, the late media mogul’s family has assured that the search for a cure will start at home. A donation of $130 million to three Toronto hospitals—the largest gift in Canadian health care history—will create a world-leading centre for heart research. Excellent news for the one million Canadians who suffer from heart failure and all their loved ones. 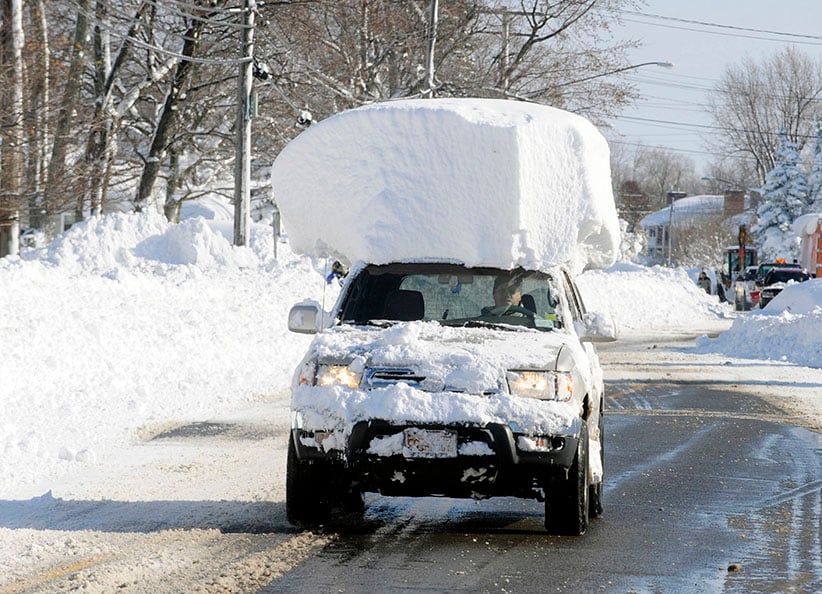 You missed a spot: A driver carries a heavy load in Lancaster, N.Y., on Wednesday. By Friday, nearly two metres had fallen on the area. Gary Wiepert/AP

No peace
The ceaseﬁre in eastern Ukraine appears not to be worth the paper it’s written on. An average of 13 people have been killed daily in the region since the truce on Sept. 5, according to a new report by the UN’s human rights ofﬁce, which describes a total breakdown of law and order in rebel-held Donetsk and Luhansk. Government forces have been accused of abuses, while Russia is said to be fanning the violence by covertly arming the rebels. With all the bad news emanating from West Africa, Syria and Iraq, it’s been easy to forget about this still-burning crisis. But no one should be fooled into thinking it has abated.

Dysfunction junction
Already reeling from budget cuts and the Jian Ghomeshi scandal, the CBC added a self-inﬂicted wound this week, temporarily banning one of its hosts from its own airwaves. Linden MacIntyre, who is about to retire from The Fifth Estate, gave a lecture about the institution’s star-enabling culture, and seemed to suggest that main anchor Peter Mansbridge also has an in-house reputation as a bully. A senior executive then responded by cancelling an appearance MacIntyre was to make on CBC News Network to promote his ﬁnal show. MacIntyre apologized and the ban was reversed, but not before another round of bad publicity. What in the world is happening at the public broadcaster?

Poppycock
The federal Conservatives came to power with a promise to respect Canada’s former soldiers. But their vow isn’t being backed up with cash. This week, the NDP revealed that Veterans Affairs Canada has returned $1.13 billion in unspent funds to the federal treasury since 2006—instead of using the money to improve beneﬁts and services. Shame.

Avert your eyes, Youppi!
How hard is it to come up with a viable mascot these days? The Prince Albert Raiders, a junior hockey team in Saskatchewan, are under ﬁre after unveiling a new “Arabian raider” that critics say mocks Middle Eastern people. “Boston” (so named under a sponsorship deal with the pizza restaurant chain), wears a kafﬁyeh and has a stereotypical hooked nose. The controversy follows an even more boneheaded promotion by the Adirondack Flames, the minor league afﬁliate for Calgary, in which their mascot, “Scorch,” was depicted apparently killing a ﬁreman. Maybe sports-marketing school should include a course in good taste.