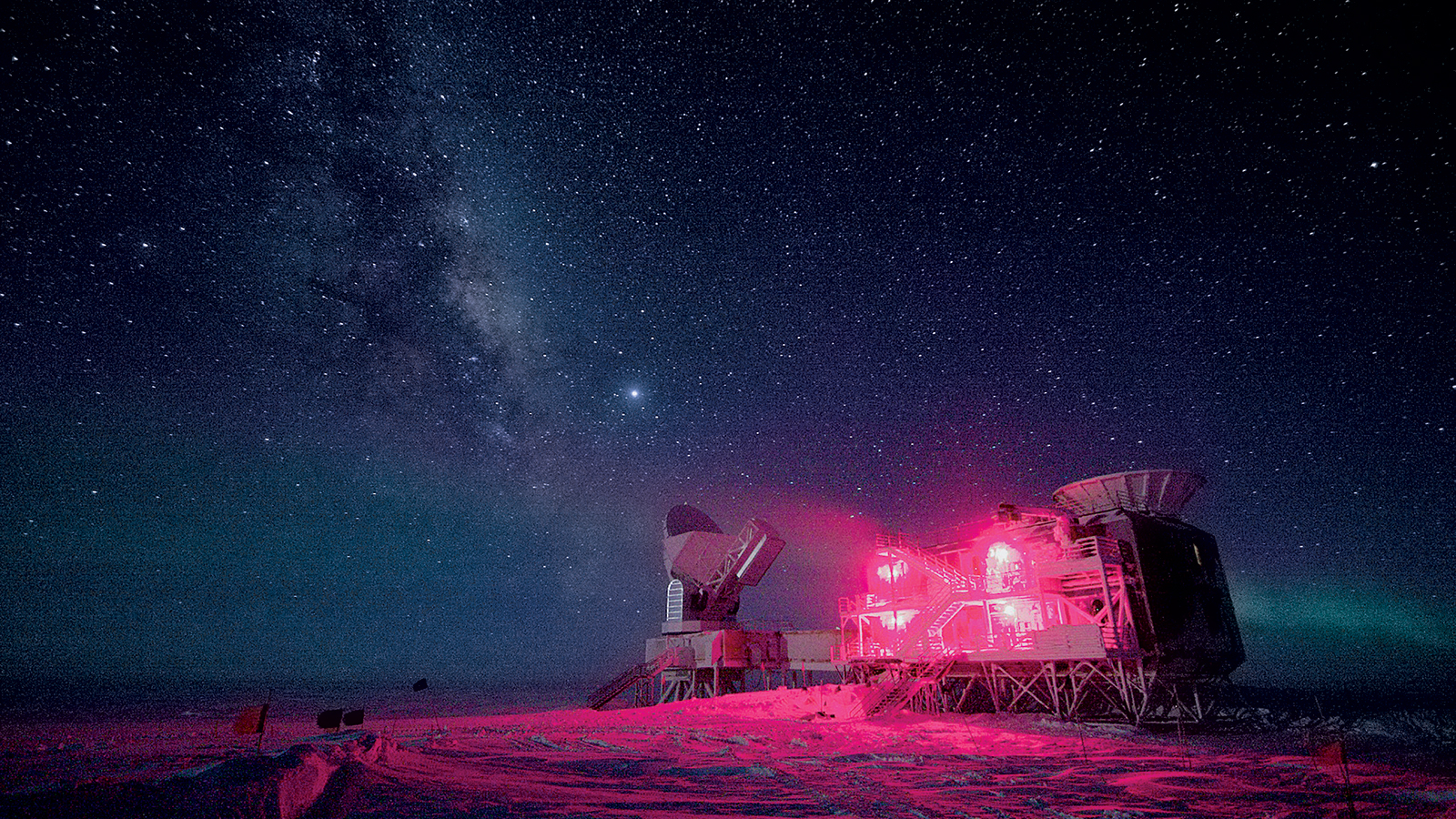 Thanks to gravitational waves detected at a South Pole radio telescope, experts have found direct evidence of the expansion of the universe. (Keith Vanderlinde/National Science Foundation/Reuters)

Thanks to an increase in colonoscopies, says a new study, colon cancer rates among Americans 50 and older have dropped by 30 per cent in the last decade alone. On Monday a number of U.S. institutions, including the American Cancer Society, announced a new initiative called “80 per cent by 2018,” which aims to get 80 per cent of Americans over 50 going in for cancer screenings by the year 2018. Canada could use some encouragement. March is colon cancer awareness month; only 30 to 35 per cent of Canadians are screened.

Finally some optimistic environmental news: Researchers from the British Antarctic Survey and Reading University found that with little interference on their part, a specimen of moss could revitalize itself and continue growing after more than 1,500 years frozen in Antarctic ice. Before this, scientists assumed mosses, which are vital to both polar regions, could survive in a frozen state for about 20 years; now it seems they could survive another ice age. It’s an encouraging insight into the resilience of life. Let’s hope we won’t need it.

Following in the footsteps of gay-friendly beer companies Sam Adams and Heineken, Guinness, the popular dry Irish stout, withdrew its sponsorship of this year’s St. Patrick’s Day parade in New York City, citing a “policy of exclusion” that forbade LGBT people from marching openly in the parade. (Mayor Bill de Blasio also boycotted the event, becoming the first mayor to do so in decades.) Corporations show courage when they refuse to appease homophobia. But they also show good business sense. At a recent World Bank forum, researchers said businesses and tourism suffer hugely from homophobia; they estimate it could cost India as much as $30 billion each year.

Pay attention, or pay up

According to a new survey, 84 per cent of Canadians believe that texting while driving should be a criminal offense. It’s no wonder why: fatal collisions in Canada involving distracted driving have risen 17 per cent in the most recent five-year period. Ontario Transportation Minister Glen Murray made the right choice when he proposed the province’s fines for distracted driving increase from the current range of $60 to $500, to $300 to $1,000. The proposed legislation could also cost a driver caught texting an additional three demerit points.

So much for the cold truth

You may think this has been a long, cold winter, but science doesn’t believe you. Two new studies show global warming continues on unabated. One from the U.K.’s University of Leeds suggests that climate change will start having an “increasingly negative impact” on crop yields sooner than expected; scientists predict temperate and tropical climates will be affected as early as 2030. Another new, depressing finding, out of Ohio State University, shows that what was believed to be Greenland’s last stable ice sheet has actually lost 10 billion tonnes of ice annually since 2003.

North Korea’s offensiv, North Korea’s closest ally, this week dismissed a United Nations report outlining horrific human rights abuses in North Korea, characterizing the document as being “divorced from reality.” Based on evidence from interviews with refugees and defectors, the UN determined that the hermit kingdom subjects its citizens to an “almost complete denial of the right to freedom of thought, conscience and religion.” The report also compared the regime to Nazi Germany, in its fondness for starving and torturing political prisoners. China’s veto power on the Security Council could stop any attempt to bring North Korea to justice at the International Criminal Court.

Documents obtained by the Liberal party under the Access to Information Act suggest that Canada’s armed forces decided to scrap plans to hold a Canada Day commemoration service for the Afghan war, out of concern that such an event might offend the Harper government and the general public. Research may show that Canadians aren’t sure whether the war was a success or failure, but we owe the 158 troops who died fighting it proper recognition. Canada Day this year can be about more than fireworks or a weekend at the cottage.

Another reason online surveillance isn’t always a bad idea: This week, 84 people were taken into custody in France for allegedly buying illegal arms online from Austria, Germany and central Europe. Among the weapons seized were 330 handguns, 50 shotguns and thousands of cartridges. This news comes on the heels of a report by the Stockholm International Peace Research Institute indicating that between 2009-13 the “volume of international transfers of major weapons” was 14 per cent higher than it was between 2004-08.