U.S. President Barack Obama last week unveiled five “promise zones,” hard-hit communities across the U.S. that will be the focus of poverty fighting and job-creation efforts. The initiative, which will make it easier for local businesses to get federal grants and loans, drew a rare display of bipartisan support from Republicans such as Senate minority leader Mitch McConnell. While Democrats don’t have a great track record when it comes to rolling out high-profile programs—let’s hope this initiative doesn’t require logging on to a government website—it’s encouraging to see U.S. leaders joining forces to tackle the problem of income inequality.

On the right track

Following several explosive train accidents in the last year, including the Lac-Mégantic disaster, Ottawa is enacting strict new measures to improve the safety of shipping crude oil by rail. Rail companies will be required to vouch for and test the contents of their cars, and maintain detailed records for a minimum of two years. Meanwhile, the head of safety for CN Rail said the rail industry wants to “aggressively phase out” the types of aging tanker cars involved in recent explosions. Until more pipelines are built, shipping oil by rail will be an unavoidable reality. Any move that makes it safer is a welcome one.

The World Health Organization says it expects to declare India polio-free after three years without a single case of the virus. India’s historically high rates of polio infection had made the country the epicentre for the spread of the disease, making this week’s news an important public health milestone. Some of the credit goes to Bill Gates: The Microsoft founder has been a major donor in the fight against polio through his Bill and Melinda Gates Foundation. In a blog post this week, Gates hailed India’s polio-free status “one of the most impressive accomplishments in global health, ever.”

When the MTV reality series 16 and Pregnant debuted in 2009, many critics warned that it glorified the problem of teen pregnancy. But a new study from the National Bureau of Economic Research, which looked at television ratings and birth records, says the show and its spinoffs actually had an educational effect, cutting the teen birth rate by six per cent, or more than 20,000 births, in 2010. Now who wants their MTV? Parents of teenagers. 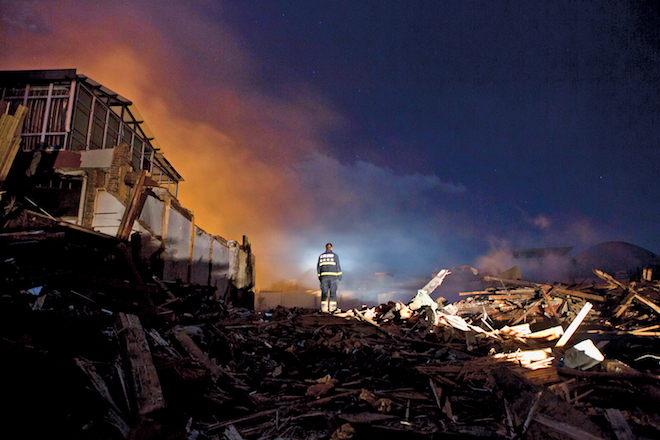 The loonie fell below US92 cents last week, a four-year low, after the economy suffered a series of blows. Statistics Canada said 46,000 jobs were shed in December, the largest drop for the month since 1990. That came on the heels of a major revision to Canada’s trade data showing a $940-billion deficit in November. For those banking on the U.S. to come to Canada’s rescue, the news isn’t any more promising. America issued its own disappointing jobs report this month, showing the economy created just 74,000 jobs in December, far below the 196,000 expected by analysts. So much for the North American economy finally turning the corner.

Aitazaz Hassan Bangash, a 15-year-old boy, died last week when he confronted a suicide bomber trying to enter his school in a Shia-dominated area of Pakistan’s northern Hangu district. The area has a long, bloody history of violence between Shia and Sunni Muslims. Aitazaz is rightly being considered a national hero. “My son made his mother cry, but saved hundreds of mothers from crying for their children,” his father said. But the circumstances of his death raise deeply disturbing questions about the level of sectarian violence now sweeping that corner of the world.

Passengers on a Southwest Airlines flight from Chicago to Branson, Mo., had a harrowing experience when pilots mistakenly landed at the wrong airport 11 km away, whose runway was half as long. While the airline said the Boeing 737-300 made a safe—if “abrupt”—landing, it’s the second time in two months that a U.S. jet has landed at the wrong airport. In November, a Boeing 747 cargo plane tried to land at a Kansas Air Force base, only to touch down at a small airstrip 15 km to the north. In 2012, a United Express flight landed at the wrong airport in West Virginia. Just when you thought flying couldn’t become any more inconvenient, or scary.

The Dallas Safari Club raised $350,000 by auctioning a permit to hunt one black rhino—of which there are only 4,000 alive today—in Namibia. The club defended the sale, arguing that killing one male too old to breed will benefit the herd, and that the money will go toward helping endangered species. But surely there are better, more constructive ways to promote conservation than shooting the very animal in need of protection.