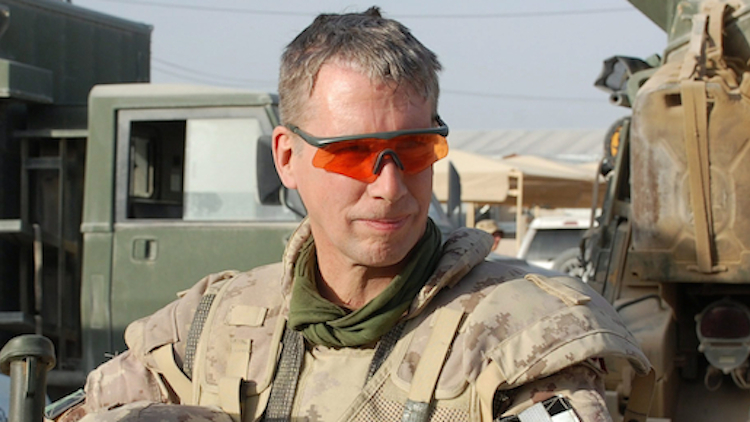 Dying with dignity
Few debates are more polarizing and more heart-wrenching than a patient’s right to die. But Quebec is on the verge of introducing historic legislation that strikes the best possible balance: institutionalizing extensive palliative care while still allowing the gravely ill, in certain circumstances, to end their unbearable suffering with a lethal injection. According to the proposed bill, a patient must be diagnosed with “an incurable serious illness” and be “capable of giving consent” in order to qualify for a doctor-assisted suicide. Although no system is perfect, especially when the issue is literally life and death, a patient deserves that ultimate choice—not the state.

Cameras don’t lie
Front-line Toronto police officers will soon be wearing tiny video cameras on their lapels as part of a pilot project aimed at improving transparency and accountability. The announcement is great news for everybody (except perhaps Mayor Rob Ford, whose moments on camera are rarely positive). Recent research has found that both police and the citizens they encounter behave far better because they know a camera is rolling. In fact, one California city that conducted a similar pilot project recorded 60 per cent fewer use-of-force incidents and a 90 per cent drop in complaints against officers. Action!

The best is yet to come
Middle-aged Canadians could have more to look forward to than just big mortgages and more frequent visits to the doctor. A recent study of inventors and Nobel prize-winning scientists by researchers at the U.S. Bureau of Economic Research found that people’s chances of making a groundbreaking discovery tend to peak in their late 30s. More important, the evidence showed a greater number of important discoveries are being made later in life—likely a function of the fact that today’s physicists and chemists spend more time in school than did their predecessors. The bottom line? Be patient.

Three years or free
Researchers at a U.S. military laboratory have created the holy grail of pizzas: a packaged pie that won’t expire for at least three years. The long-lasting pizza is the latest in MRE technology (meals ready to eat) designed to feed batallions of troops deployed in distant war zones. Which raises the obvious question: If we can stop pizza from growing mould, why can’t we figure out a way to avoid going to war in the first place?

General accounting
Andrew Leslie is a former three-star general who led Canadian troops in Afghanistan and who, in his words, dodged plenty of “real bullets.” But he’s dodging political projectiles these days, and rightfully so. Leslie took advantage of a program that allows retiring soldiers to claim one final residence change (in his case, a $72,000 move from one Ottawa house to another). Although he insists the Harper government publicized his particular claim for partisan gain (Leslie is now an adviser to Liberal Leader Justin Trudeau), the dollar figure speaks for itself. Taxpayers should not be on the hook because a general prefers a new neighbourhood in the same city.

Call of duty (depending on time of call)
It’s scary enough that the co-pilot of an Ethiopian airliner was able to lock his fellow pilot out of the cockpit, hijack the jet and steer it toward Geneva in the hopes of filing a refugee claim. But the real jaw-dropping news comes courtesy of the Swiss air force, which couldn’t scramble fighter jets to the scene—because the hijacking occurred outside business hours. “Switzerland cannot intervene because its air bases are closed at night and on the weekend,” a spokesman said, adding: “It’s a question of budget and staffing.” It’s not clear if there’s cash in the budget to cover moving costs for retired Swiss generals.

Save the planet, kill the birds
The world’s largest solar-power plant in the Mojave Desert is not exactly a resounding success. There is mounting evidence that the US$2.2-billion system—which covers 13 sq. km and can power 140,000 homes— produces so much intense heat (up to 1,000° F) that it scorches birds to death as they fly through the area. Although regulators have promised to study the problem over the next two years, the verdict is already in: Not every environmental initiative is actually good for the environment.

If a tree falls on a golf course…
Violent winter weather has left scores of trees bent, bowed and broken across the continent, but the most famous succumbed at Augusta National, home to the Masters golf tournament. Club officials said there was no saving the famed “Eisenhower tree” that loomed menacingly over the left side of the 17th fairway. Ironically enough, the 100-year- old Loblolly pine was named for the U.S. president (and frustrated club member) who unsuccessfully petitioned to have it chopped down nearly 60 years ago.