Elon Musk in space, a deadly Afghan landslide and Ontario gets a chance for a clean start 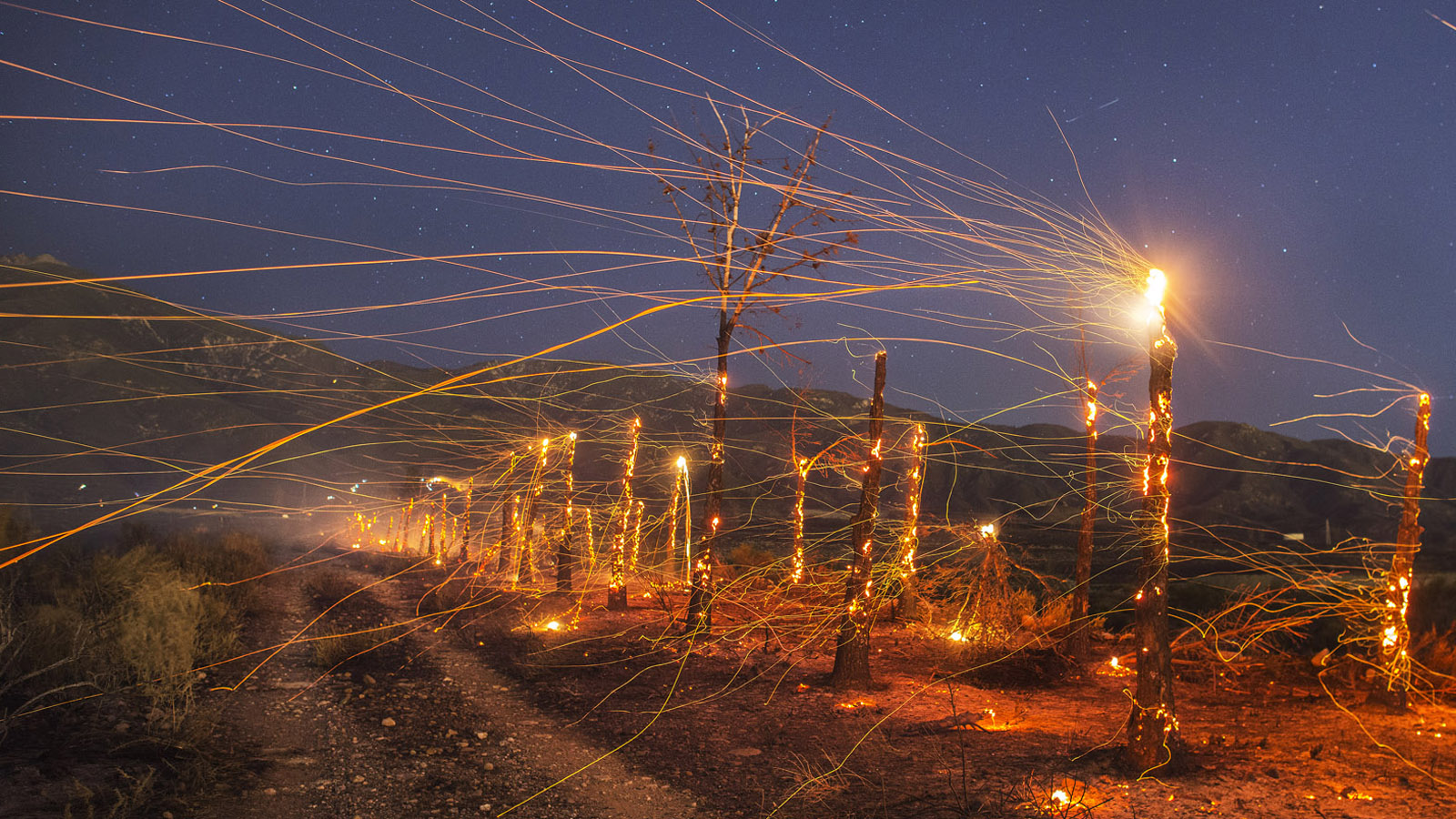 Bad news: More than 1,500 homes were evacuated as a fire charred 400 hectares near the San Bernardino National Forest in southern California (Stuart Palley/EPA)

Off to the races

An Ontario election was scheduled for June 12 after NDP Leader Andrea Horwath balked at voting for the Liberals’ proposed budget, and Premier Kathleen Wynne paid a call on Lieutenant-Governor David Onley. The deceased 40th Parliament of Ontario lasted just over 2½ years. Wynne, who replaced Dalton McGuinty in January 2013, will try to secure her own mandate and move on from Liberal scandals. It was high time, and perhaps then some, to give Ontarians the chance to either forgive or to transfer power.

There and back again

Elon Musk’s private spacefaring company SpaceX sent its reusable Falcon 9R rocket to an altitude of 1,000 metres, bringing it back down successfully (and elegantly) onto its launch pad. The 9R is the prototype of a reusable first stage for the existing Falcon 9 spacecraft, which SpaceX has already used to put cargos in Earth’s orbit. The hope is that the non-disposable rocket will do what the government’s space shuttle couldn’t: cut the costs of space commerce and make reaching orbit routine. SpaceX is increasingly making the shuttle era look like something of a wasteful distraction, mercifully ended.

Vampires have it right

A series of studies published in the journal Nature have shown that the blood of younger mice may improve cognition and stimulate neuron growth in the brains of older ones. Animal studies produce a lot of exciting headlines that never come to fruition, but the restoration of any mammalian brain is remarkable. Scientists are trying to isolate the factor in the young mice that affected the older ones so positively. The transfusions did not seem to work when the blood was slightly warmed, so they suspect that some sensitive protein may be key, as Count Dracula undoubtedly knew all along.

Americans on a commercial flight from Memphis to Dallas were delighted to spot a celebrity fellow flier they never expected to see in economy class: Prince William, duke of Cambridge. Along with his brother, Harry, the prince was in the United States as a private person to attend the marriage of an old mate, nightclub owner Guy Pelly. He has been spotted in coach before, but Americans thrilled at his populist instincts should note that his Scotland Yard security detail travels on the public dime, even when the prince doesn’t.

Deal or no deal

In a startling move, Shawn Atleo resigned from his position as national chief of the Assembly of First Nations, saying he did “not want to be an obstacle or a lightning rod” in the debate over the First Nations Education Act. Bill C-33 would have put billions in federal funding into Aboriginal education, encouraged education in indigenous languages and established joint Aboriginal-federal oversight institutions. The opposition parties were on board, but dissenters among First Nations intellectual leaders were not. The bill has been put aside, and the future of the AFN is in question—perhaps rightly, but with no replacement in sight.

War-torn Afghanistan is mourning after a dual mudslide in the country’s northeast buried 300 homes. Heavy rains brought a mountainside tumbling down onto the remote village of Aab Barik. Rescuers worked with shovels and their bare hands, but threats of further landslides hampered efforts, and Afghan Vice-President Mohammad Karin Khalili said of the victims, “That will be their cemetery.” Confirmed deaths number 255, but the true figure may be as high as 2,700.

So close, yet so far

On March 27, the World Health Organization announced the eradication of the disabling childhood disease poliomyelitis, in southeast Asia. But global polio eradication, once thought to be imminent, has suffered a horrifying setback. An international campaign had left the disease endemic to just Pakistan, Afghanistan and Nigeria. But it has now rebounded in Syria, Somalia and Iraq, and is circulating on the fringes of other countries. Officials fear it may reappear in conflict zones such as Ukraine and Sudan. WHO’s goal for worldwide eradication by 2018 is now in grave doubt.

The village of Cape St. George, N.L., is facing an awkward problem: a rotting, reeking sperm-whale corpse has washed up on a nearby shore. The village tried to auction off the corpse on eBay, but was thwarted by endangered-species regulations. The federal Fisheries department and the province both say it’s the village’s problem. And no locals own boats big enough to tow the beast out to sea. It has been a rough year for whales in Newfoundland: The remains of several blue whales have also washed ashore recently. The Northwest Atlantic blue whale population is thought to be on the order of just 500.