Quebec nun Gilberte Bussière is home, while Frank Meyers loses his farm to the government 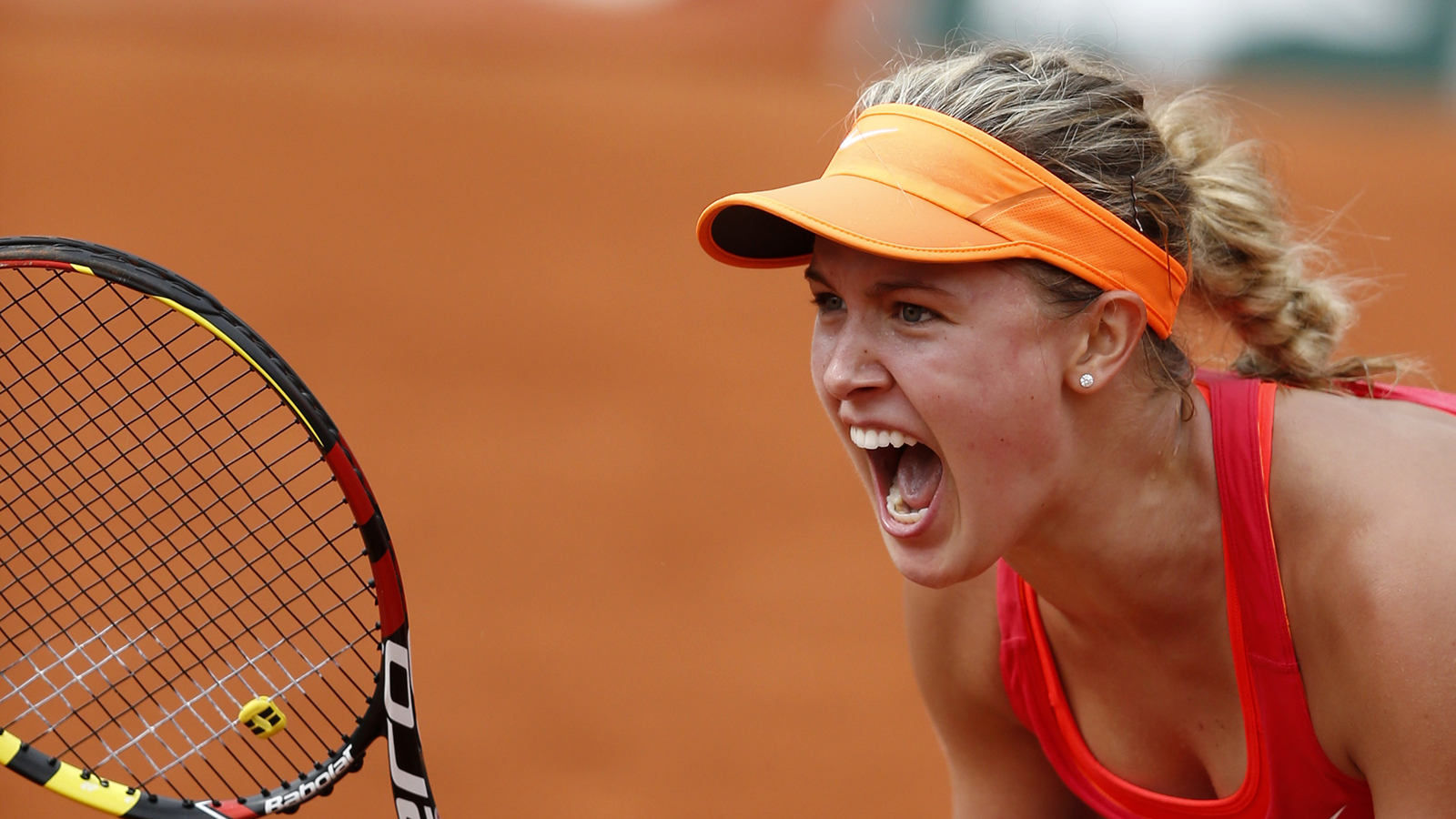 Eugenie Bouchard celebrates after defeating Spain’s Carla Suarez Navarro during their quarterfinal match at the French Open on June 3, 2014. The win meant she moved on to the semi-finals. (Vincent Kessler/Reuters)

A necessary deal with the devil

Details of the negotiations are still sketchy, but the end result answered many Hail Marys: Two months after being kidnapped in northern Cameroon by suspected Boko Haram gunmen, Quebec nun Gilberte Bussière and two Italian priests were set free, safe and sound. “We rejoice with her family, and we wish to thank those who have made this release possible,” said a statement from the Sisters of the Congregation of Notre-Dame. Boko Haram is the same brutal Islamist group that has killed thousands in neighbouring Nigeria and triggered international outrage after abducting nearly 300 schoolgirls on April 14. The world can only pray for a similarly happy ending in that heartbreaking case.

Tech for the masses

Rumours are swirling that Google plans to spend at least US$1 billion to launch a fleet of 180 satellites to better connect unwired regions of the Earth to the Internet. Closer to home, the search giant also took steps to make automobiles more accessible by unveiling its latest driverless car: a two-seater with no steering wheel, gas pedal or brake. It aims to have a hundred of the tiny, self-driving electric vehicles on the road by next year— following extensive testing, we hope.

With seats shrinking and aircraft cabins more crowded than ever, the U.K.’s Monarch Airlines will protect what little space passengers have left by ditching reclining seats on its planes. In yet another boost for harried fliers, Transport Canada has finally decided to relax the rules on smartphone and tablet use, allowing passengers to use the devices (as long as they’re not transmitting) during take-off and landing. The freedom to use a laptop without fear of having it unexpectedly thrust into your sternum normally wouldn’t be something to celebrate, but in today’s age of cramped, no-frills air travel, anything that makes flying a little more bearable is a welcome development.

They won’t sip from Lord Stanley’s cup, but the Montreal Canadiens gave their fans—and every other hockey-loving Canuck—something to cheer for deep into the playoffs. (Yes, even some Toronto Maple Leafs supporters jumped on the Habs bandwagon.) But if it’s any consolation, the New York Rangers-Los Angeles Kings final should be a classic: a rare east-versus-west matchup of two of the sports world’s brightest markets. Game on.

The massacre that shall not be named

As the rest of the world prepared to mark the 25th anniversary of the Tiananmen Square slaughter, Beijing was its typical paranoid self—dispatching additional police, detaining government critics and insisting that political dissidents “do not exist.” China has never issued a formal accounting of the 1989 massacre, when military tanks rolled into the city and killed hundreds of unarmed pro-democracy protesters. When asked about the anniversary crackdown, a Foreign Ministry spokesman wouldn’t even refer to Tiananmen Square by name, saying only that “the Chinese government reached a conclusion a long time ago” about that “political incident.” Clearly.

Farmer vs. the Forces

An Ontario farmer who has fought for years to save his historic land from the Canadian military—a battle bolstered in recent months by thousands of online supporters—has nothing left to fight for. In a moment Frank Meyers had been dreading, two large excavators arrived on his former property near CFB Trenton, ripping down his old barn, silo and other buildings in a matter of hours. Now 86, Meyers could do nothing but watch as the demolition crew cleared the way for a new Special Forces training ground. “How would you feel?” he asked. The answer is obvious.

Alberta’s oilsands received another black eye after Desmond Tutu, the outspoken retired Anglican archbishop, called the resource “filth” created by greed at a treaty-rights conference in Fort McMurray. Never mind that the Nobel Peace Prize winner travelled there on a fossil-fuel-powered jet and toured the region by helicopter. Making matters worse, Tutu’s comments came the same week the Obama administration won praise for proposing to cut power-plant emissions by 30 per cent by 2030. Canada needs to do a much better job selling the world on its capacity to responsibly develop a key resource.

As if would-be mothers don’t have enough to worry about. A new study that examined pregnant women during the nasty 1998 Quebec ice storm has linked some mothers’ stress levels to higher symptoms of autism and asthma in their kids—more proof of how vulnerable unborn babies can be to mommy’s moods. Separate research has found that lack of sleep in the latter stages of pregnancy can contribute to a child’s weight gain later in life. The moral? Worry less, rest more.