Remembering the fallen in the Middle East, a Mormon deception, and a sheepish Good Samaritan 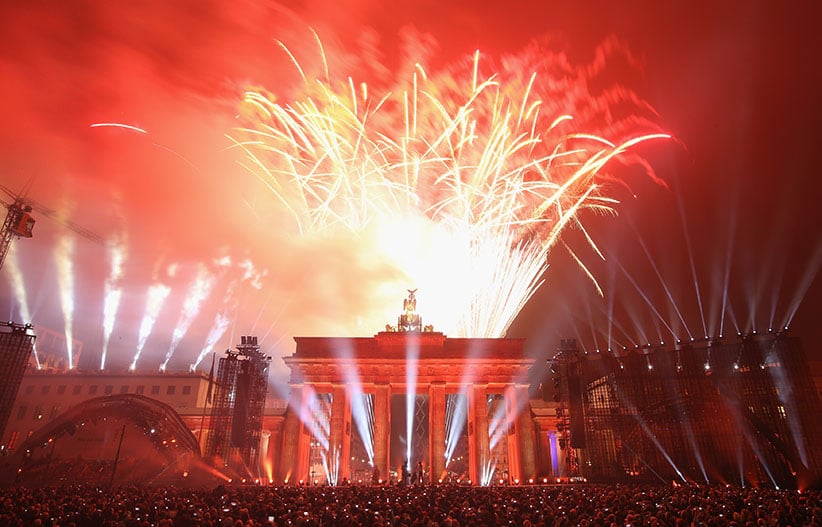 End of an era: Fireworks light up the Brandenburg Gate during celebrations on the 25th anniversary of the fall of the Berlin Wall on Nov. 9. (Sean Gallup/Getty Images)

Honourable mention
Canadian military personnel who have joined the fight against Islamic State terrorists in Iraq and Syria will have no trouble remembering why their mission is so critical: they just have to read the signs. Two operating bases in the region have been named in honour of Warrant Officer Patrice Vincent and Cpl. Nathan Cirillo, the two soldiers murdered last month on Canadian soil in what appear to have been attacks inspired by Islamic State. The news comes amid equally welcome reports that coalition airstrikes may have killed Islamic State leader Abu Bakr Al-Baghdadi, and that Iraqi forces have regained much of Beiji, home to the country’s largest oil refinery.

Atomic expansion
Canada’s ailing nuclear industry is poised for a badly needed boost after Candu Energy, owned by SNC-Lavalin, signed a joint venture agreement with China to build new advanced fuel reactors. The Chinese have plans for 26 new reactors as they struggle to meet soaring energy demands amid choking pollution, and Beijing is keen on Candu models because they can burn spent fuel from as many as four conventional light-water reactors. It’s a relief to finally see a future for our nuclear technology (Ottawa sold AECL’s struggling nuclear power business for $15 million back in 2011), particularly if some of those benefits continue to flow back home.

It’s not Rocket science
Montreal’s historic Champlain Bridge—named after Samuel de Champlain, famed French navigator and first European to explore the Great Lakes—is about to be replaced with a new structure. And for reasons only he knows, federal Infrastructure Minister Denis Lebel ﬂoated the idea of a new namesake, too: Montreal Canadiens legend Maurice “Rocket” Richard. Thankfully, the public uproar over such a ridiculous suggestion (not even Richard’s relatives liked the idea) was enough to convince Lebel to change his mind.

Doing the right thing
Kudos to Pierre Daoust, the brave retiree who dove into the Ottawa River to rescue a woman whose car had plunged into the frigid water. But our Good Samaritan of the week goes to an anonymous “thief” in Lower Sackville, N.S.—who stole a load of lumber intended for a new hockey rink, then brought it back after his crime hit social media. The thief left behind an apologetic note with the returned lumber (he thought the wood was someone’s garbage) and a $100 donation for the rink. 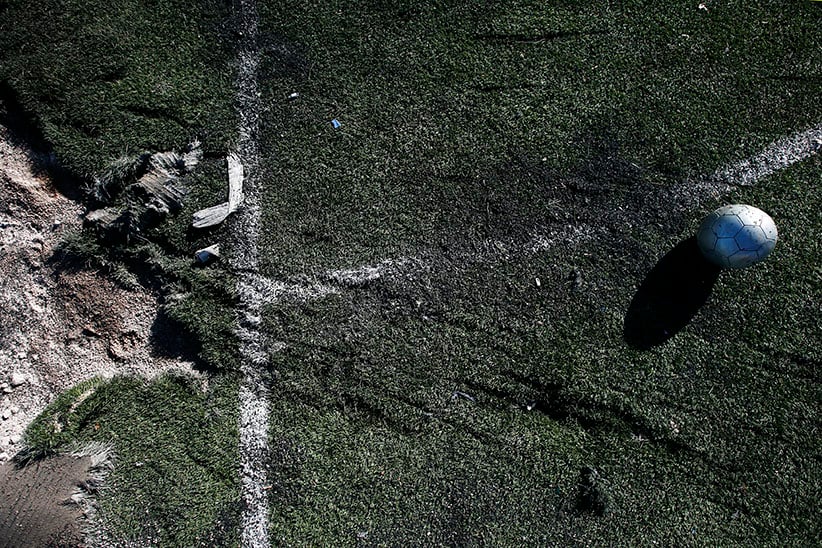 Senseless violence: A ball lies near where a shell landed on a soccer field in Donetsk, Ukraine, killing two teenagers who had been playing soccer. (Maxim Zmeyev/Reuters)

Spoiled parents
Thousands of Quebecers took to the streets to protest rumoured changes to the province’s universal child care program, namely a sliding pay scale that would see wealthier families pay double the current rate of $7.30 per day. But they might want to reconsider their outrage. A recent study by the Canadian Centre for Policy Alternatives found that families in Toronto and St. John’s, N.L., pay through the nose for infant daycare, $1,676 and $1,394 per month respectively. The figure for Quebec? Just $152 a month. Against that backdrop, the prospect of well-to-do Quebec families being asked to pay $15 or even $20 a day for daycare—still a ridiculously low amount—doesn’t seem like much to complain about.

Pins and needles
Potato growers in Prince Edward Island are offering a reward of up to $50,000 in the hopes of discovering how sewing needles ended up in some spuds. The recent tampering incidents are so alarming that the provincial potato board has also hired a consultant to examine possible safety improvements. In Ottawa, meanwhile, police are looking for the culprit who stuck a similar needle into a child’s Halloween candy. The 10-year-old boy was taking a bite out of a Snickers bar when he noticed the pin, and luckily wasn’t hurt.

Thou shall not lie
The Mormon Church’s efforts to clear up popular misconceptions and come clean about its past hasn’t always been easy. That’s certainly the case with the latest disclosure that Joseph Smith, the church’s founder and prophet, had as many as 40 wives, including married women and a girl who was just 14. Polygamy has long been associated with the Church’s early days, and all major religions have questionable chapters in their history. But the revelations about Smith are particularly troubling since they suggest followers have been misled about a central figure for more than a century.

From one war zone to another
Sadly, the cliché is deadly accurate: life really is unfair. Francisco Garcia, a U.S. soldier who survived a tour of duty in Afghanistan, was gunned down in his Los Angeles neighbourhood—while leaving a homecoming party organized by his girlfriend. “The ironies are obvious,” a police spokesman said. Although investigators are still trying to figure out what triggered the shooting, it appears to have been the culmination of a dispute that began earlier in the evening. Garcia was 21.