From Elon Musk's SpaceX to the CRA's text messages, here's the top news this week 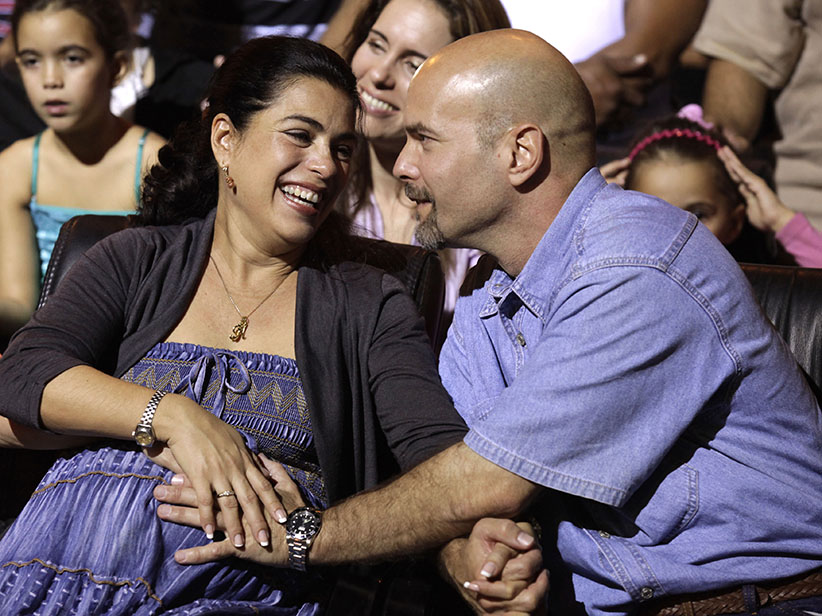 A fresh start: After spending 16 years in prison for spying on the U.S., Gerardo Hernández is reunited with his pregnant wife, Adriana Perez, in Havana
Enrique de la Osa/Reuters

Falling from the skies

The search for an AirAsia jet that disappeared en route from Indonesia to Singapore had turned up only some oily spots on the ocean, as of Tuesday night. One search official said the plane, which had 162 people on board and last reported flying into bad weather, was likely at the bottom of the sea. It is the third Malaysian airline disaster in a year. (Malaysia Airlines Flight MH370 disappeared in March, while Flight MH17 was shot down over Ukraine in September.) While the number of plane crash deaths spiked last year as a result, it is worth noting that 2014 was still the safest in the jet age, with the fewest number of passenger flight accidents.

The Canada Revenue Agency deleted all employee text message data it used to keep, the Toronto Star reported. Critics say the move may be an attempt to stymie Access to Information requests seeking details about potential political motivations behind controversial CRA audits. A CRA spokesman said the deletions weren’t about hiding important information, since texts are only used for “routine and non-business-related purposes.” If only the taxman were so tolerant when it came to other people’s record-keeping.

Darfur was once home to the world’s largest peacekeeping mission, with more than 20,000 United Nations troops. But with its numbers already trimmed to 4,000 in the region, the UN says it now plans to shrink its force even further—despite escalating violence that drove 457,000 Sudanese from their homes in 2014, the worst year in the past decade. The move comes after the International Criminal Court suspended the genocide case against Sudanese President Omar Hassan al-Bashir due to the fact that he is still in power and has not been arrested. It’s little wonder that violence continues to plague this corner of the world.

The hunt for power

Many people like to think that farming is nicer than hunting. But, according to new studies presented at the Natural Academy of Sciences, it may have made us a little too nice: Once humans stopped foraging and started growing their own food, their skeletons began getting weaker, thanks to the more sedentary, less dangerous lifestyle. The author of one of the studies explained that “in the hunter-gatherer bones, everything was thickened.” So, if you want healthy bones, it seems, don’t just drink milk. Go out and kill something. 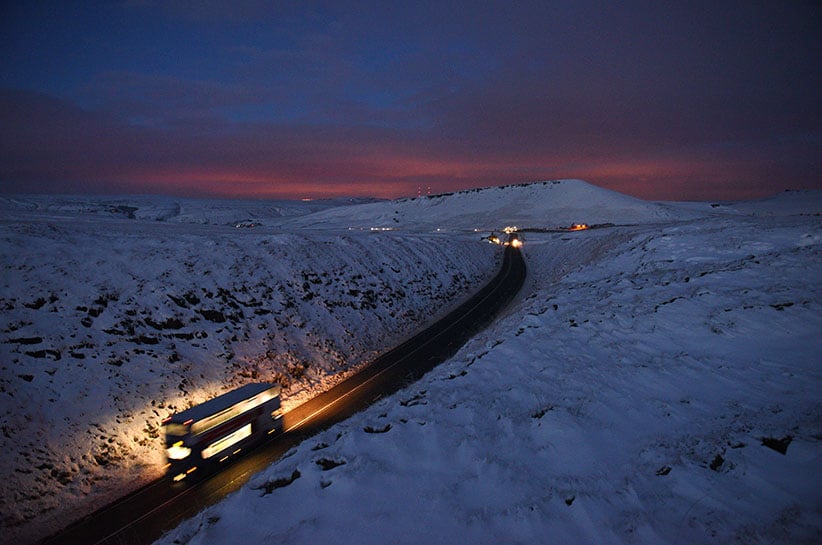 Better by bus: Snowfall across Britain, including this area near the English village of Diggle, caused power outages and transportation chaos
Oli Scarff/AFP/Getty Images

The Syrian government said last week it is ready to attend “preliminary consultations” in Russia aimed at ending its nearly four-year civil war. Western-backed opposition groups have so far rejected the proposed peace talks and are suspicious of Russia’s role, given the country’s backing of the Bashar al-Assad regime. Still, there are other reasons for optimism. The World Health Organization said last month that Syria approved the delivery of medical supplies to three ravaged parts of the country, including opposition-controlled areas of Damascus and Aleppo. The war and humanitarian crisis continue, but cracks are emerging in the deadly stalemate.

The reviews are in

Remember when the world was in an uproar because North Korean threats were preventing The Interview from being released? Now the movie is available online through various streaming sites and racked up $15 million in revenue during the Christmas weekend—much more than it made in a very limited theatrical release. That kind of money isn’t enough to cover the film’s $44-million budget, but, on the other hand, the producers didn’t have to pay to advertise it; the controversy has given it lots of free publicity. It took the Internet and some brave cinemas to stand up to a tin-pot dictator. It’s just too bad the movie turned out to be, by all accounts, lame.

After eight years of research, and arms that suffered more than 180,000 bedbug bites, scientists at B.C.’s Simon Fraser University say they have invented a trap to stop the bloodsucking insects from ruining a good night’s sleep. It emits a set of chemical attractants, or pheromones, to lure bedbugs into the trap and keep them there. After successful trials inside bedbug-ridden apartments in Vancouver, the team at SFU is now working with a Victoria-based firm to develop a commercial product due out this year. Sleep tight.

Shooting for the barge

SpaceX, the company run by billionaire Elon Musk, said it will attempt to land its 14-storey-tall Falcon 9 rocket on an ocean platform next month. It’s part of the firm’s effort to create the first reusable rocket (most rockets burn up while re-entering the atmosphere), which would greatly reduce the cost of space travel. The odds of success in the test flight aren’t pretty—“perhaps 50 per cent, at best,” the company says. But pushing boundaries is what space exploration is all about.