Falling unemployment, a failed Russia-Ukraine ceasefire, and other good or bad stories that caught our eye this week 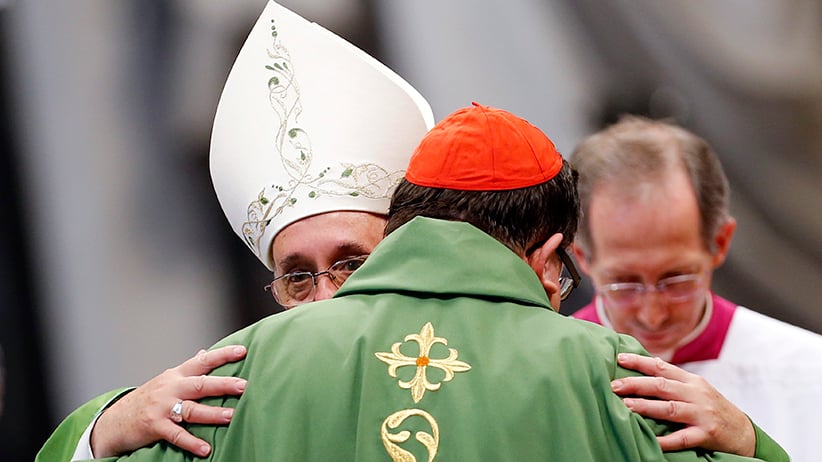 The world can let out a little sigh of relief this week as Iranian President Hassan Rouhani announced Monday that a nuclear deal with the West is imminent—and will be signed before November. “We will find a solution to the nuclear subject and we believe that the two sides will certainly reach a win-win agreement,” Rouhani said on Iranian television. The deal is said to guarantee Iran’s commitment to a strictly peaceful nuclear program. It’s sure come a long way from the “axis of evil.”

Canada’s unemployment rate fell to 6.8 per cent in September, the lowest since 2008. Meanwhile, the U.S. unemployment rate is now down to 5.9 per cent. No surprise, then, that a recent survey by Boston Consulting Group listed the two countries, along with the U.K., as the most popular global destinations for job-seekers. But Ottawa must not take anything for granted in a still shaky economy. Canada’s budget watchdog recently suggested that the government’s handling of Employment Insurance premiums (though helping to pad a promised budget surplus) could cost the economy 10,000 jobs by 2016. We should be doing whatever we can to keep the employment ball rolling.

Tech giants Facebook and Apple announced a landmark benefit for their female employees: They are now offering to pay for staffers to freeze their eggs (a process that can cost up to $10,000 in the United States) so that they may postpone motherhood while they build their careers. Access to affordable, on-site child care might be a more productive solution—preventing some women from feeling a need to freeze their eggs in the first place—but it’s nice to see companies trying, in various ways, to pay the price for the hefty demands they make on workers’ time.

According to a preliminary study by scientists at Johns Hopkins University, a common chemical found in broccoli, cauliflower and cabbage might improve symptoms of autism. Researchers determined after a four-week period that autistic teens who had taken regular doses of the chemical, called sulforaphane, exhibited better behaviour and communication skills. They aren’t positive the chemical has the power to improve autism symptoms universally, but, either way, there’s no harm in a second helping of veggies. 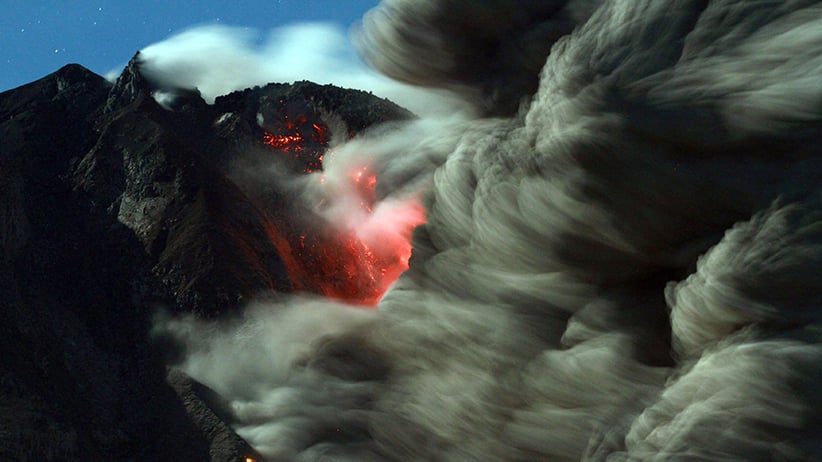 Here we blow again: The long-dormant Mount Sinabung in Indonesia erupted for the second time in four years, forcing hundreds of people to flee. EPA/DEDY SAHPUTRA

The ceasefire signed between Ukraine and Russia in early September has been anything but peaceful. As many as 331 people have died since, as Ukrainian soldiers continue to clash with pro-Russian separatists. Meantime, police in Belarus, which maintains close ties with Russia, detained hundreds of football fans during a Euro 2016 qualifier against Ukraine after supporters of both teams belted out an anti-Putin song. Seven fans were jailed for five days for using obscene language, while another was sentenced to 10 days—ironically, for possessing fascist symbols.

A $559,000 public art installation in Calgary was recently pulled off the street and put in storage after a passerby stopped to admire the stainless steel orb and found her coat “had been scorched by the refraction of the sun’s rays.” It wasn’t Alberta’s biggest PR burn last week. That goes to former premier Alison Redford’s aborted “Sky Palace.” New documents obtained by the opposition Wildrose party suggest luxury upgrades to the suite that was being built in Edmonton cost taxpayers close to $1 million.

Protesters returned to the streets of Ferguson, Mo., nearly two months after Michael Brown, an unarmed black teenager, was shot and killed by a police officer. Earlier this week, hundreds rallied at Ferguson police headquarters, city hall and local businesses. The four-day protests also extended to surrounding areas in St. Louis, where Vonderrit Myers, another black teen, was recently killed by an off-duty police officer. Though police highlighted their restraint after being criticized for their military-style response back in August, the arrest of nearly 50 people at a mostly peaceful protest seems like a strange way to build trust with the local community.

Mankind has left such an indelible mark on the planet, through pollution and climate change, that scientists are debating whether we deserve a geologic epoch of our very own: Anthropocene, or “the age of humans.” The name can already be found in hundreds of academic papers, but remains controversial because of the need to identify when it would begin, and how it’s reflected in Earth’s various rock layers that serve as markers. For now, the last 12,000 years of Earth’s history continue to be known as the Holocene, which translates from Greek to “entirely recent.”