Freedom for satire, ebola's approach, and other good or bad stories that caught our eye this week 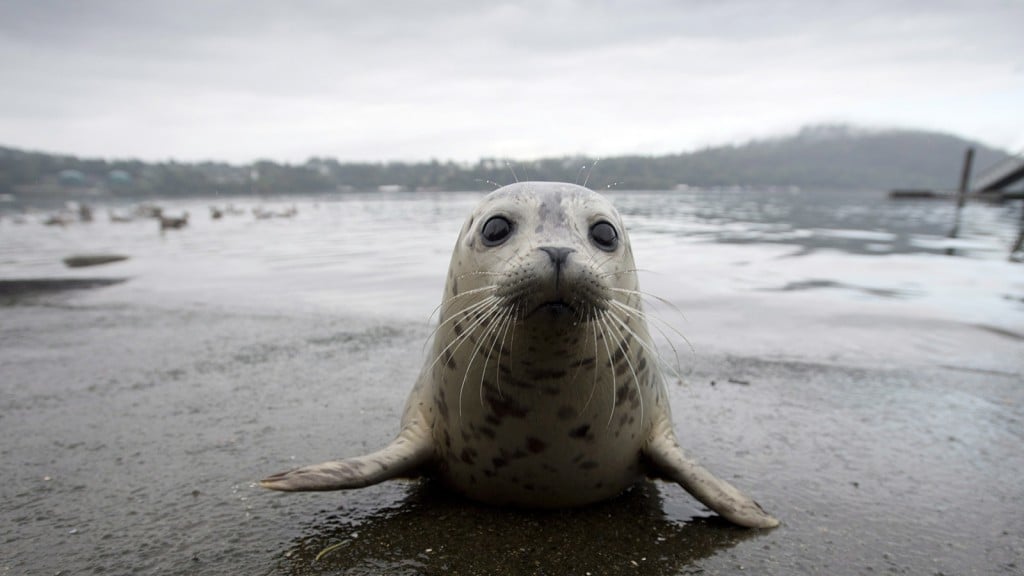 A seal pup sits on the boat launch before heading back into the water after being released by the Vancouver Aquarium into Burrard Inlet in North Vancouver, Wednesday, Sept. 24, 2014. Seven seals were release by the Aquariums Marine Mammal Rescue Centre which helps and assists injured, sick or orphaned marine mammals. (Jonathan Hayward/The Canadian Press)

Lines in the sand

Key Arab states, including Saudi Arabia, Bahrain, the United Arab Emirates, Qatar and Jordan, have joined in the battle against Islamic State, which is essential if the campaigns in Iraq and Syria are to be anything more than another American misadventure in the Middle East. It’s certainly reassuring that regimes, which, in the past, turned a blind eye to extremism, finally grasp the existential threat it poses. Destroying Islamic State won’t be easy, but any hope of putting a lid on the movement requires Arab participation.

The other Sir John

Fresh off the discovery of Sir John Franklin’s ship, the Harper government is back on the history bandwagon, getting behind an initiative to pinpoint the exact birthplace of Sir John A. Macdonald. Nice timing: Newly revealed evidence has bolstered the theory that Canada’s founding prime minister came into the world in a low-rise building slated for demolition in Glasgow, Scotland. The dilapidated structure, now home to a massage parlour, was recently bought by Selfridges, the U.K. department store chain owned by Canadian grocery magnate Galen Weston. While the new owners haven’t disclosed their plans for the site, they’ve promised an appropriate tribute to our tippling forefather. So here’s to putting our historical icons on the map—at home and abroad.

Why be a worker when we have drones?

A big week for drones—useful and otherwise. The global courier company DHL announced it will make deliveries by unmanned aircraft, with the first flights ferrying medicine to a sparsely populated island off Germany’s northwestern coast. Meantime, a Stanford University researcher has created a wearable drone that springs from your wrist, then turns around and takes a picture of you before flying back to your arm. Good thing, because hoisting that smartphone was exhausting.

Swift would be proud

The forces of fun scored a big win this week, as Britain passed a law allowing limited use of copyrighted material for purposes of satire and parody. The move short-circuits the increasingly aggressive efforts by show-biz lawyers to squelch some of the best comedy on TV and the web. (Producers of one skit were forced to change the name “Predator” to “Alien Bounty Hunter”; Arnold Schwarzenegger—never afraid of a good send-up—would cringe.) We look forward to Weird Al Yankovic’s next British tour. 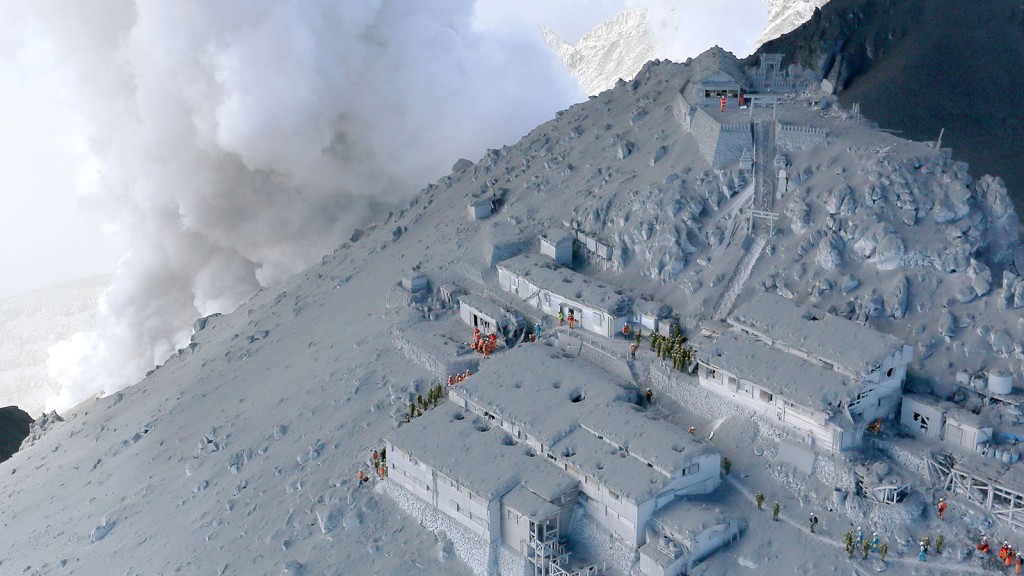 Japan Self-Defense Force (JSDF) soldiers and firefighters conduct rescue operations at mountain lodges, covered with volcanic ash as volcanic smoke rises near the peak of Mt. Ontake, which straddles Nagano and Gifu prefectures September 28, 2014, in this photo taken and released by Kyodo. More than 30 people were feared dead on Sunday near the peak of the Japanese volcano that erupted a day earlier, sending a huge cloud of ash and rock tumbling down its slopes, while packed with hikers. (Kyodo/REUTERS)

Too close for comfort

The Ebola outbreak, which has killed more than 3,000 people in West Africa, took a terrifying step closer to home this week. The Centers for Disease Control and Prevention said a patient in Texas tested positive for the virus—the first American case. The person had travelled to Liberia but didn’t develop symptoms after arriving in the U.S. Officials are tracking down anyone who may have been exposed and are confident they can contain the virus. But the days that it can be treated as a terrible but distant problem are over.

It’s hard to see the $338,000 Ottawa spent last week ferrying home European trade officials in the government Airbus as anything but politically motivated waste. The dignitaries were here to celebrate the end of negotiations for a Canada-EU trade deal; with an election just over the horizon, the Conservatives are trying to spin the occasion as a momentous success. It could be years, however, before the deal is approved and voices of doubt are already gathering in Europe. So park the plane and put the bubbly on ice. We’re a long way from ratifying this thing.

California has made a game bid to curb America’s epidemic of campus rape, but its new “affirmative consent” law risks sowing more confusion than it resolves. The legislation requires students at state-funded colleges to obtain explicit go-ahead before engaging in sex, yet allows for vaguely defined non-verbal consent. It also defines sex with someone incapacitated by drugs or alcohol as non-consensual, while providing a highly subjective definition of incapacity. Given the stakes—offenders will face the full force of campus discipline and possibly criminal investigation—the vagueness is troubling. Said one critic: “Technically, it might turn most [students] into rapists, victims or both.”

Good on the Vancouver SPCA for raiding a Yaletown apartment after a toy Pomeranian named Carter showed up stoned at a local vet clinic. Cocaine, oxycodone and methamphetamine had all turned up in the dog’s blood during past visits, records show, prompting investigators to take action. Vets say they’re seeing more pets exposed to party drugs in Vancouver’s well-heeled neighbourhoods and, if the perps think that’s funny, they’d best straighten up. They’ll be treated the same as any low-life who abuses an animal.