Album tells story of 12-year-old Chanie Wenjack, who died in 1966 after running away from the Cecilia Jeffrey Indian Residential School 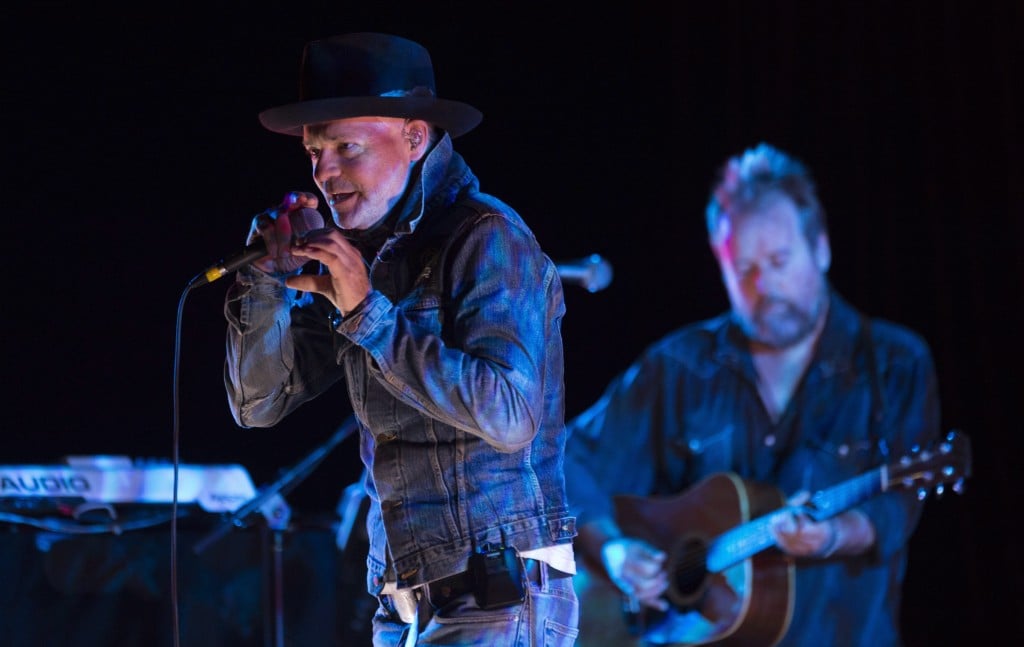 OTTAWA – Gord Downie’s powerful performance in the last concert of the Tragically Hip’s summer tour is now seared into the Canadian collective consciousness.

The pained anguish at the moment of the dropped microphone during “Grace, Too” and the unexpected political and social call to arms to help indigenous Canadians were a prelude to a final elegant song that told us there was “no dress rehearsal, this is our life.”

That nationally broadcast concert of the Tragically Hip in Kingston, Ont., in August just may have been a dress rehearsal of sorts.

Like the tragic 12-year-old muse of Downie’s latest solo project – a multimedia fusing of music, film and social activism – the Hip frontman is still grinding forward, one step at a time, in an appeal to awaken something he sees embedded in a guilty Canadian conscience, something as firmly rooted as the terminal brain cancer he continues to fight.

Downie’s fight resumed Tuesday night at the National Arts Centre in Ottawa when he took to the stage for a multimedia performance of his new album, “Secret Path.” The musician recieved a standing ovation even before the first note.

The album tells the story of 12-year-old Chanie Wenjack, who died in 1966 after running away from the Cecilia Jeffrey Indian Residential School near Kenora, Ont., 50 years ago this weekend.

Related: From the archives: The lonely death of Chanie Wenjack

Downie’s music and lyrics are accompanied by a graphic novel, as well as an animated film that was screened as a visual component of Tuesday’s one-hour performance.

Downie’s older brother, Mike, introduced the singer to Wenjack’s story after hearing a radio documentary several years ago. But then Downie was diagnosed late last year with glioblastoma, an aggressive and incurable form of brain cancer. He later went on tour with the Hip.

But he had unfinished business and has been rehearsing for weeks for two shows, the first one Tuesday night in Ottawa and the second in Toronto on Friday. That post-tour work has been a form of physical, emotional and mental therapy, his brother said in a pre-show interview.

Hundreds of residential school survivors and indigenous leaders were invited to Tuesday’s performance.

“Gord is walking a path towards his death as well,” said Ry Moran, director of the National Centre for Truth and Reconciliation at the University of Manitoba.

Moran said many people who were working on Canada’s recently completed Truth and Reconciliation Commission were secretly hoping that a popular figure such as Downie would emerge to take up their cause and prevent the final report from being consigned to a dusty shelf.

“What I hope happens is that we hold him up, and the country holds him up and gives him as much strength and cheers him on as much as we can collectively so he can continue this critically important work.”

Pearl Achneepineskum, Chanie Wenjack’s older sister, recalled how Downie and his brothers travelled to their remote northern Ontario community of Ogoki Post last month to present the completed “Secret Path.” They played the opening track, “The Stranger,” on a laptop computer, and they leafed through the stark drawings in the accompanying graphic novel.

“He captured everything that was there – the isolation in the forest, the fear he must have had being alone,” Achneepineskum said Tuesday.

Now, she said, there is an unbreakable bond between her family and the Downies.

“It’s almost like another brother – that sort of connection.”

Downie has also started a fund to raise money in Wenjack’s memory, which his brother Mike said will be the singer’s legacy.

“These things burn hot and bright and then they start to dim,” said Mike Downie. “But the fund – the idea is to keep that going.”