Pilus Enor, mayor of the town of Camp Perrin: 'Devastation is everywhere.' 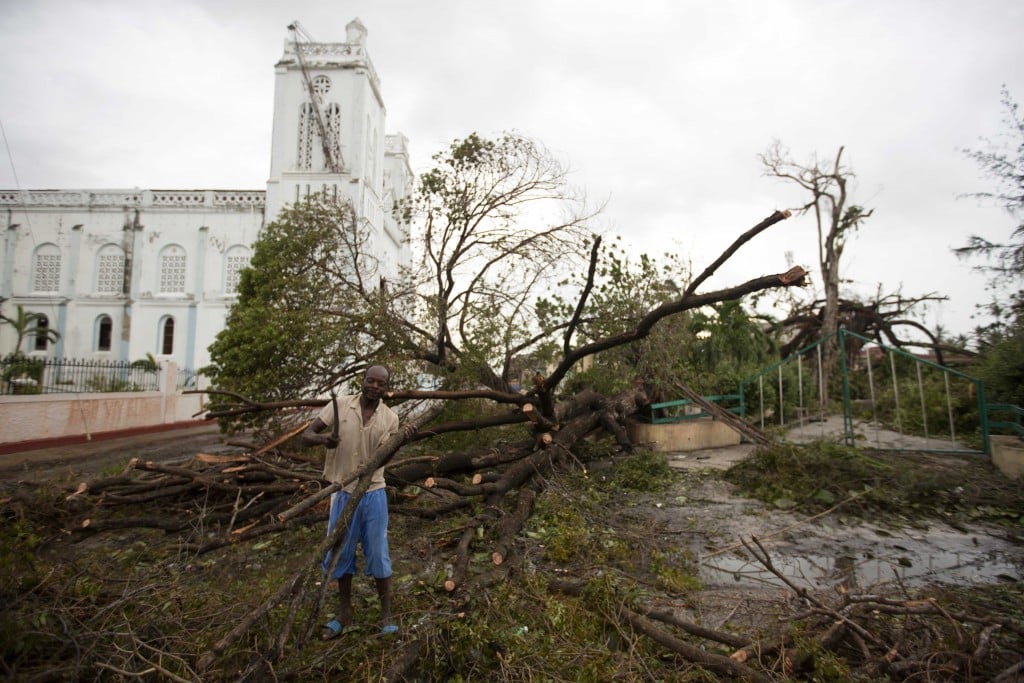 At least 283 people died in just one part of Haiti’s southwest, the region that bore the brunt of the storm, Emmanuel Pierre, an Interior Ministry co-ordinator in Les Cayes, told The Associated Press.

The overall death toll in Haiti is not clear. Shortly before Pierre spoke, the headquarters for Haiti’s Civil Protection Agency had put the number of confirmed deaths for the whole country at 122.

Authorities expect the number of deaths to rise, with mayors and other local officials in marooned areas reporting higher numbers. Most deaths are thought to have occurred in the southwest region.

Those killed in Haiti included a woman and her 6-year-old daughter who frantically abandoned their flimsy home and headed to a nearby church to seek shelter as Matthew surged in early Tuesday, said Ernst Ais, mayor of the town of Cavaillon.

“On the way to the church, the wind took them,” Ais told The Associated Press.

At least 12 people died in his town, and Ais said he expected the number to increase.

Officials were especially concerned about the department of Grand-Anse on the northern tip of the peninsula, where they believe the death toll and damage is highest. The 283 deaths reported late Thursday did not include Grand-Anse or other nearby areas.

“Devastation is everywhere,” said Pilus Enor, mayor of the town of Camp Perrin. “Every house has lost its roof. All the plantations have been destroyed. …This is the first time we see something like this.”

People faced an immediate hunger crisis in Grand-Anse’s largest city of Jeremie, said Maarten Boute, chairman of telecom Digicel Haiti, who flew there in a helicopter.

In the nearby seaport of Les Cayes, many people searched for clean water as they lugged mattresses and other belongings they were able to salvage.

“Nothing is going well,” said Jardine Laguerre, a teacher. “The water took what little money we had. We are hungry.” 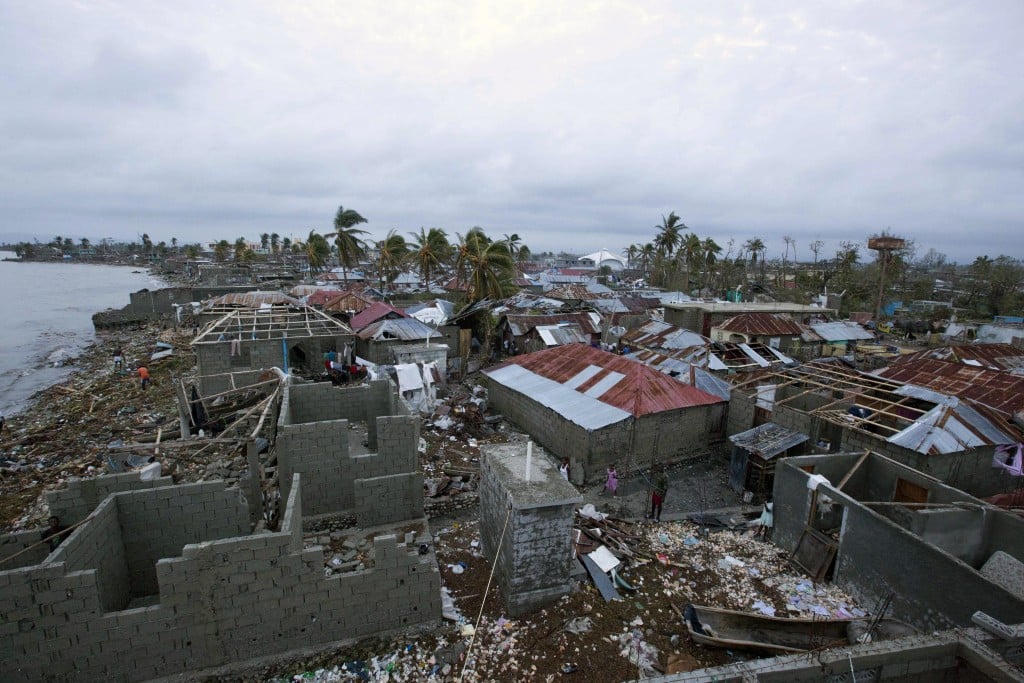 Authorities and aid workers were just beginning to get a clear picture of what they fear is the country’s biggest disaster in years.

Officials with the Pan American Health Organization warned Thursday about a possible surge in cholera cases because of the widespread flooding caused by Matthew. Haiti’s cholera outbreak has killed roughly 10,000 people and sickened more than 800,000 since 2010, when it was introduced into the country’s biggest river from a U.N. base where Nepalese peacekeepers were deployed.

Before hitting Haiti, the storm was blamed for four deaths in the Dominican Republic, one in Colombia and one in St. Vincent and the Grenadines.

Haiti’s government has estimated at least 350,000 people need some kind of assistance.

International aid groups are already appealing for donations for a lengthy recovery effort in Haiti, the hemisphere’s least-developed and most aid-dependent nation.

In the coming days, U.S. military personnel equipped with nine helicopters were expected to help deliver food and water to hard-hit areas.

While recovery efforts continued in Haiti, Matthew pummeled the Bahamas on Thursday. There were no immediate reports of casualties in the capital of Nassau, but the storm ripped off roofs, uprooted trees and caused flooding that trapped some people in their homes. Authorities urged people to stay indoors while they conducted search and rescue operations.

“This is the most intense hurricane I have ever been through,” a Nassau resident, 43-year-old Jose Ageeb, said in a message to the AP. “And I have been through many.”

He rode out the storm with his family, including his 73-year-old mother, as he posted a video on Facebook of winds peeling off a nearby roof.

“I am completely terrified,” he wrote, adding that his home was almost intact except for floors being covered in water.

In Cuba, Matthew blew across that island’s sparsely populated eastern tip Tuesday night, destroying dozens of homes and damaging hundreds in the island’s easternmost city, Baracoa. But the government oversaw the evacuation of nearly 380,000 people and strong measures were taken to protect communities and infrastructure, U.N. officials said.