A preview of our latest cover story — now on newsstands 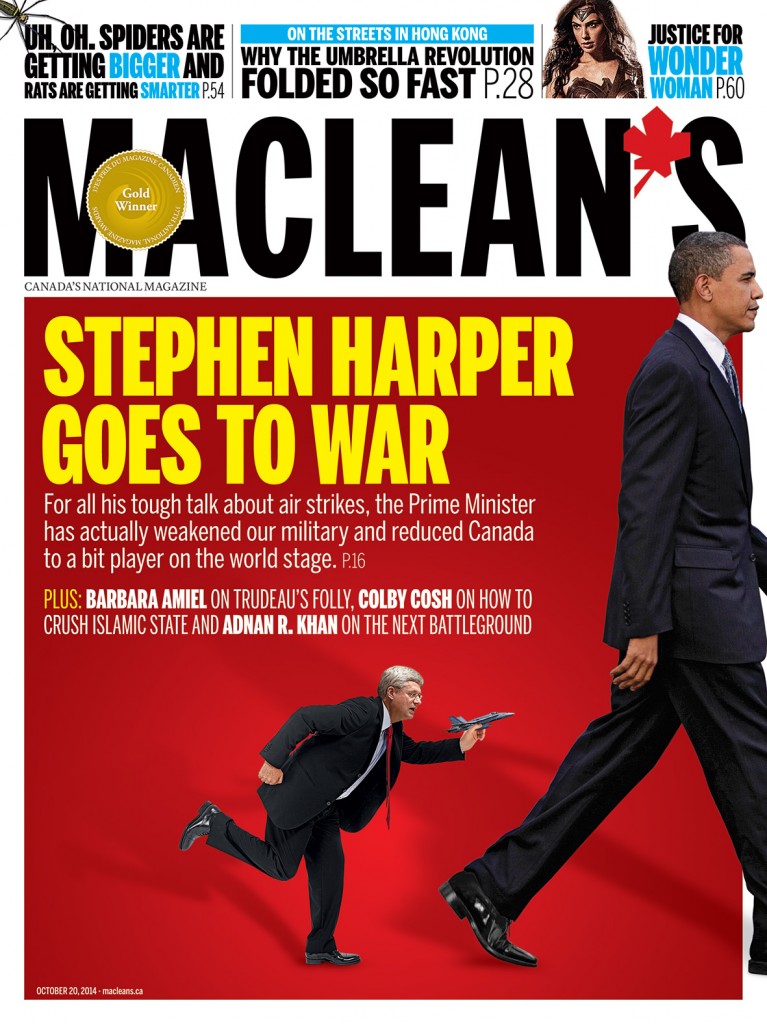 Stephen Harper’s decision to send Canadian fighter jets into combat over Iraq, and perhaps Syria, has focused unprecedented attention on the Prime Minister’s foreign policy. Harper himself cast the decision to join President Barack Obama’s coalition against Islamic State terrorists in terms of maintaining Canada’s standing on the world stage: “If Canada wants to keep its voice in the world—and we should since so many of our challenges are global—being a free rider means you are not taken seriously.” But how seriously is Canada’s voice taken internationally after Harper’s more than eight years in power?

Debate rages among foreign policy experts. Maclean’s looks at how Harper has positioned Canada in the world—and finds his record, judged by his own priorities, uneven at best. His claim to having restored Canada’s clout rests largely on Conservative commitment to the military, but cuts to the Armed Forces and troubles with major defence procurements undermine that narrative. He came to office touting Canada-US relations as any prime minister’s top task, but has been frustrated by the Washington file. This story probes those problems, but also highlights Harper’s success negotiating trade deals and his unexpected focus on a UN-centred humanitarian project. It’s a close look at Harper’s flawed foreign-affairs record at a moment when unsettling world events may offer him a chance to set a new tone.