How Americans and Canadians differ on right and wrong 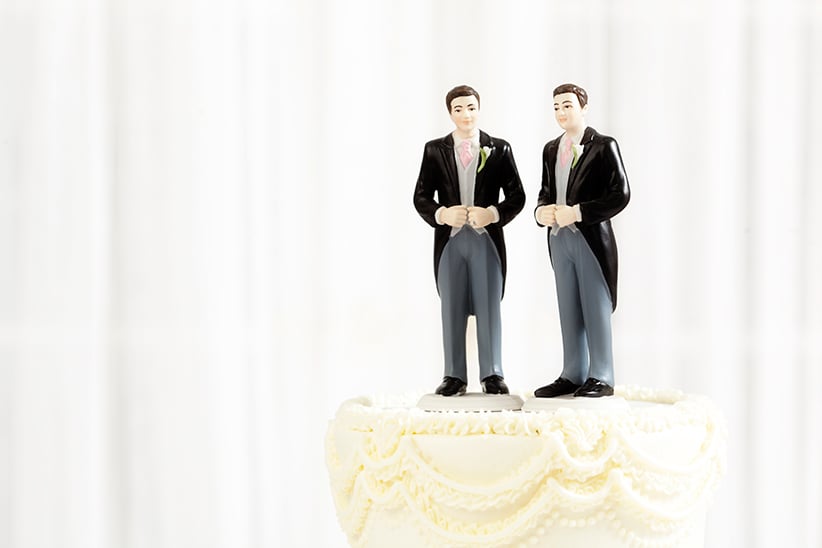 We share television programs, movie stars, sports leagues, political organizations and a border. But there’s at least one thing Canadians and Americans don’t share: our view of what is morally acceptable.

Over the weekend, Abacus Data released a poll comparing the Canadian and American moral compass. They found that Canadians are significantly more likely to find doctor-assisted death, abortion and gay and lesbian relationships “morally acceptable,” while our southern neighbours feel more comfortable with medical testing on animals, wearing and buying fur and, only slightly, cloning animals.

Check out the chart below to see how Canadians and Americans compare on questions of right and wrong. 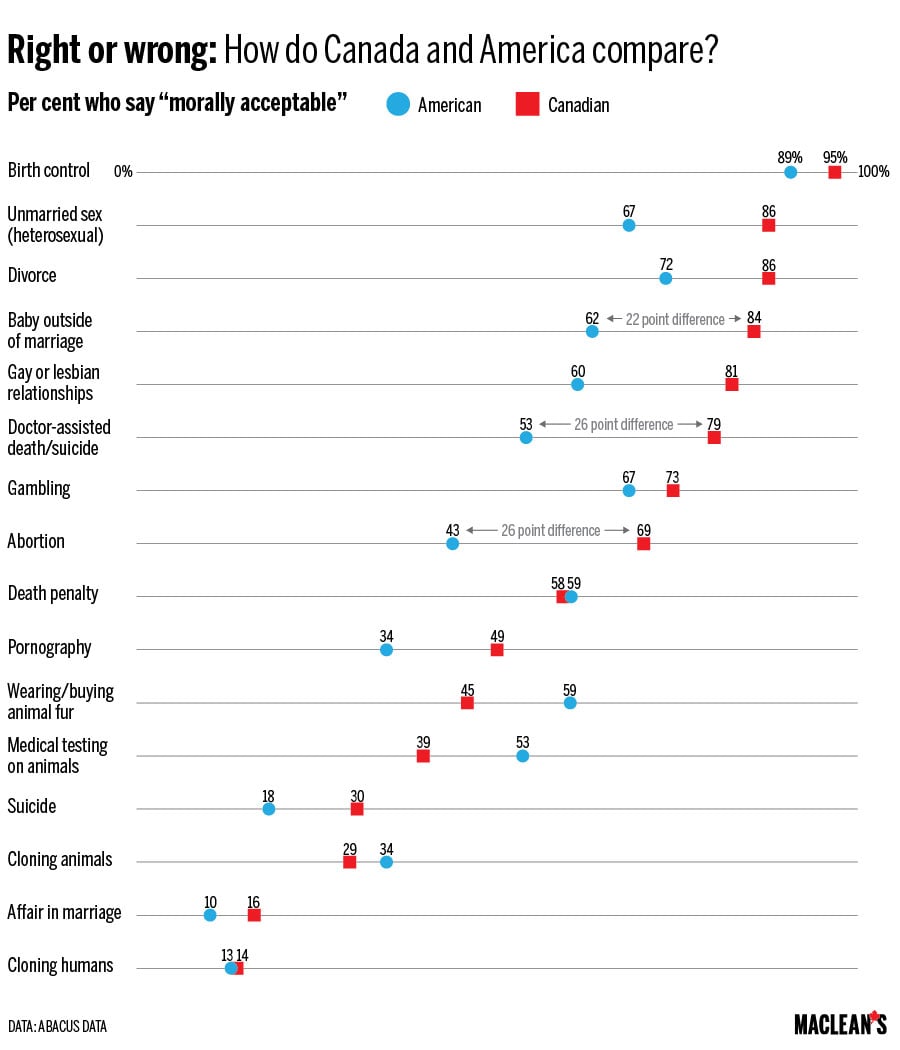