Unprecedented rainfall has forced tens of thousands of people from their homes in parts of Texas and Louisiana in the wake of Tropical Storm Harvey.

READ: How Canadians can help victims of Hurricane Harvey

Many factors influence how a city will handle mass rainfall, from its topography and layout to its drainage systems, infrastructure and previous weather patterns, to name a few.

The Calgary floods of 2013, for example, were exacerbated by heavy rains in the previous few days – not to mention the spring melt. The ground simply couldn’t absorb the mass showers that fell on the city in just a couple days.

With that in mind, however, here’s a look at how Harvey compares to other major flood events in North America by rainfall levels: 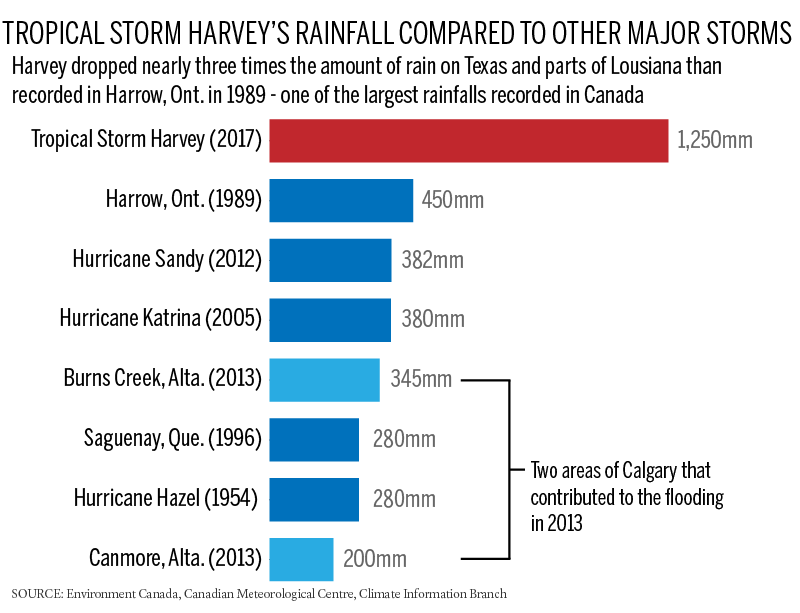