How to legalize marijuana? Go Dutch 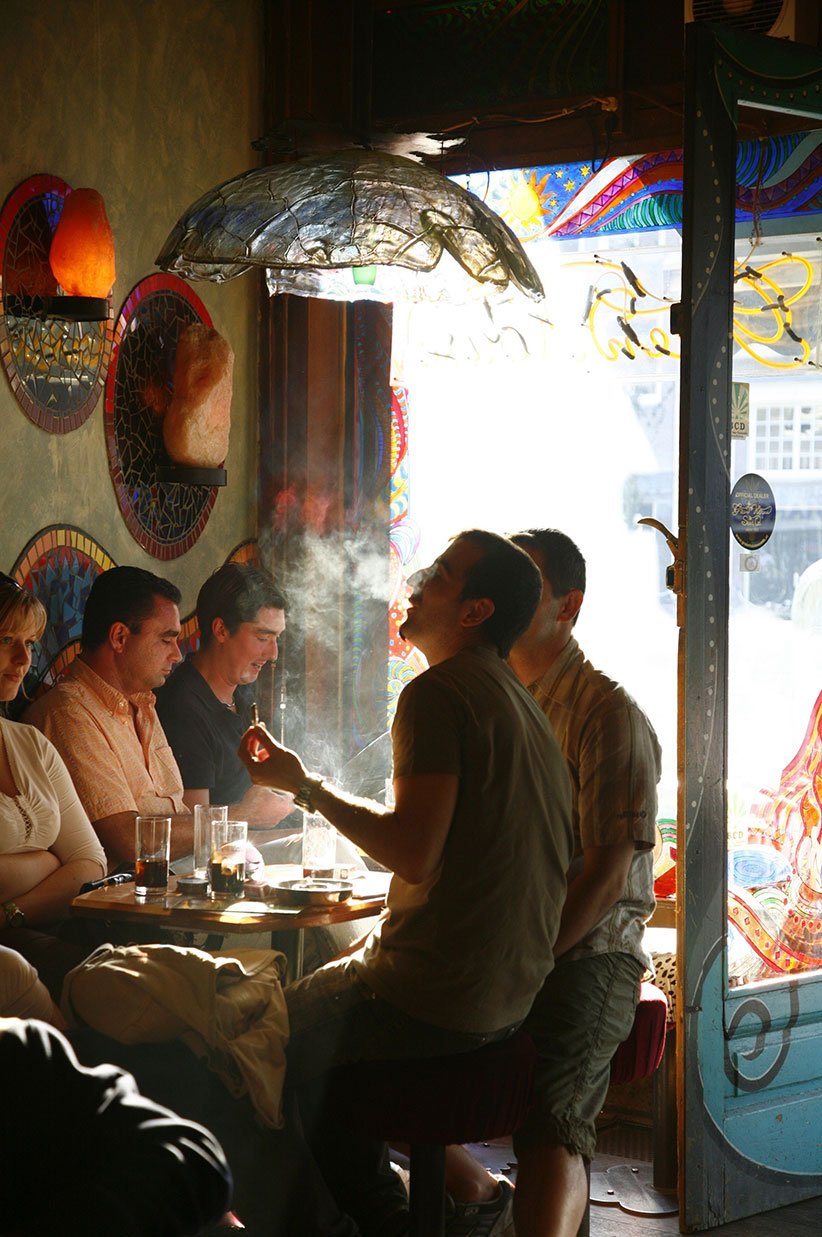 Should you find yourself in Amsterdam, cycling along the city’s complex latticework of bike paths, be wary along the canals. It is not uncommon for reckless cyclists to accidentally veer into the water. By the city’s estimates, between 12,000 and 15,000 bicycles are dredged out of the canals each year. It would seem that installing some rudimentary barrier or guardrail along all the canals may prevent such wanton loss of property. But such modest precautions seem antithetical to Amsterdam’s spirit—they’re patronizing and nanny-ish in a city where it’s the individual’s duty conduct him- or herself non-moronically, and not the duty of civic leaders to prevent anyone from doing so.

In the Netherlands, the sale of cannabis is technically illegal “but not punishable.” Despite being something of a pot mecca, cannabis is only decriminalized de facto. That should soon put the country behind Canada when it comes to marijuana laws. Already, the changes to medical marijuana laws have seen a proliferation of not-quite-illegal dispensaries in Toronto, Vancouver and cities coast to coast, all of which seem to operate on the assumption that the cops won’t bother to shut them down with pot legalization seeming imminent. While ostensibly dispensing only medical marijuana, many sport the aesthetic of the head shops of old, suggesting they might want to appeal to more than people struggling with, say, glaucoma or chronic pain; a few are part of a breed of designer stores selling marijuana in apothecary-chic settings.

With a change coming in the law for recreational use, some leaders, including Tom Mulcair, have called for an end to marijuana arrests in the meantime. But, even though Canada’s pot laws will likely wind up being more lenient, Holland’s cannabis culture exhibits a studied attitude of laxness, loosely enforced by a memorandum of understanding between the community and law enforcement, sort of like an old-fashioned gentleman’s agreement. In effect, the law in the Netherlands means that if stores selling weed or hash are licensed and follow certain rules—no sales to minors, no selling alcohol, etc.—their existence is tolerated. In reality, there’s no wink-wink, hush-hush, speakeasy element here. You walk in, buy some cannabis (either loose, pre-rolled into a joint, or baked into brownies known as “happy cakes”). The implicit policy of non-enforcement is called gedoogbeleid, which is fun to say (hee-dok-beeee-lied).

What’s most striking is how unabashedly out in the open everything is. The Bulldog on Oudezijds Voorburgwal advertises itself, in scrolling LCD lights, as Amsterdam’s “first coffeeshop.” The shop is something of a stoner mecca, hawking branded Bulldog paraphernalia—pipes and pot grinders, yes, but also basketball jerseys and umbrellas. Another coffeeshop is called Cheech & Chong’s, which is a little on-the-nose. The city’s foreign weed tourists who flock there seem to be regarded equally as an economic boon and a blight. Any visible police presence in place to patrol such rowdiness is slim, and the general rule seems to follow along the bikes-near-canals line: act un-moronically, or face the consequences.

According to Diane Riley*, founder and senior policy analyst of the Canadian Foundation for Drug Policy, this country’s approach to narcotics still suffers under a long history of prohibitionism. “The comparison is often made to alcohol prohibition in the States, which made it illegal to produce, sell or consume that particular drug,” she says. “That has very much been the attitude in North America toward illicit drugs, especially over the past few decades. It’s a punitive culture.”

This ideological divide separates the Netherlands from Canada. As easy as it may be to imagine certain swaths of Canadian cities (say, Toronto’s Kensington Market or those cobblestone pedestrian stretches along rue Prince-Arthur in Montreal) being given over to legal pot tourism, it’s pretty much impossible to conceive of a spirit of tolerance of such behaviour.

“In Canada, the public health concerns regarding cannabis are marked more by moral panic and outrage than evidence-based thinking,” says Adam Greenblatt, executive director of Montreal medical marijuana clinic Santé Cannabis. That kind of thinking may be exemplified by former PM Stephen Harper’s 2015 campaign claim that marijuana is “infinitely worse” than tobacco; a statement that is a) unsupported by science, and b) literally impossible.

Such hyperbole tempers the lingering effects of Harper’s government. For analysts like Riley, the Conservative outlook on drug regulation and public health is downright laughable. “They were beyond the pale,” she says. “But at least they were honest about it.”

A more workable model for a pot-friendly Canada may be Colorado, where recreational cannabis use was legalized in a 2012 referendum. There, discretion is advised (you can still be ticketed for smoking a joint in public), and the tourism industry is limited to private smoking clubs and guided tours, which may include trips to commercial grow-ops, cannabis cooking classes, even a “puff, pass, paint” art class. In Colorado, legalization has reaped plenty of benefits (a decreased crime rate, increased tax revenue, a six-year unemployment low thanks in part to jobs created by the marijuana industry) without resulting in the goofball bacchanal of Amsterdam. Yet in both places, bringing cannabis culture out of the underground has chipped away at the black market birthed by the un-winnable war on drugs.

“There’s a multi-billion-dollar black market in drugs that isn’t regulated,” says Riley. “You don’t know the quality of them. You don’t even know what’s in them. That’s what prohibition did. We’re arguing for a controlled approach where people could get what they wanted, in a regulated way.”

Greenblatt imagines, maybe a bit optimistically, an open-market pot landscape in Canada; one that accounts for sales in pharmacies and government-controlled operations, as well as private operations. But for now, the growing pains are less about the pull between personal responsibility and public safety than between the moralistic (i.e. smoking pot is bad) and the capitalistic (i.e. how do we make money off this thing that people undoubtedly will consume, irrespective of its badness).

The models proposed so far, like licensing the LCBO or Shoppers Drug Mart to handle the sale of pot in Ontario, can seem far-fetched. But even if pot doesn’t end up for sale your local chain drugstore, says Greenblatt, “There’s a trend toward corporatism. Cannabis activism is not so social justice-y anymore. There’s a lot of lobbying. Everyone with skin in the cannabis game has a lobbyist now. But it has convinced a lot of people who weren’t convinced by us before. It’s made it palatable for mom.”

Beyond Amsterdam’s destination pot cafés there are the more discrete cannabis salons where you can simply flash your ID, drop three euros on a pre-rolled joint, and be on your way.

It’s hard to imagine a near future where recreational pot retail is that dignified here at home. After all, this is Canada, where it’s easier to picture a bloated drug infrastructure that assigns gormless bureaucrats that sell you your pot, roll it, smoke it for you, then force you back to their place to listen to Dark Side of the Moon on repeat. The illicit kick of out-and-out illegality sounds more fun.

* Correction: A previous version of this post referred to Diane Riley by the last name “Ripley.” We regret the error.