'I signed up to be a mailman, to deliver Christmas cards. Not fentanyl.' 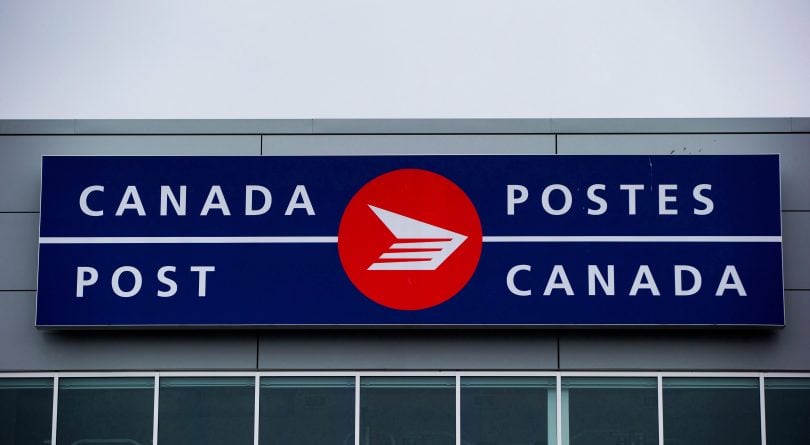 The Canada Post logo is seen on the outside the company's Pacific Processing Centre, in Richmond, B.C., on Thursday June 1, 2017. The federal government named Doug Ettinger as the new president and chief executive Canada Post. THE CANADIAN PRESS/Darryl Dyck

In theory, letter carriers in Canada are supposed to examine parcels before delivery, looking for warning signs of illicit goods. Too much packaging or extra postage are among the indicators on their checklist. But Canada Post mail carriers say they’re being rushed and overburdened by increasingly demanding routes, with no time to inspect the mail for signs it contains dangerous items like fentanyl.

Four Winnipeg letter carriers, who do not want to be identified because they’re concerned they’ll face professional repercussions for speaking out, all contacted Maclean’s expressing similar concerns. They spoke out after the magazine published an investigation revealing Canada Post has become the shipping method of choice for drug dealers, thanks to a legal loophole that prevents police from searching packages sent through the mail, but not private couriers.

The postal workers who contacted Maclean’s said it’s impossible to inspect packages properly and still meet the standards of the job, where routes are timed to the second and workers are under pressure to deliver more and more parcels in less time.

Read more: For fentanyl importers, Canada Post is the shipping method of choice

One carrier said he might be asked to deliver 50 to 70 parcels along his route, in addition to thousands of letters. “You don’t have time to be discerning as to what you’re actually delivering and handling,” he said. “You’re going to throw it in there, get into your truck and get out there as fast as you possibly can.”

Thanks to a law written before the advent of e-commerce, when letters made up the bulk of items delivered by mail, police can’t get a warrant to search mail “in the course of post,” even with reasonable grounds to suspect criminal activity.This legal loophole is contributing to the opioid overdose crisis and turning mail carriers into unwitting, uncompensated drug mules. The rise of lab-made drugs like fentanyl means thousands of potentially lethal doses can be delivered in a letter-sized package.

In an emailed statement, Canada Post spokesman Jon Hamilton highlighted training letter carriers receive on identifying dangerous goods. He also noted naloxone kits are available at the crown corporation’s processing facilities as well as the existence of emergency response plans at each facility. Hamilton’s statement did not address letter carriers’ concerns about being too pressed for time to look over packages before delivery.

“The growing and devastating toll that illicit opioid use is taking on Canadians and communities is shocking. No responsible person or organization wants anything to do with the distribution of these deadly substances,” the statement said. “Canada Post remains open to ideas that legislators and policy-makers believe could better protect Canadians and our employees.”

But Dave Lambert, the Winnipeg health and safety representative for the Canadian Union of Postal Workers, said Canada Post could make changes to better protect Canadians and its employees without waiting for legislators or policy-makers to act.“Letter carriers are constantly being over-burdened. They’re working through their breaks. They’re starting early out of necessity,” he said.

Lambert said he’d like to see Canada Post return to having parcels and letters delivered by separate units, rather than having letter carriers handle both types of mail in a given delivery area. He said awareness of how to recognize and handle dangerous goods has improved among carriers, but it’s unsurprising workers feel like they don’t have time to put that training into practice.

Postal workers who contacted Maclean’s said they face serious consequences when they take longer than expected on their routes. They said a common repercussion is that a supervisor will follow them to identify ways they could work faster, writing them up for infractions as minor as failing to hold a porch hand rail.

“We can’t do our jobs in the manner that we want to and we’re capable of, because we’re always looking over our shoulders,” one letter carrier said. “It’s just impossible to do the job the way they want it done. You’d have to be some sort of machine that has no feelings and doesn’t get sore feet.”

Letter carriers said they were concerned for their own safety in the event of handling a package containing fentanyl that ripped open. Their union has called for Canada Post to put overdose-blocking naloxone kits in all letter carrier depots in addition to processing plants.

David Juurlink, head of the Division of Clinical Pharmacology and Toxicology at Sunnybrook Health Sciences Centre in Toronto, said the only way a postal worker could overdose would be if the package ripped open, dispersing the fentanyl into the air for the postal worker to inhale. While some first responders have reported experiencing symptoms of overdose after touching fentanyl or being in the same room as the drug, experts generally agree it’s more likely those symptoms were caused by panic attacks or other factors.

“If you’re a postal worker and you’re handling a package and that package is open and some powder falls in your hand and that powder is fentanyl, this presents zero risk to you,” Juurlink said. “You can just wash it off.”

Still, the American College of Medical Toxicology recommends workers who may encounter fentanyl should be trained to recognize the symptoms of an overdose and administer naloxone. Hamilton, the Canada Post spokesman, said those guidelines are designed for first responders and aren’t necessarily applicable to the lower risk faced by postal workers.

“If a delivery employee were to ever believe they had come in contact with an illegal substance, they are advised to call 911 immediately,” Hamilton said. “All delivery employees carry electronic scanners as part of their job which have cellular capabilities to place calls.”

Whatever the level of risk, one of the letter carriers who contacted Maclean’s said he’s unnerved that these are issues he has to think about at all.

“As an employee, you’re going, ‘Jeez, I didn’t sign up for this,'” he said. “I signed up to be a mailman, to deliver Christmas cards. Not fentanyl.”