In U.S., Cubans reflect on the past—and consider the future

'It’s not a day for celebration, because Fidel still got a brother there' 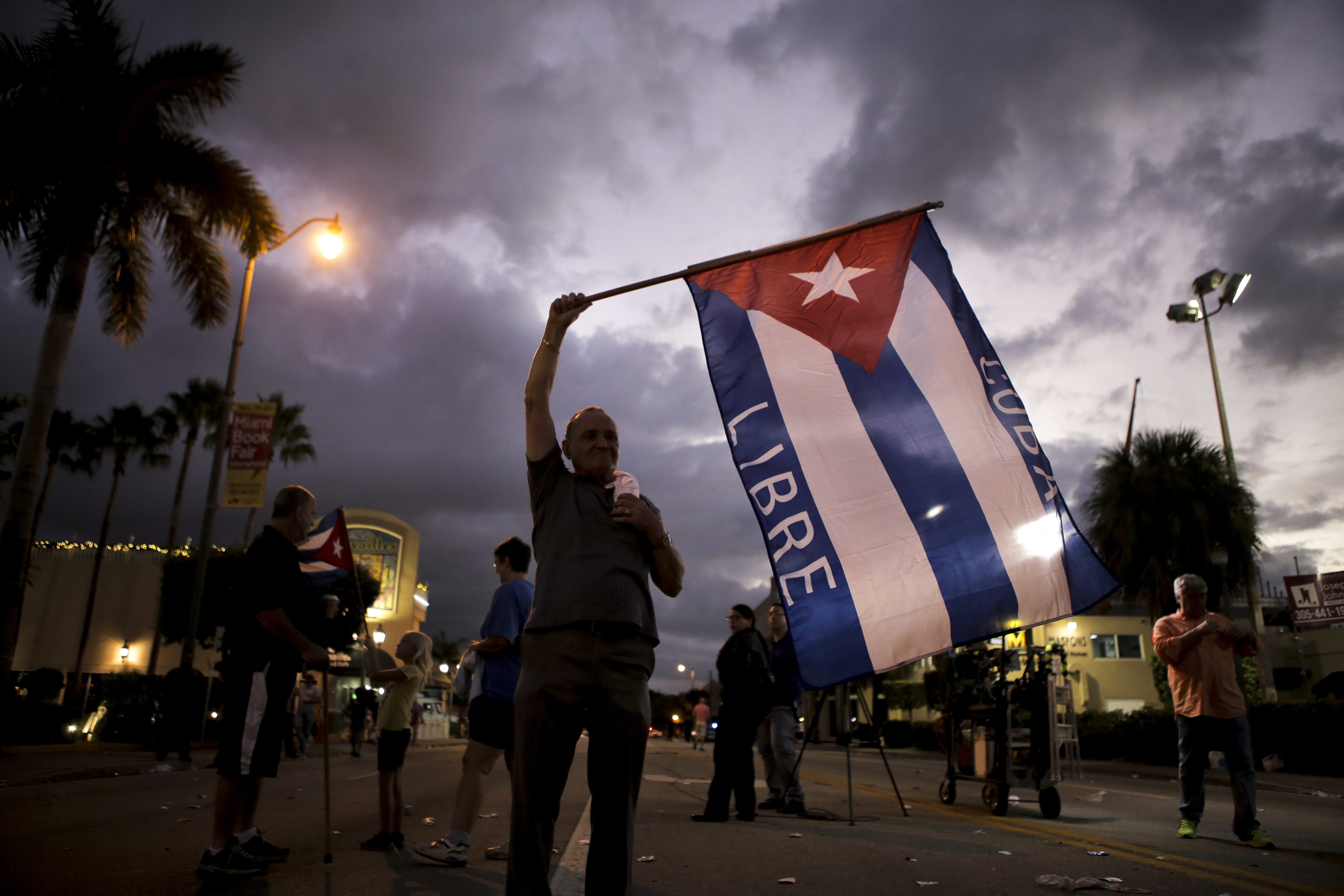 BURTONSVILLE, Maryland – “The day I die, no one will believe them,” Fidel Castro once said, but when the news broke on Saturday morning, Diana Montero began to gather her relatives together so that the moment would not pass for any of them in solitude or in silence. “Socialismo o muerte!” the indestructible rebel had shouted. Now, at long last, and at dreadful cost to his own people, el Comandante had achieved both.

By lunchtime, Diana Montero, who is employed in the “workforce diversity and compliance” office of the Washington subway system, and a half-dozen of her extended Cuban-American clan had assembled at a restaurant called Cuba de Ayer (“Cuba of Yesterday”) out in the Maryland suburbs. The café was filling quickly and the woman who was taking reservations put down the phone and said, “The lady who just called was so excited. She said ‘I’ve been waiting 55 years for this!’ ”

On Calle Ocho in Miami, the exiles were dancing in the streets, but Diana Montero and her family were not joining them. “That’s them,” she said. “We’re not them. We don’t celebrate anybody’s death. We don’t get caught up in waiting for someone to die in order for something great to happen.”

“When the Cuban be free, I’ll be dancing,” said an older, straw-hatted man named Jorge Carmouze. “It’s not a day for celebration, because Fidel still got a brother there.”

Jorge Carmouze said that he had been born and raised in the pre-revolutionary Cuba de ayer in the city of Santa Clara, where Che Guevara and his outnumbered guerillas achieved the ultimate victory of the revolution, and where the great Satchel Paige pitched for the Leopardos before needing to flee Cuba after what one writer called “an amorous incident involving a young lady from the provincial mulatto bourgeoisie.”

Señor Carmouze laughed and noted that he had left his native island for the United States on a 29-day visit in 1959 and 57 years later, he was still here. “The 29 days aren’t finished yet,” Jorge explained. But, like Fidel Castro, Jorge still had a living brother in Cuba, and this was a wound in his soul that never could be made whole.

“Will it change now?” a reporter wondered.

“You have two sides and both of them are stubborn,” Diana Montero answered. “There’s blame to go around on both sides. There’s no reason to have the embargo in place for 50 years. All it did was harm them more than us.

Related: On Castro’s death, a look at Fidel and Pierre—and Justin

The rebel’s demise had occurred with imprecise timing; in another eight weeks, Fidel Castro could have bragged that he had tormented 12 American presidents instead of only 11. Instead, he died on Barack Obama’s watch instead of Donald Trump’s.

“The Cuban people must know that they have a friend and partner in the United States of America,” Obama mollified before going out to play golf.

“What do you want Trump to do about Cuba?” a man at an adjacent table was asked on Saturday at Cuba de Ayer. He was a non-Cubano named Al Shanefelter whose ball cap identified him as a combat veteran of the Korean War, which was the first time—but far from the last time—that the United States went into battle against the red menace that threatened to eat the world.

“Treat Cuba like any other country,” Mr. Shanefelter answered. “It’s stupid that we don’t deal with that little island.”

“What do you want Trump to do about Cuba?” the Cuban-Americans were asked.

“The people of Cuba would be very hurt if he cancels everything,” said Jorge Carmouze.

“Did you ever think of Fidel Castro as a romantic or heroic or inspirational figure?”