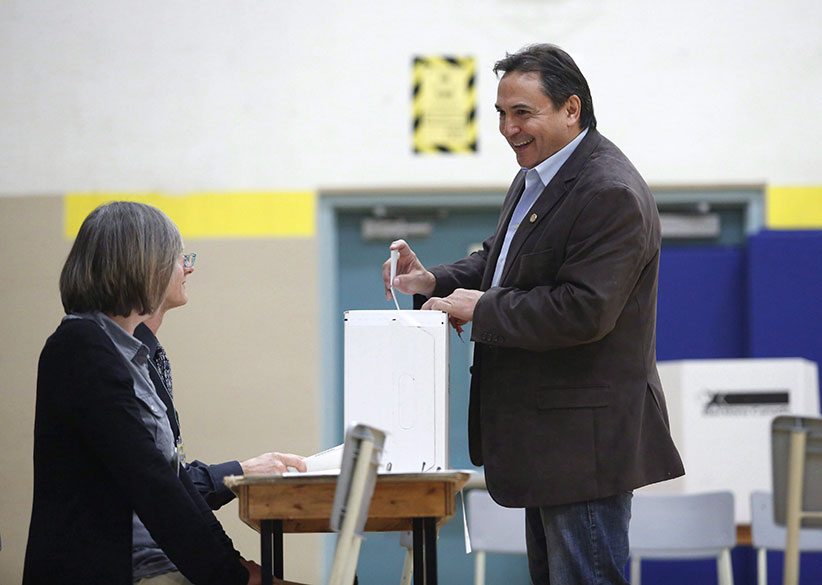 During last year’s federal election, Assembly of First Nations (AFN) National Chief Perry Bellegarde properly urged his members to make their presence felt at the ballot box. “We need to get more First Nations people involved in the electoral process,” he said. Curiously enough, Bellegarde also revealed he’d never personally voted in a federal election and had no intention of doing so that October.

An immediate public outcry convinced Bellegarde to ditch the hypocrisy. A week later he said he’d changed his mind and would cast a ballot after all. Perhaps because of this change of heart, a great many other Indigenous Canadians took Bellegarde’s advice and voted as well. Our country’s democracy is stronger as a result. And the prospects for Indigenous reconciliation are greatly improved.

A survey of voting patterns in the 2011 and 2015 federal elections released earlier this month by Statistics Canada offers a welcome balm to those worried about the state of Canada’s electoral system. Last year’s turnout of 68 per cent was the highest since 1993, and among groups with historically low voter participation—youth, poorly educated people and immigrants—voting rates rose noticeably. One of the most notable improvements was in participation rates for off-reserve Natives: up an impressive 15 percentage points. A study of on-reserve voting patterns released earlier this year by Elections Canada revealed a similar 14 percentage point improvement. In 2004, the overall voter turnout in the federal election was 61 per cent, while on reserves it was a mere 40 per cent. Last year this gap narrowed to less than five points. It is very good news.

The increase in voting on and off reserve is the result of an effective cross-country campaign to mobilize the Indigenous electorate. Despite Bellegarde’s initial missteps, the AFN should be commended for its work explaining new and more complicated voter identification rules to its constituencies. The same goes for various grassroots organizations such as Indigenous Rock the Vote and Indigenous Vote Saskatchewan. Elections Canada also made boosting on-reserve votes a priority.

This narrowing of the gap between Aboriginal and non-Aboriginal voting habits is an important, and hopefully permanent, departure from the past. For too long relations between the two communities have been characterized by confrontation and isolationism. Many Indigenous people still believe voting in Canadian elections is a sign of weakness or submission. In a pre-election editorial “Why Mohawks don’t vote in federal elections,” Steve Bonspiel, publisher of the newspaper The Eastern Door in Kahnawake, Que., declared: “We don’t believe in casting our votes for politicians who will merely turn around and continue the paternalistic Canadian legacy of racist ‘leaders’ like John A. Macdonald.” Such an attitude is clearly unhelpful in addressing important Indigenous issues with the modern public. Withdrawing from the political process in favour of blockades, hunger strikes and unilateral declarations is not likely to yield feasible, long-term solutions. (Bonspiel’s point is also unfair. In 1885, Macdonald fought long and hard to give all Canadian Aboriginals full voting rights on moral grounds. Unfortunately, political opposition limited his success to just a small subset of Aboriginals; this was later revoked by Sir Wilfrid Laurier.)

The best way to tackle the many problems facing Indigenous peoples is to ensure they participate directly in the process. Politicians tend to listen to the voices that get them elected, and absenting yourself from the electoral process simply makes it more difficult to be heard. If non-Indigenous Canadians were denied access to such basic necessities as clean water, reliable health care and education—as is the condition on many reserves—they would assail their elected officials and demand immediate change. These same expectations should exist for Aboriginal Canadians. But this sort of political power is only available to those who choose to participate in the system. Finally, consider that improving the national dialogue on Indigenous issues was a key component of the Truth and Reconciliation Commission; and there’s no greater national dialogue than a federal election.

For the rest of Canada, direct Indigenous engagement in politics holds the promise of smoother and more fruitful negotiations on the major topics of the day. Entering the political arena in good faith requires tacit acceptance that politics is the art of compromise and negotiation. This means agreeing on the rules and finding ways to bridge disagreements. The AFN claim, for example, that “no pipeline construction should ever begin until . . . the Indigenous peoples have provided their free, prior and informed consent,” directly conflicts with Canadian law that requires thorough consultation—but not universal consent—for new pipelines. Such stridency is incompatible with the need for economic development in the rest of Canada, without which it will be impossible to fund Indigenous reconciliation efforts and improve on-reserve living standards. There is an inevitable give-and-take to meaningful political participation.

If Canada is to benefit everyone, Indigenous and non-Indigenous alike, all of us need to be involved in making it work. And that starts with voting.