Release comes as the International Atomic Energy Agency is considering whether Iran has met all commitments under the nuclear deal with six world powers. 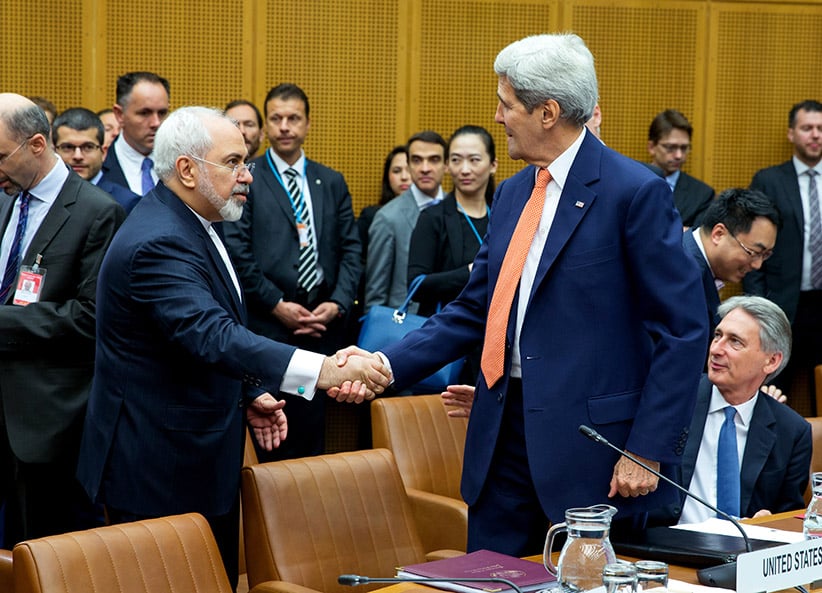 TEHRAN, Iran – Iranian state television announced Saturday that the government had freed four dual-nationality prisoners, and a person close to Iran’s judiciary confirmed to The Associated Press that Washington Post reporter Jason Rezaian was one of them.

The announcement of the exchange came as the International Atomic Energy Agency was close to certifying that Iran had met all commitments under the landmark nuclear deal with six world powers. U.S. Secretary of State John Kerry was meeting in Vienna with Iranian Foreign Minister Mohammad Javad Zarif and other officials involved in the accord, and it was expected that such certification could come Saturday.

The official report did not identify the prisoners, and U.S. officials would not immediately confirm the announcement. But they had indicated a prisoner deal would be separate from Saturday’s expected “implementation” of the nuclear pact.

The person in Iran, speaking on condition of anonymity because he was not authorized to speak to the media, said three of them were Rezaian, former U.S. Marine Amir Hekmati, pastor Saeed Abedini. It was unclear who the fourth was, but indications were it may be Nosratollah Khosravi.

The person in Iran said the four were freed Saturday in exchange for the release of seven Iranians held in U.S. prisons.

The release of the prisoners, along with the expected implementation of the nuclear deal and sanctions relief, caps a week of intense U.S.-Iran diplomacy that took an unexpected turn on Tuesday with the detention by Iran of 10 U.S. Navy sailors and their two boats in the Persian Gulf.

They were released in less than 24 hours after Kerry intervened with Zarif in multiple telephone calls that administration officials hailed as a channel of communication opened because of the nuclear negotiations.

Certification by the IAEA would allow Iran to immediately recoup some $100 billion in assets frozen overseas. The benefits of new oil, trade and financial opportunities from suspended sanctions could prove far more valuable for Tehran in the long run.

Kris Coratti, vice-president of communications and spokeswoman for The Post, said that “while we are hopeful, we have not received any official word of Jason’s release.”

“He told me that judiciary officials have called for a meeting with him. But I’ve not been formally informed if he is free now,” he said, adding that negotiations for the prisoners’ release has been going on for the past two months.

A report by the semi-official ISNA news agency quoted a statement from the Tehran prosecutor’s office as saying the inmates were freed “within the framework of exchanging prisoners.” It did not elaborate.

Rezaian was born in California and holds both U.S. and Iranian citizenship. He was convicted in closed proceedings last year after being charged with espionage and related allegations. The Post and the U.S. government have denied the accusations, as has Rezaian. Rezaian was the Post’s Tehran correspondent and was accredited to work in the country by the Iranian government.

Hekmati, of Flint, Michigan, was detained in August 2011 on espionage charges. Hekmati went to Iran to visit family and spend time with his ailing grandmother.

Abedini of Boise, Idaho, was detained for compromising national security, presumably because of Christian proselytizing, in September 2012. He was sentenced in 2013 to 8 years in prison.

Separately, Robert Levinson disappeared in Iran in 2007 while working for the CIA on an unapproved intelligence mission. American officials are unsure if the former FBI agent is even still alive. Iranian officials deny knowing where he is. Levinson travelled to Kish island and checked into a hotel, purportedly investigating cigarette smuggling. He met U.S. fugitive Dawud Salahuddin, the last man known to see him.

The CIA family paid Levinson’s family over $2 million and some staffers lost their jobs over his unauthorized work. A proof of life video surfaced in 2011, saying he was held by a group. His family received photos that year, too, of Levinson bearded, shackled, wearing orange jumpsuit and holding signs in broken English. He has seven children. He suffers from diabetes and high blood pressure.

The Obama administration has said the Americans came up in every conversation with the Iranians.