Is it possible to mix-and-match COVID-19 vaccines?

Vaxx Populi: Some scientists think using different types of vaccines might confer more protection against variants of concern. A study could provide the evidence. 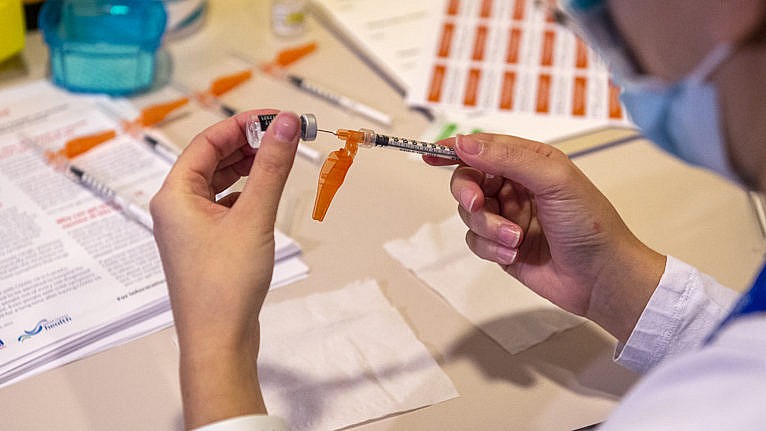 COVID-19 vaccine shots are prepared by Allison Miley, RN, at the IWK Health Centre in Halifax on Feb. 22, 2021. (Andrew Vaughan/CP)

“I think we’re having a global science lesson,” says Dr. Alan Bernstein, CEO of CIFAR, a Toronto-based global research organization. The pandemic has “made science all of a sudden not some esoteric, abstract thing, but has made it important to all of our lives on a daily basis….[including] the really complicated intricacies of our immune system.”

As vaccine shortages continue—even as rollouts increase in size and scale—scientists are asking whether it’s possible to mix-and-match the two-dose COVID-19 vaccines that are approved or near approval in Canada, in essence starting the vaccination process with one approved vaccine and ending with another.

Bernstein, who is a member of Canada’s COVID-19 Vaccine Task Force, is in favour, in theory, and is pushing for research, perhaps a study that includes Canadian volunteers, to see if the theory works in real life. For him, one reason for such a mix-and-match strategy is that, with the new variants of concern spreading in Canada, “we have to be a little more sophisticated” in our vaccination approach, and that may mean “activating a few different branches of our immune system” through a heterologous prime boost (or mix-and-match) rather than a homologous prime boost (using the same vaccine for both doses or, as Bernstein says, two similar vaccines, such as the Pfizer and Moderna vaccines, which both use mRNA technology and which he thinks are “kinda twin brothers” that look a lot alike).

“Think of vaccination as presenting our immune system with a red flag—here is something you should be on the lookout for,” he says. “And so if you go with the mRNA vaccine first, you’re going to activate one branch of our immune system.” (We have three different branches.) Bernstein suggests thinking of this first vaccine as our “air force.” Then, he says, you introduce one of the viral vector vaccines, such as the ones by AstraZeneca/Oxford or Johnson & Johnson/Janssen a couple of weeks later, and, it tells the immune system: “ ‘You saw this guy before, but I’m going to present him in a different format,’ ” says Bernstein. “And so it’s going to activate a different branch of our immune system, think of it as our navy. And so now you have the air force and the navy activated and so you’ve got a double threat against this incoming virus.”

“At least on paper, it’s worth trying the trial to see what happens to our immune system,” he says.

Such efforts are already underway. On Feb. 4, the British government announced the world’s first “COVID-19 alternating dose vaccine study,” involving 800 volunteers and testing eight different combinations of the AstraZeneca and Pfizer vaccines, including all the variations of which goes first and second, and also having the doses 28 days apart and 12 weeks apart (the latter is the current British standard, as it focuses on getting as many first doses into arms as possible).

The British study should only take a couple of months, Bernstein explains, as its end point is “to measure the immune response against the virus.” So researchers will need to wait a few weeks after the second dose before looking for antibodies and immunity and then analyzing the results.

Britain isn’t waiting for the results of the study. While acknowledging that “there is no evidence on the interchangeability of the COVID-19 vaccines,” the government issued last-resort guidance in January allowing a mix-and-match vaccine strategy for someone who has been issued a first dose and who goes “for vaccination at a site where the same vaccine is not available, or if the first product received is unknown, it is reasonable to offer one dose of the locally available product to complete the schedule.”

RELATED: Can two people who’ve been vaccinated hug each other?

But Bernstein says that a mix-and-match strategy should not be adopted here without a full successful trial and Health Canada approval. “We risk losing the confidence that we’ve built up with Canadians over a long time now if we start willy-nilly [saying,] ‘Lets try this, or let’s try that.’ ”

Like Bernstein, other scientists think Britain is gambling with public confidence by going ahead with the policy without results from a completed study. “None of this is being data driven right now,” Dr. Phyllis Tien, an infectious disease physician at the University of California, San Francisco, told the New York Times. “We’re kind of in this Wild West.”

Eventually, Canada will be awash in vaccines, as more vaccines are approved and promised shipments of millions of doses arrive. While the impetus to use a mix-and-match strategy to deal with localized shortages may subside, the threat posed by variants of concern will still exist. So the British mix-and-match study may only be one part of examining new ways to keep the world safe from this novel coronavirus.