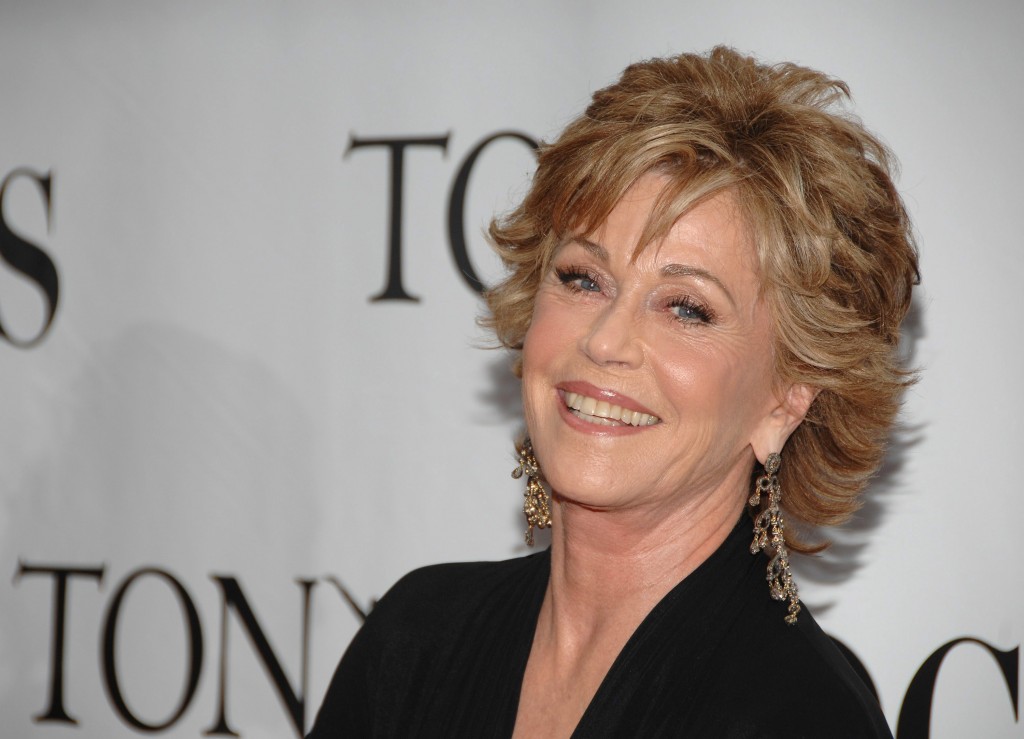 EDMONTON – As far as Jane Fonda is concerned, there’s only one lesson to be drawn from Prime Minister Justin Trudeau’s recent approval of two oilsands pipeline projects.

“The lesson is we shouldn’t be fooled by good-looking Liberals,” the Hollywood icon said Wednesday in Edmonton, where she appeared to support indigenous leaders in their concerns over fossil fuel development.

Fonda — as well as chiefs from Manitoba, Alberta and British Columbia — said environmentalists everywhere were impressed by Trudeau’s appearance at international climate talks held in Paris in late 2015.

“We all thought, well, cool guy,” she said. “What a disappointment.

“He talked so beautifully of needing to meet the requirements of the climate treaty and to respect and hold to the treaties with indigenous people. Such a heroic stance he took there, and yet he has betrayed every one of the things he committed to in Paris.”

Grand Chief Derek Nepinak, with the Assembly of Manitoba Chiefs, said he felt the same letdown.

“He talked about the need to listen to indigenous people. I believed him.”

Last year, Trudeau approved Kinder Morgan’s plans to triple the capacity of the Trans Mountain line between Edmonton and Burnaby, B.C., and also gave the nod to replacing Enbridge’s Line 3 between Edmonton and Superior, Wis. But he pushed ahead with a national carbon price and rejected Enbridge’s proposed Northern Gateway pipeline.

The compromise did not please Grand Chief Stewart Phillip of the Union of British Columbia Indian Chiefs.

Allan Adam, chief of the Athabasca Chipewyan First Nation downstream of the oilsands, said his band has been trying for years to get action on its concerns. His people want a comprehensive health study done, as well as movement on environmental recommendations on already-approved mines.

“We haven’t gotten any further than when I first started,” he said. “In fact, we’ve gone further backward.”

He promised indigenous people will turn to the courts to try to block any more fossil fuel development, including the Teck Frontier mine, a new oilsands project being reviewed that would produce about 260,000 barrels of bitumen a day.

Some went so far as to lump Trudeau in with U.S. president-elect Donald Trump.

“When Prime Minister Trudeau says he looks forward to working with Trump on yet another tar sands expansion pipeline, Keystone XL, that tells you everything you need to know about Trudeau’s commitment to respecting indigenous rights,” Phillips said.

“There’s going to be more poor people if the likes of your prime minister and our president-elect have their way — a lot of poor, sick people,” added Fonda.

Each visit has provoked a backlash on social media and from some political leaders. Fonda said celebrity remains a valuable tool to amplify the voices of those who have a hard time getting heard.

She took an aerial tour of the oilsands on Tuesday.

“If someone is coming to Alberta, fly over a city with significant, economic downturn, that’s just been through the largest economic disaster in the history of Canada and then lecture them about where they should get jobs elsewhere, well first of all that’s super tone deaf,” Notley said late Wednesday.

“I would suggest that dining out on your celebrity is something that one ought to also pair with knowledge and research and she failed to do that and I don’t think as a result that much of her intervention requires or deserves the air time it’s getting because its very clear she didn’t know what she was talking about.”

Notley pointed to her government’s climate change plan, which includes a carbon tax and helping businesses move to renewable energy and said they are working with indigenous communities to address their concerns.

Notley said provincial officials were to meet with Fonda to explain the government’s plans but it didn’t happen.

“The fact that we didn’t get that opportunity and instead she used the amplification of her celebrity to promote ill-informed generalizations, it’s not helpful.”