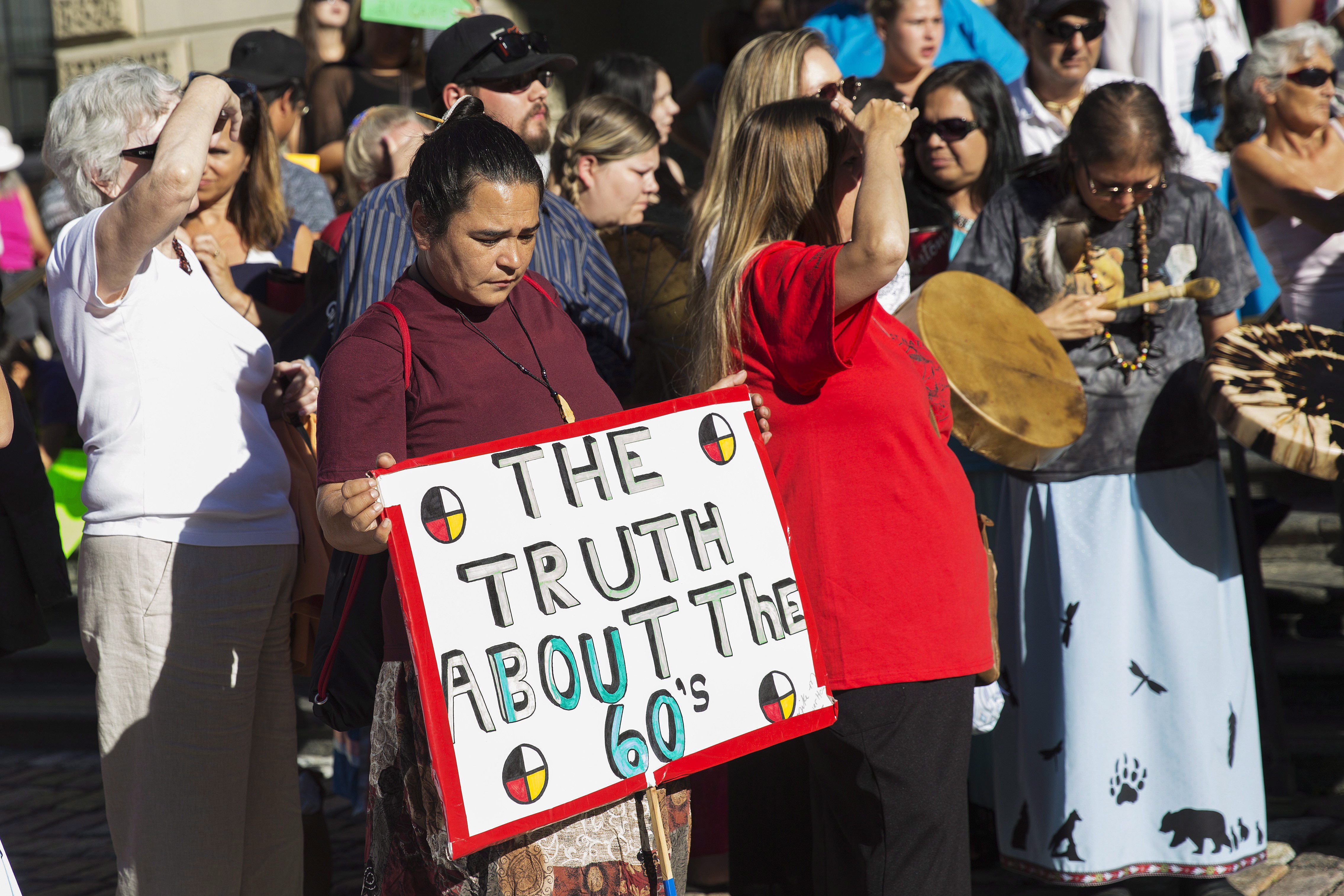 TORONTO – Canada failed to take reasonable steps to prevent thousands of on-reserve children who were placed with non-native families from losing their indigenous heritage during the ’60s Scoop, an Ontario judge ruled Tuesday.

The ruling in the long-running and bitterly fought class action paves the way for an assessment of damages the government will now have to pay.

In siding with the plaintiffs, Ontario Superior Court Justice Edward Belobaba found Canada had breached its “duty of care” to the children.

The lawsuit launched eight years ago sought $1.3 billion on behalf of about 16,000 indigenous children in Ontario who claimed they were harmed by being placed in non-aboriginal homes from 1965 to 1984 under terms of a federal-provincial agreement.

The plaintiffs argued — and Belobaba agreed — that Ottawa breached part of the agreement that required consultation with Indian bands about the child welfare program.

Belobaba was scathing in commenting on the government’s contention that consultation with the bands would have made any difference to the children.

“This is an odd and, frankly, insulting submission,” Belobaba wrote. “Canada appears to be saying that even if the extension of child welfare services to their reserves had been fully explained to the Indian bands and, if each band had been genuinely consulted about their concerns in this regard, that no meaningful advice or ideas would have been forthcoming.”

Belobaba also took issue with the government’s argument that the 1960s were different times and that it acted with good intentions in line with prevailing standards. As a result, the government had tried to argue, it could not have known the harm that might have been done to the children.

“Canada’s submission misses the point,” Belobaba said. “The issue is not what was known in the 1960s about the harm of trans-racial adoption or the risk of abuse in the foster home.”

Instead, the justice said, there can be “no doubt” that what was well known even then was the importance to First Nations peoples of protecting and preserving their distinctive cultures and traditions, including their concept of the extended family.

The lead plaintiff in the Ontario action, Marcia Brown Martel, 53, is a member of the Temagami First Nation near Kirkland Lake, Ont. She was adopted by a non-aboriginal couple in 1972 at age nine and later discovered the Canadian government had declared her original identity dead.

“I feel like a great weight has been lifted from my heart,” Brown Martel said in a statement. “Our voices were finally heard and listened to. Our pain was acknowledged.”

The government did not immediately comment on the decision.

Belobaba said that while the 1965 agreement, strictly speaking, applied to the Indian bands and not the children, he hoped the government would not now try to make such a “formalistic argument” given the First Nations context.

The Liberal government indicated last week it was going to try to block Belobaba from releasing his ruling after Indigenous Affairs Minister Carolyn Bennett announced an intention to negotiate with ’60s Scoop survivors across the country. The government relented amid outrage by the plaintiffs and critics, who called the attempt to stop the ruling an unprecedented political interference.

Similar legal actions in several provinces other than Ontario are pending but none has been certified.