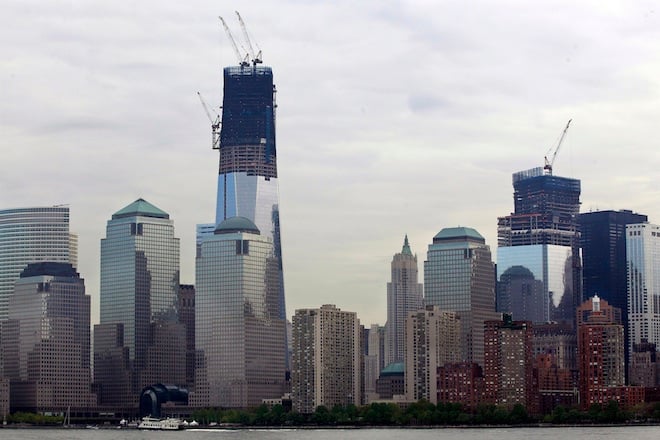 NEW YORK — The Mississauga, Ont., top executive of a steel company who secured nearly $1 billion in contracts to rebuild the World Trade Center was convicted Wednesday on charges that he defrauded a program meant to benefit minorities and women.

The Manhattan federal court jury deliberated less than a day before convicting Larry Davis on wire fraud and conspiracy charges.

His lawyer, Sanford Talkin, said in a statement after the verdict: “We are of course disappointed in the verdict and will file the appropriate motions and appeal.”

A day earlier, Talkin told jurors in a closing argument that Davis was not guilty.

“There is no fraud here,” he said as he portrayed his client as among heroes in the rebuilding of the tallest skyscraper after the Sept. 11, 2001, terrorist attacks.

Prosecutors said Davis falsely claimed he had complied with rules requiring that he hire subcontractors who qualified for a program meant to benefit businesses owned by minorities and women.

The government said Davis submitted false payroll records from 2009 through 2012 to make it seem he was complying with the rules.

“We cannot allow major public projects—particularly ones on the sacred World Trade Center site—to be built on a foundation of fraud,” U.S. Attorney Preet Bharara said in a statement. “By its verdict today, the jury of New Yorkers made clear that it will not.”

In a closing argument Tuesday, Assistant U.S. Attorney Robert Lee Boone said Davis tricked the Port Authority of New York and New Jersey into thinking that a man and a woman headed companies that qualified for the program because they were legitimate business owners when they were not.

The prosecutor said Davis and his company, DCM Erectors Inc., did it so they could qualify for millions of dollars in credits for using businesses headed by minorities and women.

The government said DCM, which Davis has owned since at least 1999, was awarded a $256 million contract in 2007 to work on the trade centre building and a $330 million contact in 2009 to help construct the transportation centre next to it. Prosecutors said changes in the scope of the work boosted the value of contracts to nearly $1 billion.

The program to benefit minorities and women requires contractors to make good faith efforts to enter into subcontracts worth at least 17 per cent of the overall contract with businesses owned by women and minorities.

Sentencing was set for Nov. 15. Prosecutors did not immediately comment on the verdict.