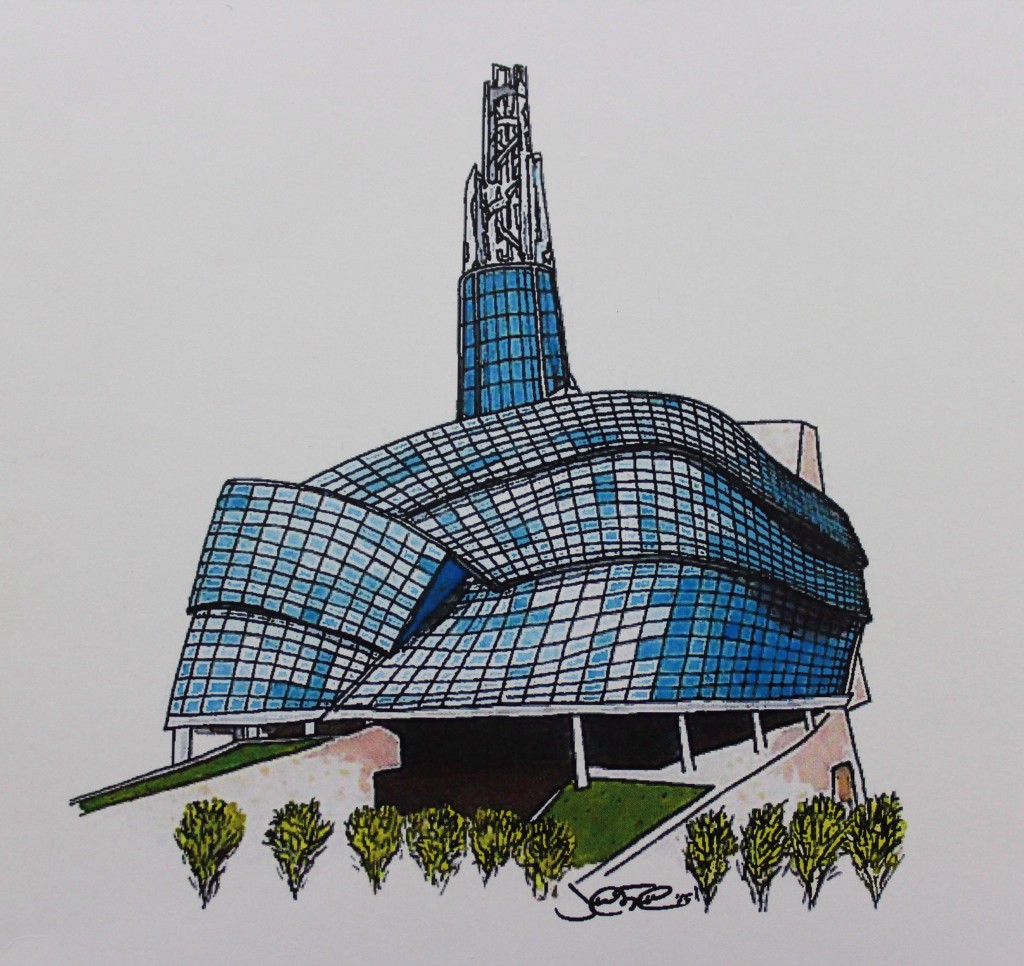 WINNIPEG – A watercolour sketch drawn by Justin Trudeau months before he became prime minister has been auctioned off on eBay for $25,200 to a Toronto businessman and philanthropist, and his artist wife.

Viv Draward, communications director for Friends of the Canadian Museum for Human Rights, said Alice and Grant Burton have been previous donors to the facility.

Trudeau drew the image of the museum after visiting the Winnipeg building last spring. Postcard prints of the image were given to Liberal party donors, and museum officials approached Trudeau about getting the original for a fundraiser.

“It’s like, wow! With this kind of fundraiser, you never know what can happen, so we didn’t want to set our expectations too high,” said Draward. “It’s just amazing how well it ended up doing, and I think it demonstrates what a unique piece the sketch is and the interest people are taking in human rights.”

Grant Burton is president of Starcan Corp. and director emeritus at the National Arts Centre while Alice Burton’s works have been exhibited in Toronto, Montreal and New York as well as Europe and South America.

Draward said the couple are on vacation in Jamaica but he issued a statement regarding their latest acquisition.

“My wife and I were overwhelmed on our first visit to the Canadian Museum of Human Rights, in terms of both the Winnipeg landscape, and more importantly, its relevance for an increasingly diverse society and for Canadians’ imperfect knowledge of our own history.”

The framed and signed image, measuring 41 by 31 centimetres _ plus a note Trudeau wrote to chief fundraiser Gail Asper attached to the back _ was up for bids on eBay for 10 days.

A spokesperson for the museum’s fundraising arm had said the sketch was appraised at $2,000, but a bidding war would be welcomed.

That’s what they got, with the site listing a total of 26 bidders making 81 bids.

The drawing depicts the museum, along with its glass tower, with trees and greenery in front.

David Silcox, art historian and former president of Sotheby’s Canada, said that from a technical point of view, the sketch is of a professional calibre, calling the drawing “precise, controlled and done with accurate and impressive perspective.”

Notes on the auction site indicated the bidding was only open to residents of Canada, the United States, the United Kingdom and France, and that the winning bidder might be eligible for a partial charitable gift receipt “pursuant to Canada Revenue Agency regulations.”

The museum was the first national museum to be built outside of the Ottawa region. It was spearheaded by the late media mogul Izzy Asper and opened in 2014.