Why do so many passengers, like those on the Emirates flight that crashed this week, stop to get their bags before evacuating a burning plane? 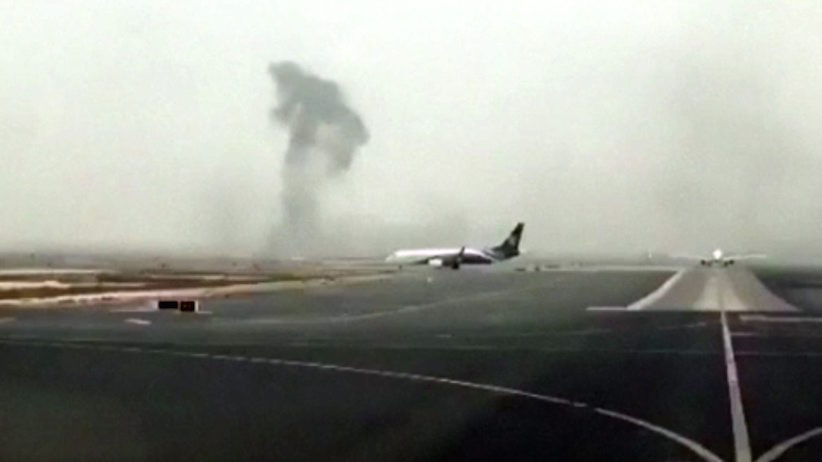 It’s enough to send shivers up a flight attendant’s spine. Dramatic cellphone videos from the Emirates plane that crash-landed in Dubai this week showed the chaos onboard as panicked passengers made their way out of the smoke-filled cabin—but not before many struggled to retrieve carry-on bags from overhead bins. In one video, a frantic crew member can be heard imploring people to, “Jump, jump! Leave your bags behind!”

Though all 282 passengers and 18 crew made it off safely, experts say those passengers who slowed the process by rummaging for their belongings risked turning a near-catastrophe into the real thing. “When flight attendants see these videos of people sliding down emergency slides carrying their suitcases, or taking the time to retrieve them from overhead bins, it’s frustrating and scary,” says Dominic Lavoie, a spokesperson for the Air Canada component of the Canadian Union of Public Employees, which represents flight attendants at the country’s largest airline. “Passengers don’t realize the urgency to getting off the airplane. Ninety seconds is the rule we work by when it comes to survivability in airplane crashes. Beyond 90 seconds the odds of making it out alive drop considerably.”

In Dubai, the rule-of-thumb appeared bang-on. Videos showed the crumpled Emirates 777, apparently trying to abort a landing at Dubai International Airport, bursting into flames a short time after it came to rest on the tarmac. One firefighter died battling the blaze. Fourteen passengers were admitted to hospital.

Standard evacuation procedure calls for flight attendants to order passengers, via shouted commands, to leave their belongings behind as they head for the exits. But there is plenty of evidence to suggest fliers don’t follow the instructions. A safety study published 16 years ago by the U.S. National Transportation Safety Board found as many as half of all passengers attempted to retrieve their carry-on luggage while evacuating planes, leading to unnecessary obstructions in the cabin and time-wasting arguments with crew members. When later asked to explain their actions, most passengers cited a desire to rescue their money, wallets or credit cards. “One passenger wrote that she convinced her grandchildren not to take their toys and coloring books only to wait in the aisle for passengers who were retrieving luggage from overhead bins,” wrote the reports authors, citing evidenced gleaned from 46 different aircraft evacuations during the late 1990s that involved more than 2,600 passengers. “Another passenger without luggage reported waiting behind a passenger trying to maneuver a garment bag through an over-wing exit.”

If anything, Lavoie says the problem has only become worse in recent years. That’s because airlines now pack more people than ever onboard their planes and charge passengers a fee—between $25 and $30 on Air Canada and WestJet—to check a piece of luggage, resulting in an avalanche of carry-on suitcases. “The vast majority of flight attendants will tell you there’s more bags being brought on board nowadays,” Lavoie says. “A lot of it gets sent back down to the luggage [hold] because there’s no room.” He adds new rules that allow Canadian airlines, including Air Canada, WestJet Airlines, Air Transat and others, to operate with fewer crew members—one flight attendant per every 50 passengers, instead of one per every 40 previously—is also adding to flight attendants’ woes.

Peter Fitzpatrick, an Air Canada spokesperson, says there are strict rules in place that all airlines must follow during an emergency—and that includes telling passengers to ditch their luggage. “Flight attendants are trained to instruct passengers of this during the evacuation process. It is also highlighted as part of the safety video shown before each flight,” he says. Similarly, a spokesperson for WestJet noted that passengers are “clearly and firmly” instructed to leave everything behind—a command that’s repeated if necessary. However, the spokesperson acknowledged that, “as with all commands, it may be difficult to ensure 100 per cent compliance.”

Lavoie, for his part, says the message clearly isn’t getting through, and that a new approach is needed. But he’s not sure what that might be. “In an ideal world there would be a more manageable number of suitcases onboard and passengers would be more aware of how important every second is during an emergency evacuation,” he says. “We live by the 90-second rule, which is how long it takes to get 300 people off an airplane. And since we’re the last ones off, obviously the faster the better.”