Khadr is looking to be granted unsupervised visits with his sister, more freedom of movement, and unrestricted internet access 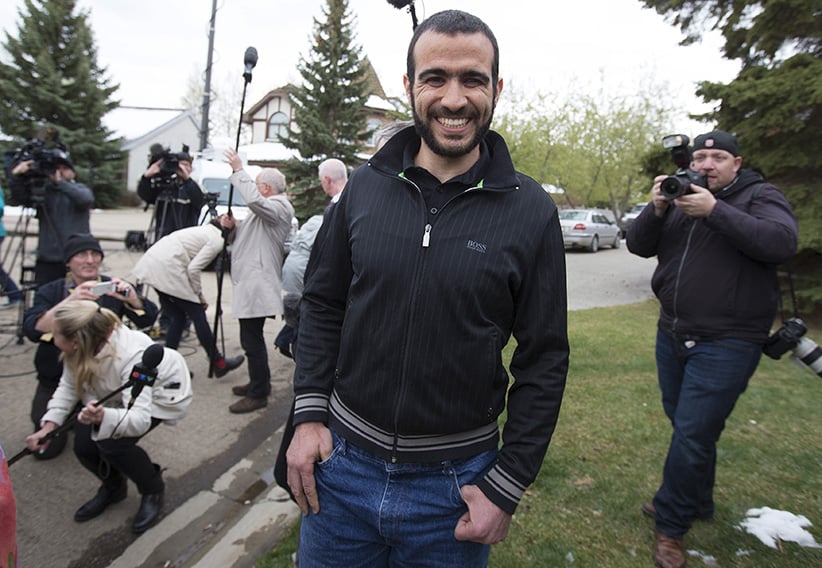 EDMONTON – A hearing to determine whether bail conditions for former Guantanamo Bay detainee Omar Khadr should be eased allowing him unsupervised visits with his controversial sister has been cancelled.

The hearing did not take place as scheduled in Edmonton today with no immediate reason given.

Court staff did not have a new date for the hearing.

Khadr is also seeking unrestricted internet access and more freedom to move around Canada while on bail pending the appeal of his conviction by a U.S. military commission for five purported war crimes.

Khadr, now 30, has been free on bail for more than two years and notes no issues have arisen since his release.

Right now, he can only have contact with his sister Zaynab Khadr if one of his lawyers or bail supervisor is present.

Khadr is arguing he wants to reconnect with his family and is old enough that he can’t be negatively swayed.

Several years ago, Zaynab and her mother infuriated many Canadians by expressing support for the al-Qaida terrorist group.

In 2005, Zaynab was investigated by RCMP for allegedly aiding al-Qaida, but no charges were filed. She is now reportedly living in Sudan with her fourth husband, but is planning a visit to Canada.

Thursday’s hearing is the next phase in a 15-year legal journey for Khadr that has ignited sharp and divisive debate among Canadians over terrorism, human rights and the rule of law.

The Toronto-born Khadr spent years in U.S. detention at Guantanamo Bay after he was caught, as a teenager, and accused of tossing a grenade that killed army medic Christopher Speer during a firefight at an al-Qaida compound in Afghanistan in 2002.

In 2010, Khadr pleaded guilty to multiple charges before a U.S. military commission, including to killing Speer, but has since said he can’t remember if he tossed the fatal grenade. He has said he entered the plea to try to get out of Guantanamo, where he says he was mistreated, and into the Canadian justice system.

He returned to Canada in 2012 to serve out the rest of the eight-year sentence he was given.

Canada’s Supreme Court ruled in 2010 that Khadr’s charter rights were violated at Guantanamo and Canadian officials contributed to that violation.

Khadr filed a $20-million lawsuit against the government and last month it was revealed he had settled the case for a reported $10.5 million. That set off a fierce debate.

Khadr has said he wants to get on with his life. He recently married and plans to move to the city of Red Deer, halfway between Edmonton and Calgary, to begin studies to become a nurse.

This post has been updated to reflect that the hearing was cancelled.