'Knees together' judge resigning from bench 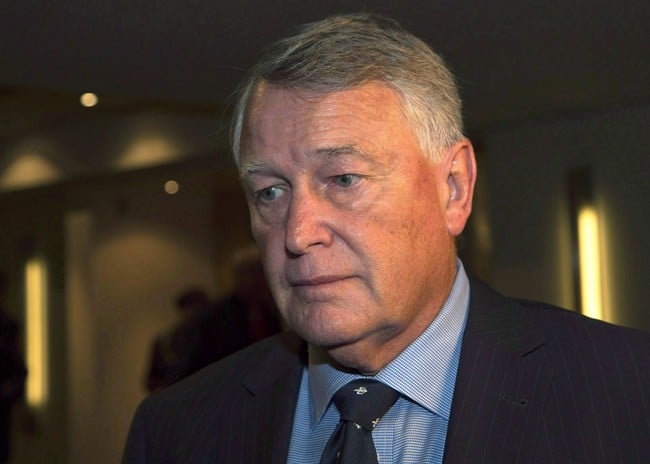 OTTAWA – A judge who asked a sexual assault complainant in a trial why she couldn’t keep her knees together is resigning from the bench.

In a statement distributed by his lawyer, Justice Robin Camp says he will quit as a member of the federal court effective Friday.

“I would like to express my sincere apology to everyone who was hurt by my comments,” Camp said in the statement. “I thank everyone who was generous and kind to me and my family in the last 15 months, particularly my legal team.”

The move came after the Canadian Judicial Council recommended Thursday that Camp be removed from the bench, calling his conduct “manifestly and profoundly destructive” to the impartiality and integrity of the judiciary.

The council’s decision supported a recommendation by a disciplinary panel that reviewed the original sexual assault trial of Alexander Wagar.

Court transcripts from the 2014 trial in Calgary show that Camp, who was a provincial court judge at the time, called the complainant “the accused” numerous times and told her “pain and sex sometimes go together.”

The council said that Canadians expect their judges to know the law, have empathy and to recognize and question any past personal attitudes that might prevent them from acting fairly.

“Judges are expected to demonstrate knowledge of social issues, and awareness of changes in social values, humility, tolerance and respect for others,” the council said in its report.

RELATED: Panel gives 17 reasons why Robin Camp should not remain a judge

“Those are the very qualities that sustain public confidence in the judiciary. Council decided that the judge’s conduct … was so manifestly and profoundly destructive of the concept of impartiality, integrity and independence of the judicial role that the judge was rendered incapable of executing the judicial office.”

Four of the council’s 23 members did not support the decision. The report says they agreed that Camp’s comments amounted to judicial misconduct, but were in favour of recommending a sanction short of removal.

Camp’s lawyer, Frank Addario, had previously argued that his client should be allowed to keep his current job as a federal court judge.

“Removal is not necessary to preserve public confidence in this case. Justice Camp’s misconduct was the product of ignorance, not animus. He has worked hard to correct his knowledge deficit,” Addario wrote in a rebuttal submission to the judicial council.