The request comes as the Liberals increase the number of Canadian diplomats deployed in Iraq, Jordan and Lebanon 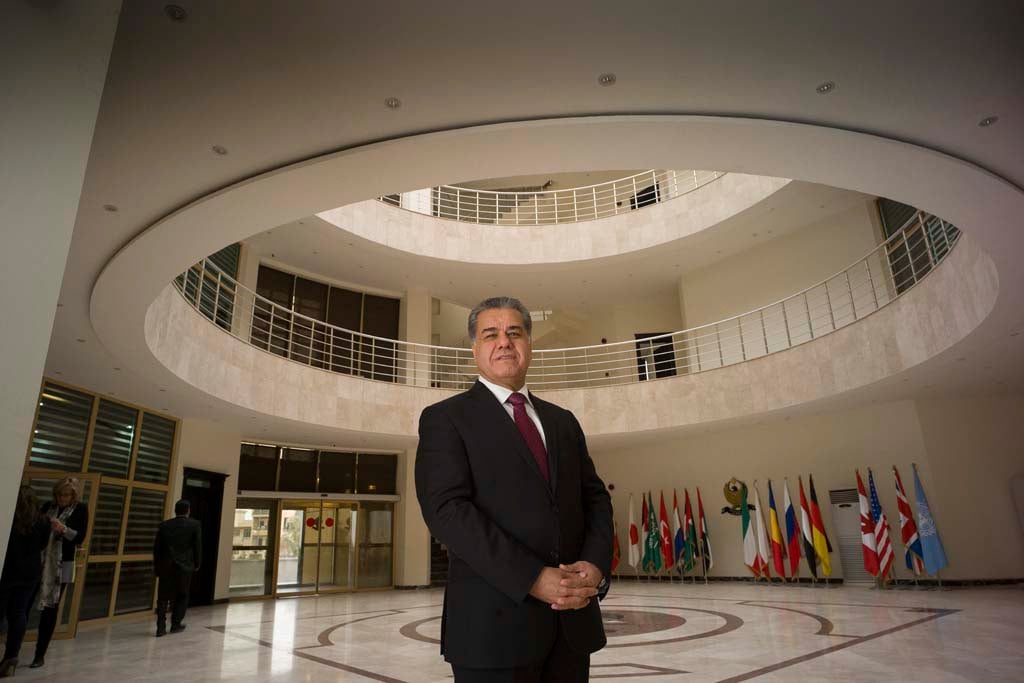 OTTAWA – Canada is being asked to upgrade its diplomatic footprint in northern Iraq, as the Kurdish government presses for closer economic and political ties to accompany Canada’s sizable military presence.

The request comes as the Liberal government beefs up the number of Canadian diplomats deployed in Iraq, Jordan and Lebanon, including the appointment of a full-time ambassador to Baghdad.

The government says no decision has been made on increasing Canada’s contacts with the Kurds, but analysts are urging caution given their stated desire for independence.

Canada has had a trade office in the capital of Iraq’s semi-autonomous Kurdistan region, Erbil, since 2013, but the Kurds’ top diplomat says his government wants to see it upgraded to a consulate general.

“We would very much like to upgrade that into a full-fledged consul general so that it will be able to have political consultations, economic co-operation, cultural aspects,” Falah Mustafa, head of the Kurdistan Regional Government’s foreign relations office, said during a recent interview in Erbil.

Mustafa said he is making the request now because the Liberal government recently announced that it plans to appoint Canada’s first resident ambassador in Baghdad in 26 years.

The Canadian ambassador to Jordan has been responsible for overseeing Canada’s diplomatic activities in Iraq since the First Gulf War, assisted by a lower-level charge d’affaires based in Baghdad.

This is despite the fact Canada has had hundreds of troops and spent millions of dollars in foreign aid in Iraq since the summer of 2014, when the Islamic State of Iraq and the Levant first emerged as a threat.

Much of that effort has focused on the Kurds, who are hosting millions of refugees in camps throughout their territory and whose peshmerga fighters are on the frontlines against ISIL.

Mustafa said the Kurds are grateful for Canada’s military and humanitarian support, but that they would like to see it help Iraq’s Kurdistan region grow and succeed over the longer term as well.

“Since we are committed to good governance, transparency and good delivery, we need to be helped and assisted, institutionally, so that we meet that objective,” he said.

“So therefore it is important for us if Canada is able to help us, support us, and provide us the necessary institutional techniques to do so.”

A spokesman for Foreign Affairs Minister Chrystia Freeland said Canada is committed to Iraq’s peace, stability and development, including through its trade office in Erbil.

“No decisions have been made,” Alex Lawrence said about upgrading the Erbil office, “but as evidenced in recent years, we have progressively expanded our diplomatic presence in Iraq.”

Thomas Juneau, an expert on Middle Eastern politics at the University of Ottawa, said the government’s decision to appoint a full-time ambassador to Iraq “is years too late.”

“Especially since we had started the mission against the Islamic State in 2014,” he said, “not having a permanent ambassador in Iraq was a big weakness for our ability to co-ordinate the mission and liaise with Iraqi authorities.”

But he and others worried that upgrading Canada’s diplomatic representation in Erbil, while beneficial in the short-term, could have long-term implications on Iraq’s stability and unity.

“They want to gradually build their autonomy, which includes building their international recognition by upgrading levels of representation,” Juneau said. “How far do we want to be seen to be supporting that?”

Added Middle East expert Bessma Momani of the University of Waterloo: “It’s coming. They’re going to seek independence. And every little bit of international recognition, including a consul general, will be a part of that.”