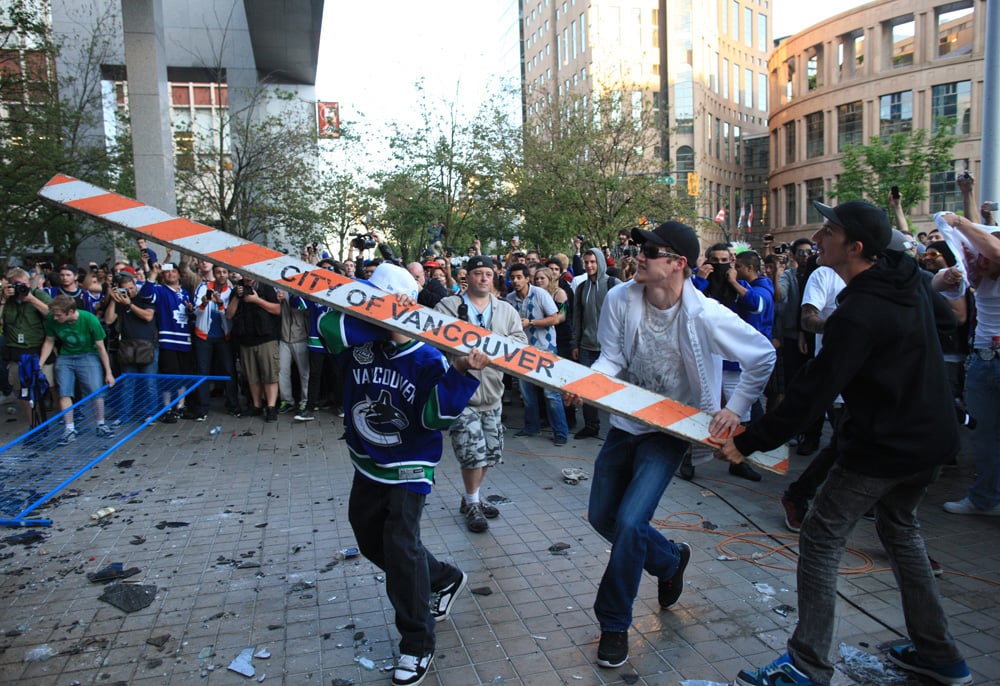 VANCOUVER – Prosecutions for crimes that took place during the 2011 Stanley Cup riots have come to a close, with two more men sentenced to time behind bars.

Both William Fisher and Jeffrey Milne were found guilty on a series of charges including aggravated assault, taking part in a riot, and break and enter.

Fisher was sentenced to 36 months in prison Friday, while Milne received 32 months.

The sentences are the two highest handed out for crimes committed during the melee, said B.C. Justice Minister Suzanne Anton.

“When you commit criminal acts like that, you can expect that the system will respond. And it has,” she said.

The five-hour riot erupted June 15, 2011, moments before the Vancouver Canucks lost Game 7 of the Stanley Cup final to the Boston Bruins.

Businesses and civilians suffered losses estimated at $2.7 million and $540,000, respectively, while the cost to the City of Vancouver, B.C. Ambulance Service and St. Paul’s Hospital was $525,000.

Anton was a Vancouver city councillor at the time and said she remembers being downtown right after the riots and seeing the devastation.

Prosecutors laid 912 charges against 300 suspects, and 284 people pleaded guilty. Another six had the charges against them stayed, while 10 went to trial, resulting in nine convictions and one acquittal.

The convictions and associated sentences will be a deterrent to others who may commit crimes, Anton said.

Both the police and the prosecutors office took the crimes very seriously, Anton said.

“It was a shocking night in Vancouver,” she said. “The damage that was caused, the personal terror that it caused people _ it needed a serious response and it got one.”