Anne Kingston: Flagrant disrespect for women and violation of their bodies in plain sight on the campaign trail offered a preview of the president's plans for a nation 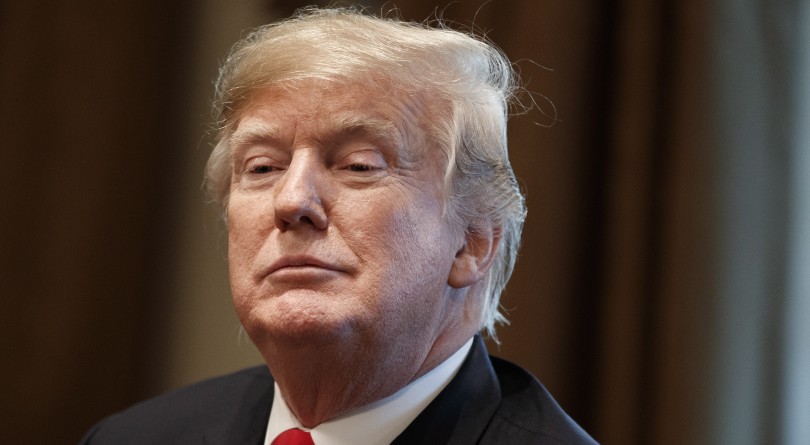 In January 2016, Donald Trump made a brash boast about his impunity from the norms and laws of a civilized, democratic society. He could stand on New York City’s 5th Ave, he said, “and shoot somebody” and not lose voters. Less than four years later, after a constant, diarrhetic stream of corrosive, exhausting lying, bullying, and unprecedented cruelty, greed and corruption by his administration, he’d be proven correct. That came via a report, not that Trump shot someone on 5th Ave, but rather that he raped someone on 5th Ave in the mid-90s, in the dressing room of department store Bergdorf Goodman. The attack was detailed in an excerpt from journalist E. Jean Carroll’s new book, What Do We Need Men For?, in New York magazine.

In “My List of Hideous Men,” the 75-year-old advice columnist names the many boys and men who groped, assaulted, harassed, strangled, and attacked her over her lifetime with bracing wit and poignant wisdom. It’s a list that includes former CBS CEO Les Moonves and Fox News founder Roger Ailes, who both were ejected from their lofty positions post-#MeToo. Carroll’s most “hideous” man is now president of the United States, she writes, recounting a friendly encounter that quickly turned savage: a fully dressed Trump “opens the overcoat, unzips his pants, and, forcing his fingers around my private area, thrusts his penis halfway — or completely, I’m not certain — inside me. It turns into a colossal struggle.” She pushed him away and fled.

Carroll’s accusation now figures as a harrowing watershed, and not because it reveals anything new about the U.S. president—a sentence that should summon shock and impeachment proceedings, but hasn’t. It revealed a country and media so corroded, so wearied, so disoriented by Trump’s trampling of political norms and decency without checks and balances that his once-mocked boast of being untouchable and unaccountable has been internalized. Thus, what Carroll says happened in that dressing room isn’t just one more woman coming forward a quarter of a century later, it’s a metaphor for what the former reality-TV-show-star turned autocrat is doing to a nation: an improbable lark quickly turned into an attack on the American body politic and democracy itself.

The credibility of Carroll’s report, ironically, rests less on the public corroboration by two friends she told at the time than Trump’s own “Grab them by the pussy” sexual-assault MO braggadocio. Carroll is the 22nd woman to accuse Trump of assault, and not the first to detail rape, though she chooses not to use that word. In a sworn deposition in divorce proceedings, Trump’s first wife, Ivana, described a 1987 rape; she dialled back the charge after settlement.

Predictably, Trump supporters, who elected him after nine women accused him of assault, remained stalwart. Trump’s objectfication of women as commodities that either please or disgust him likely burnished his brand with his base, Carroll observes: “the poor saps” see Trump as “their favourite Walking Phallus.” Two Republican senators have called for an investigation, though if Robert Mueller’s report didn’t force accountability, it’s hard to see how Mitt Romney will.

Far more telling of entrenched Trump assault ennui was the media coverage, or lack of it, of a public figure accusing the president of rape. It wasn’t front-page worthy for the New York Times, Wall Street Journal, Los Angeles Times, or Chicago Tribune. The Times ran the story in its books section; “we were overly cautious,” editor Dean Baquet later said. The scene resembled an Ouroboros eating its own tail—with media focus on media downplaying the story or censoring it, seen with the Rupert Murdoch-owned New York Post scrubbing it from its website.

Rather than seek a moral compass to reclaim lost normalcy, many outlets played stenographer for Trump, quoting him responding to Carroll’s allegation as he does to all threats: “Deny, Attack, and Reverse Victim and Offender,” or DARVO, a strategy commonly used by those accused of sexual assault, and their lawyers: the accused becomes the true “victim,” and the accuser is the offender. Not uncoincidentally, it’s also a gas-lighting technique used by dictators to consolidate power: by framing themselves, and their followers, under constant attack.

Trump lied that he’d never met Carroll, despite a photo that accompanied the New York excerpt that showed him and Carroll chatting amiably at a 1987 NBC party. Trump doubled down and accused Carroll of lying to sell her book. “What she did is terrible,” he said: “women are ruining men’s lives by coming forward with these types of allegations.” He compared himself to Brett Kavanaugh, who was victimized all the way onto the U.S. Supreme Court, while his accuser, Christine Blasey Ford, had her life upended.

Most risibly, the president recycled a favourite defence, calling Carroll not attractive enough to sexually assault: “she’s not my type,” he said. (“That would not be my first choice,” he said of Jessica Leeds, who reported Trump groped her on an airplane in the ‘80s.) Even that’s not true: 25 years ago, Carroll, a former beauty-pageant winner, was a dead ringer for Trump’s second wife Marla Maples.

That’s beside the point, of course. Sexual assault is not about sexual attraction; it’s about exerting power and imposing will over another. And here Trump’s flagrant disrespect for women and violation of their bodies in plain sight on the campaign trail offered a preview of his plans for a nation. Carroll was able to flee from Trump, though her account suggests she never fully escaped. As for America, based on the response to Carroll’s claim, it’s clearly still stuck in that Bergdorf Goodman dressing room.