Left to the Taliban: 'Nobody from Canada has contacted us'

Adnan R. Khan: While other countries hurriedly work to get people out, Canada's Prime Minister appears to not have a clue. And this country's silence is deafening. 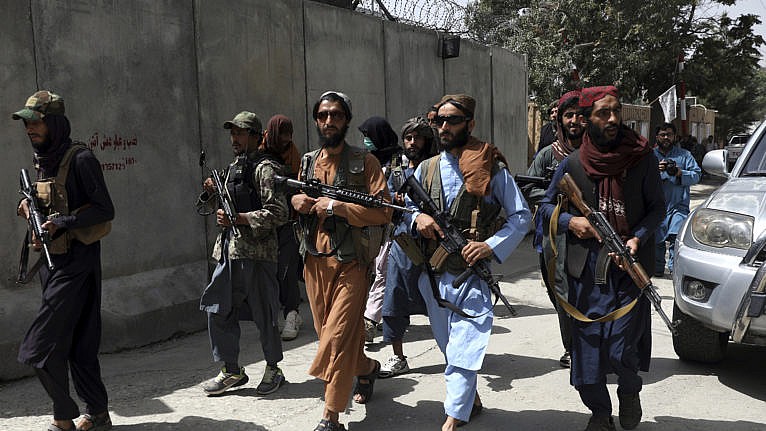 At 10 am on Sunday morning, when Prime Minister Justin Trudeau was scheduled to announce an early election for Sept. 20, Kabul, the capital of Afghanistan, was descending into chaos. As Trudeau walked up to the podium at Rideau Hall, removed his black face mask and smiled a coy, boyish smile for the cameras, news broke that President Ashraf Ghani had fled Afghanistan, along with his coterie of advisors and other hangers-on at the presidential palace. Trudeau began his speech with Afghanistan, assuring whoever was listening that he knew what was going on. “We’ve been constantly monitoring the evolving situation,” he said, “and I’ve been briefed by officials earlier this morning to get the latest developments on the ground.”

Earlier that morning, which would have been earlier in the afternoon in Kabul, my long-time assistant in Afghanistan sent me video footage from a high-rise building of Taliban prisoners streaming out of Pul e Charkhi prison, including some of its most hardened fighters. A stoic Pashtun from the mountains in eastern Afghanistan, my assistant had never shown much emotion over the decade we’d worked together but this time, his voice wavered. “Adnan, that is Pul e Charkhi prison,” he said on the recording, the camera panning along a line of people more than a kilometre long. “Look at all those people.”

My assistant, let’s call him Abdullah, had a particularly acute reason to worry: he’s been on the Taliban’s hit list for years, in part because of the work he did for a variety of foreign media, including Maclean’s, and in part because he comes from a prominent, pro-government family. Some of those escaped Taliban prisoners pouring out of Pul e Charkhi were likely put there by his family members.

Meanwhile, a world away in Ottawa, Trudeau, standing in front of a gaggle of reporters, was offering a rote, sterile account of what was happening. He talked about the evacuation of Canadian diplomatic staff and Canada’s “commitment to the people of Afghanistan, including women and girls and the LGBTQ2 community”. He checked all the boxes, and performed well in his role of dashing Prime Minister.

What was lacking, however, was any sense that he understood the gravity of the moment. He mentioned the emergency resettlement program Canada had announced on Aug. 13 to bring up to 20,000 Afghans to Canada and said his government will “continue this work throughout the coming weeks”. What seemed astonishingly absent was any understanding that the ground reality had changed since then, and some of the people who will no doubt qualify for emergency resettlement could well be dead or imprisoned in the coming weeks.

With a full Taliban takeover of Afghanistan now virtually complete, the future of people like Abdullah and countless others like him have been thrown into doubt. The hours and days since the fall of Kabul have been a blur, an unending stream of urgent requests and desperate pleas from people terrified of what comes next. First there was Shahida, a medical student in Kandahar city who had learned English and computer literacy at a Canadian-funded school. “Mr. Adnan, please, they are now in our neighbourhood,” she told me on Sunday afternoon from Kabul, where she was visiting family. “What can we do. Can we come to Canada? Where do we go?”

Later it was Shazia and Suria, sisters who had also graduated from the Canadian-funded school and are both now in their third year at university in Kandahar studying computer science. “Mr. Adnan,” Shazia told me by phone, “we tried to go to class this morning but the Taliban said girls are no longer allowed at the university and told us to go home. What should we do? We have heard Canada is offering visas to people under threat. Do you think me and my sister can receive one?”

And there were others, scores of them: Yasmina in Canada who married her Afghan sweetheart in a ceremony in Afghanistan last year and now fears she may never see him again. There were military interpreters, professors, NGO workers and human rights activists, artists and musicians, dozens among the tens of thousands of Afghans who did as the international community had asked of them: they got educated and were helping to rebuild their nation.

Many of them are now in hiding.

Efforts to save these people have been intense and widespread. People across Europe and North America have organized campaigns to pressure governments to ramp up the pace of evacuations. Networks of people are gathering names of some of the most vulnerable and making sure they are given spots on evacuation flights.

As a Canadian, it’s been frustrating to watch the efforts of friends and colleagues from the U.S., France and Germany bear fruit while Canadians wait in limbo. As of Wednesday, the Americans have been flying out evacuation flights every hour while the French have set up twice daily flights. Germany attempted a flight on Monday night but it was forced to take off because of gunfire after spending only a half hour on the tarmac, and boarding a mere seven evacuees.

But at least Germany tried, and German officials have been frantically compiling lists of vulnerable Afghans so that when it is safe to send in evacuation flights, officials at the airport will be ready and the flights will not leave empty again.

Canada, meanwhile, has three airplanes, including a massive Globemaster military transport, sitting in Kuwait waiting to conduct evacuations. Canadians in Kabul tell me they have repeatedly asked for details about when those flights might take place only to be told there is no information. And there seems to be no emergency effort to prepare to extract vulnerable Afghans.

Global Affairs did not respond to a request for comment. Its silence is not surprising but it is deafening. Canadian officials have intimated that they are waiting for the situation outside the airport to come under control before sending in evacuation flights. The situation there remains dire, according to a source in Kabul, requesting anonymity because his organization does not allow him to speak to the media. “The problem is that there are these huge crowds outside all three of the gates leading to the airport,” he told me. “There is an initial cordon guarded by Taliban. If you can get past them you have to deal with U.S. or British soldiers who don’t want to open the gate because it risks letting another flood of people into the airport, which they then have to coral and clear out.”

But Afghans who are waiting to see if they can come to Canada complain that it is not the lack of planes they worry about but the lack of any visible coordination effort. “I don’t want there to be a flight right now,” the daughter of a prominent women’s rights activist who has applied for emergency immigration to Canada, told me, requesting anonymity. “I don’t want to go to the airport right now because the situation there is so dangerous. But it would be good to at least know that we will be placed on a flight. Right now, we are in a state of panic because we don’t know what will happen. Nobody from Canada has contacted us.”

Meanwhile, the Taliban claim people have no reason to worry. At their first official press conference on Tuesday, Zabihullah Mujahid, their long-time spokesman, reiterated the group’s promise that there would be no revenge killings nor any actions taken to punish those who worked with foreigners or the Afghan government. “I would like to assure the international community, including the United States, that nobody will be harmed,” Mujahid said, announcing a general amnesty and telling people at the airport to go home.

But many Afghans are wary. There have been reports of reprisal killings in other Afghan cities which fell to the Taliban over the past few weeks. The Taliban have also broken their promise of respecting women’s right to work and an education in cities like Kandahar and Herat, where women arriving to offices and university campuses have been barred from entering and told to go home.

Most experts worry that the Taliban’s guise of moderation is just that: a ploy until American forces leave completely. When that happens, and Kabul’s airport falls to the Taliban, many fear the escape window for vulnerable Afghans will close.

That sense of urgency was the thing missing from Trudeau’s speech on Sunday. He spoke in generalities, about the “people of Afghanistan”, its women and its girls. But when you disaggregate those categories, what you are left with are individual tragedies: Shahida and the end of her dream of becoming a doctor; Shazia and Suria, locked away in their home; Abdullah counting the days until the Taliban come knocking on his door.

What they are all begging for is not vague promises of something happening “in the coming weeks”, but action, now.