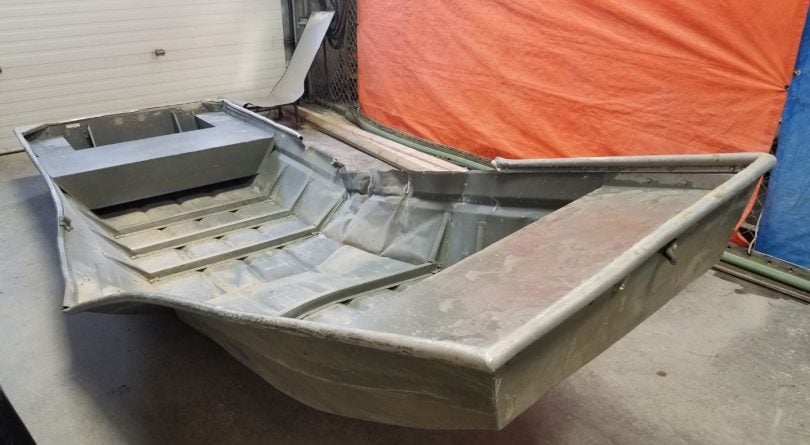 A damaged aluminum boat found by Manitoba RCMP officers on the shores of the Nelson River during a helicopter search on August 2, 2019, is seen in this police image published to social media on August 4, 2019. THE CANADIAN PRESS/HO-Twitter, Royal Canadian Mounted Police, @rcmpmb,

UPDATE Aug. 7, 2019: RCMP say bodies believed to be the two fugitives have been found

Mounties did not say what the items are but that they were found on the shore of the Nelson River.

Mounties searched the river near Gillam over the weekend after a damaged aluminum boat was discovered there Friday.

They said a dive team conducted an underwater search “of significant areas of interest” on Sunday.

The area has been the focus for more than a week in the hunt for Bryer Schmegelsky, 18, and Kam McLeod, 19, who are suspects in the killings of three people last month in northern B.C.

The news comes after RCMP said last week they would be scaling back their manhunt in the Gillam area, where a burned-out vehicle the suspects had been travelling in was found.