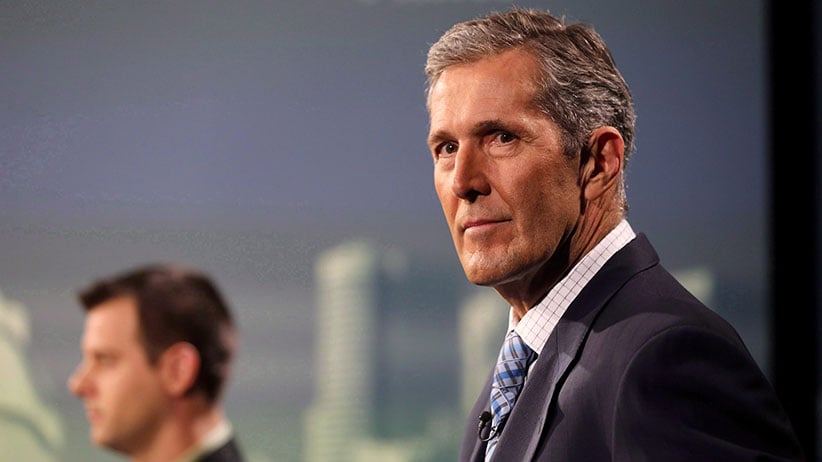 A bill introduced in the legislature would force a two-year wage freeze on public-sector workers — including teachers, nurses, and doctors who are paid through fees — when their current collective agreements expire.

They would receive a 0.75 per cent pay increase in the third year and one per cent in the fourth.

“We’re taking a moderate and reasonable approach here that we think will put us on the road to recovery in this province,” Premier Brian Pallister said.

While he described the bill as fair because it does not call for existing contracts to be reopened, a top provincial labour leader said the government is interfering in collective bargaining and the bill could face a court challenge.

“We want to work together to balance the budget and we think we can do that at the bargaining table,” said Kevin Rebeck, president of the Manitoba Federation of Labour.

“Them limiting our ability to do so isn’t fair and isn’t reasonable.”

“Our conversations with labour are ongoing. They don’t stop here,” Friesen said.

Another bill introduced Monday would remove a cap on tuition fees, which limits increases to the rate of inflation. It would allow for annual tuition hikes of five per cent on top of the inflation rate.

The aim is to give colleges and universities a much-needed cash injection, said Education Minister Ian Wishart, who added that scholarships and bursaries would be increased to help low-income students.

A few dozen students raised banners and chanted loudly outside the chamber after the bill was introduced, while, inside, the Opposition New Democrats said the tuition hikes would hurt.

“In my own constituency … students are already using food banks to make ends meet. Does the premier expect students who use food banks to come up with another $1,250 over the next four years?” education critic Wab Kinew asked.

Statistics Canada figures show average tuition fees for undergraduate programs in Manitoba are among the least expensive in the country at $4,000 a year. The government’s bill would require tuition to remain below levels in the other western provinces.

The Tories were elected last year on a promise to eliminate the deficit, last estimated at $872 million, by the end of their second term. The government has so far reduced the number of cabinet ministers by one-third and has ordered Crown corporations to cut their management ranks by 15 per cent.

The wage-freeze and tuition bills were among seven pieces of legislation announced Monday — the final day to introduce bills and have them voted on before the summer break in June.

Another bill would set restrictions on marijuana, once it is legalized federally, similar to those on alcohol, including a ban on consumption in a vehicle.

It would be listed as an intoxicant and police would have the right to suspend a driver’s licence for 24 hours if they thought a person was under the influence of pot.

It could not be smoked in an enclosed public place

Other bills introduced would:

— Raise the limit on individual donations to political parties and candidates to $5,000 a year from $3,000 and loosen limits on political advertising in election years. The changes could help the Tories who have outperformed the NDP in fundraising.

— Pave the way for ride-sharing services such as Uber to operate in the province and allow municipalities to regulate the industry.

— Tighten requirements for voter identification at polling stations to bring the province in line with federal and municipal rules.

— Reduce the number of bargaining units in the health-care sector and force union locals to have one bargaining unit for each class of worker in any regional health authority or provincewide agency.