Mark Zuckerberg points to privacy, a deal for Shannon Szabados 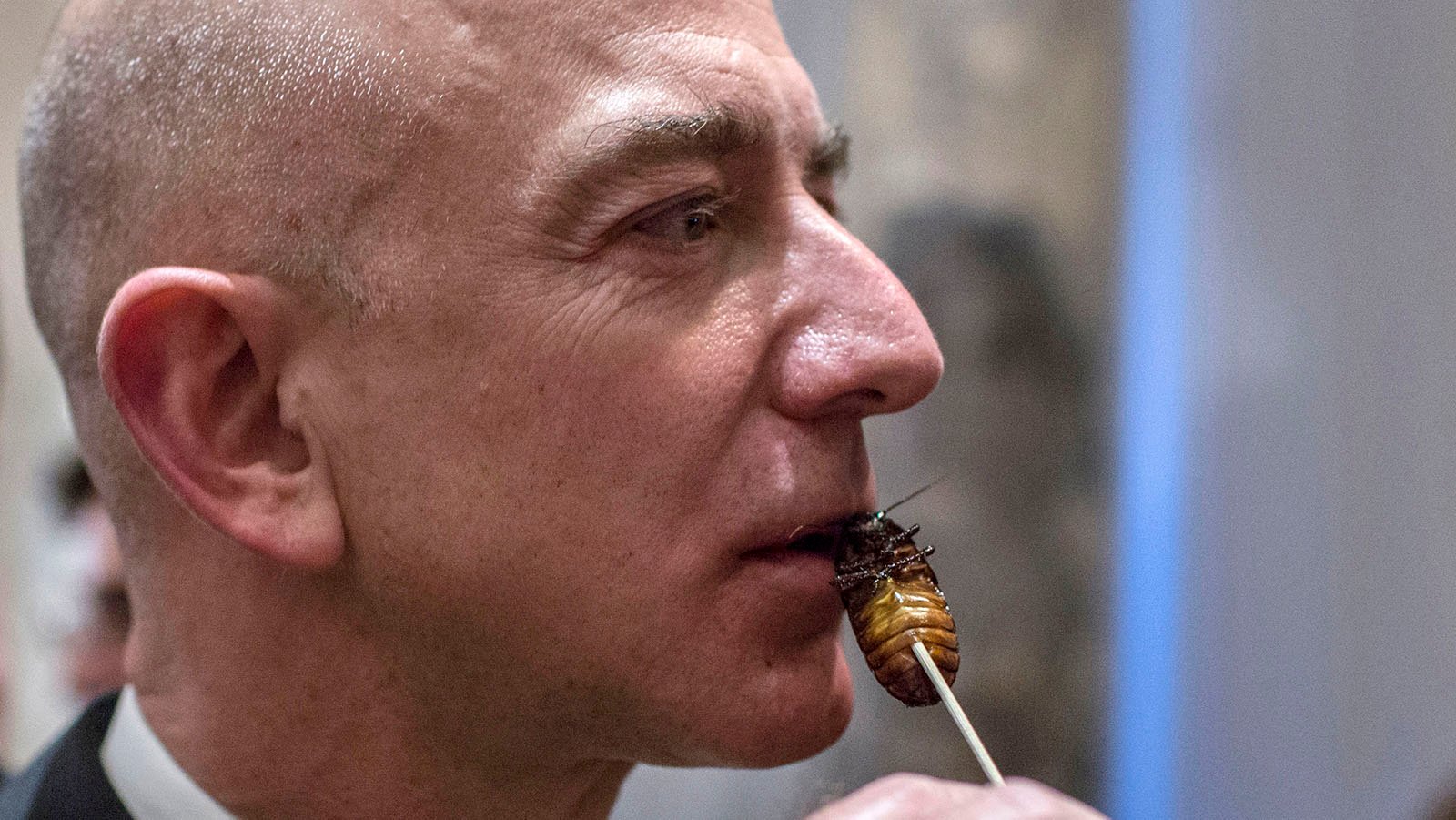 Tasteful: Amazon CEO Jeff Bezos dined on a cockroach while being honoured at the 110th Explorers Club dinner for his efforts in ocean exploration. (Andrew Kelly/Reuters)

In an instance of the pot calling the kettle black, Facebook’s hoodie-wearer-in-chief rang up America’s commander-in-chief to give him a stern lecture about the NSA’s data-mining proclivities. Forgetting for a moment that the social-media network trades in data mining, Zuckerberg says he’s worried the agency has “weaponized” the Internet now that it’s able to secretly enter any user’s web browser. The White House did not divulge details about Zuckerberg’s conversation with Barack Obama, but given the old-fashioned way contact was made, it seems likely the NSA already knows.

After offering support to protesters in Ukraine during his acceptance speech at the Academy Awards, the actor endured a smattering of headlines questioning whether the star of Dallas Buyers Club could back up his talk with action. Chalk one up for the power of celebrity, then, as Leto made a post-awards stop in Kyiv last week, along with his rock band 30 Seconds to Mars. “You guys are in the midst of something really beautiful,” he said. “And it may be difficult, but there’s no price too high to pay for the privilege of owning yourself.”

In 1977, North Korean agents kidnapped the 13-year-old as part of a program to abduct Japanese nationals to learn about their customs. The dictatorship told Japan that Yokota died by suicide in 1994; Tokyo has long rejected the claim, saying her repatriated ashes failed a DNA test. Meanwhile, her parents, Shigeru and Sakie Yokota, have begged for her release ever since and, on Sunday, they got the next best thing: a meeting with Yokota’s daughter, Kim Eun-gyong, 26. “It was a miraculous event,” the couple said of the emotional encounter, the first time they ever met their granddaughter.

In another blow to Quebec’s corruption-plagued image, the now-retired Montreal police officer pleaded guilty to feeding insider information to the Hells Angels. Even worse, he was prepared to tell René Charlebois—a convicted police-informant killer—the secret location where a star prosecution witness was being kept. Roberge said he was coerced because of threats against a relative. “He had to make a quick decision . . . He took the wrong path,” defence attorney Richard Perras said of his client.

The Edmonton-born hockey goaltender has been on winning teams (snagging an Olympic gold medal in Sochi) and losing teams (filling in as a practice goalie for the miserable Edmonton Oilers). Now she’s officially gone pro as a member of the Columbus Cottonmouths, making her the ﬁrst woman to play in the Southern Professional Hockey League. Maybe settling down on one team will give Szabados a chance to get her affairs in order—she told reporters when she signed the contract that she hadn’t even unpacked since getting back from Russia three weeks ago.