Image of the Week

Image of the Week: The governor general is a symbolic role and Simon's appointment a symbolic victory. But her land acknowledgement—a bit of symbolic prose—is more than that. 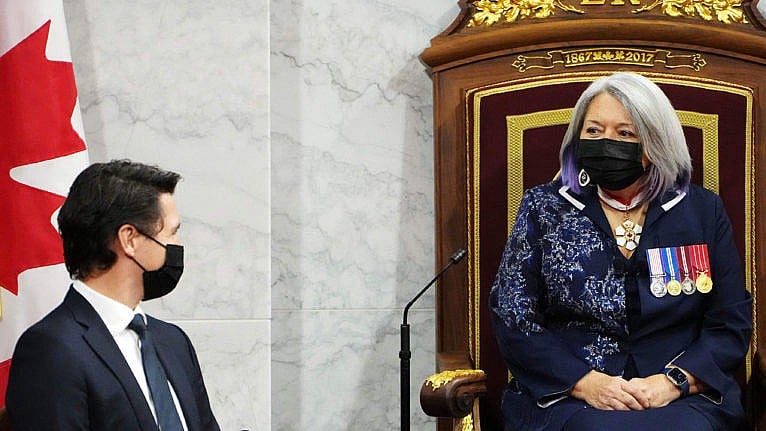 Land acknowledgements, once a good-faith effort to start a dialogue about Indigenous history, have come under heavy fire since going mainstream. They’ve been criticized for being ineffectual, superficial and essentially a list of names read off a piece of paper. But no one could lob those critiques at Inuk Governor General Mary Simon’s land acknowledgement, which flew in the face of its more casual counterparts. “This land acknowledgement is not a symbolic declaration,” she began. “It is our true history.” She then urged MPs to learn about their own communities’ Indigenous communities, segueing into the hundreds of unmarked children’s graves, which in turn segued into reconciliation, before addressing climate change, the pandemic, housing and other issues ripped from the recent election campaign. As has been pointed out in this publication, there are no new promises to be found, no revelations that diverge from the Liberal platform. But it’s easy to be cynical of the speech, the promises, the land acknowledgments. The governor general has always been a symbolic role. Simon’s appointment was a symbolic victory. And her land acknowledgment, like all land acknowledgments, is a symbolic bit of prose—yet also one worth our attention.